Surveillance video shows person of interest before horse was stolen, killed for meat 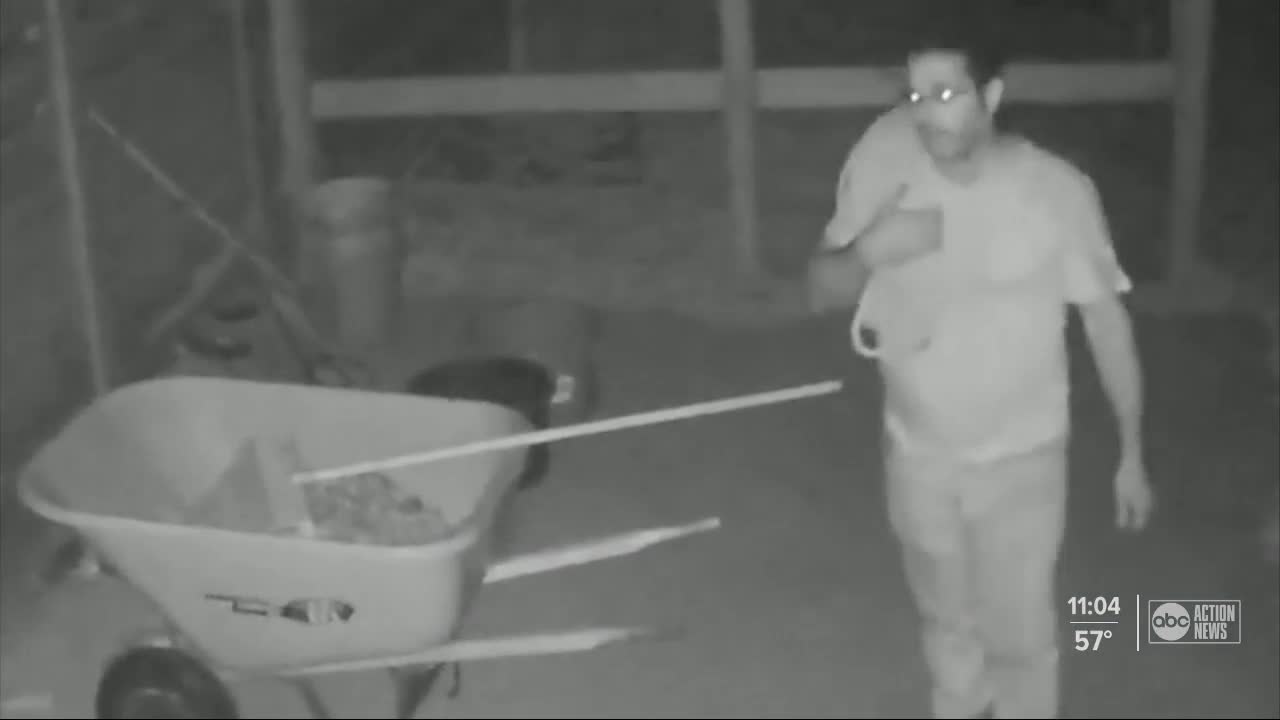 Authorities in Manatee County are searching for information after unknown suspects stole a horse and killed it for meat over the weekend, according to the sheriff's office. 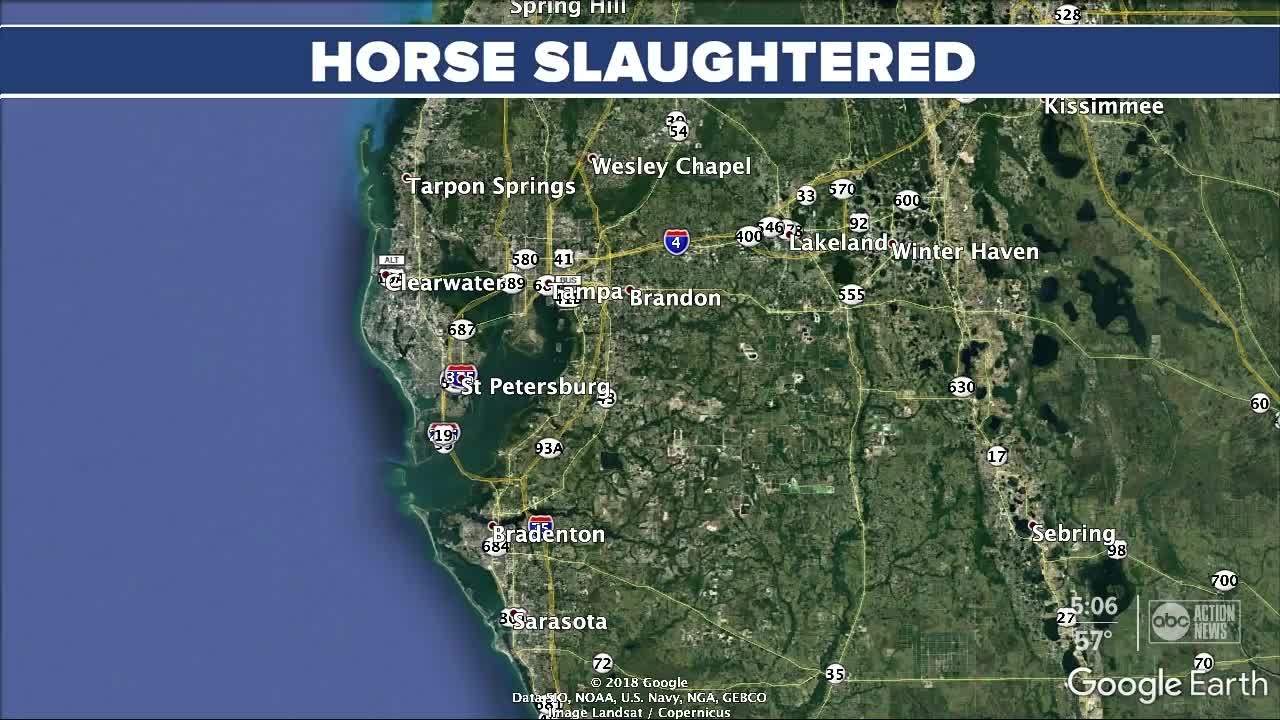 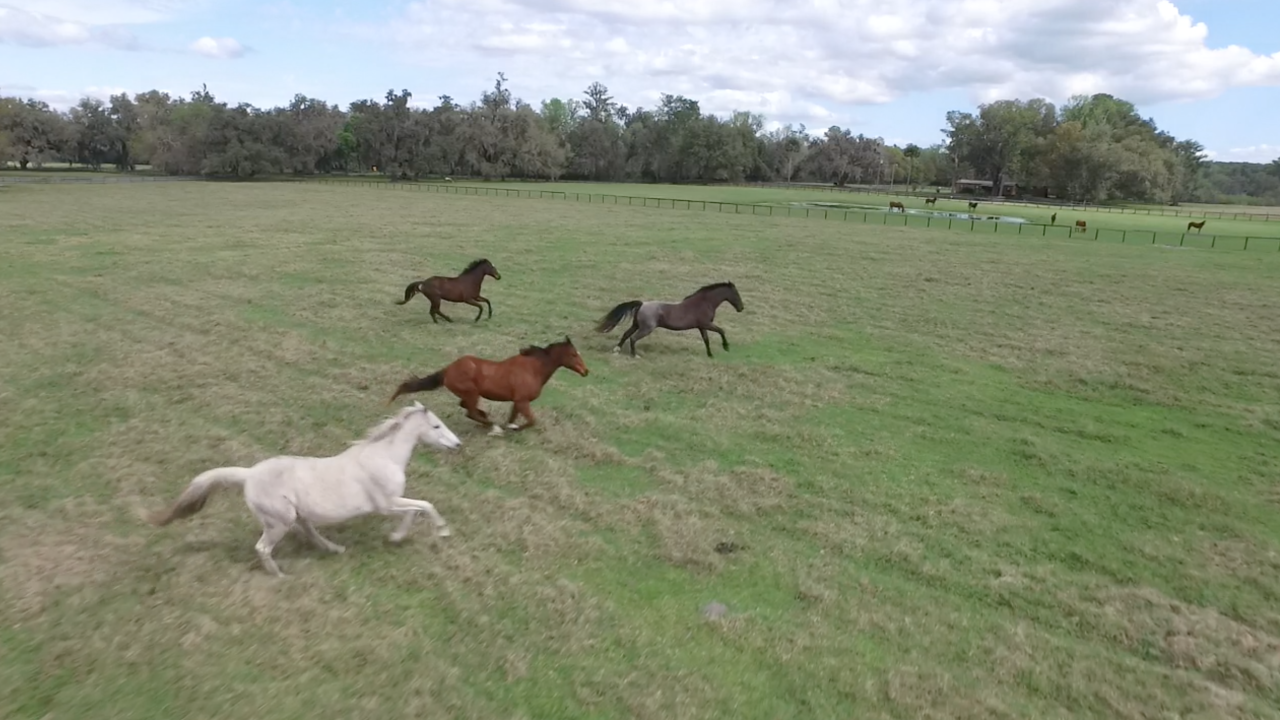 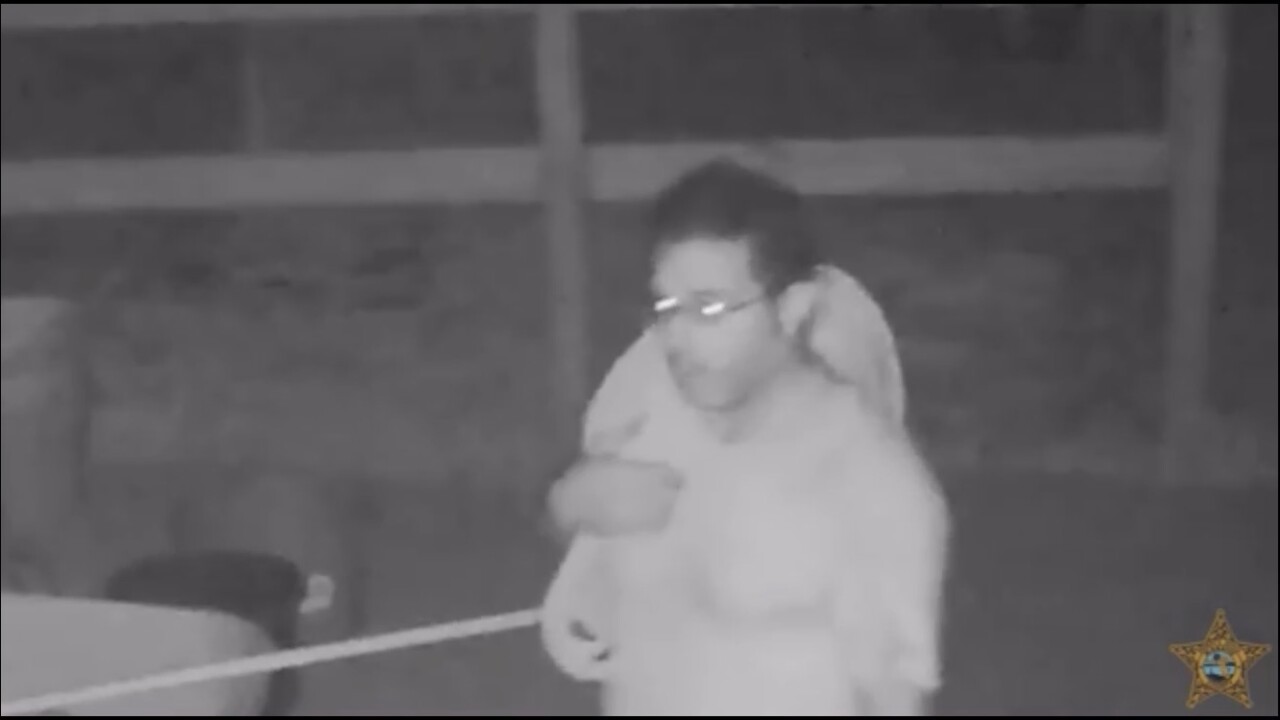 PALMETTO, Fla. — The search continues after an unknown suspect stole a horse and killed it for meat over the weekend, according to the sheriff's office.

Deputies say sometime between 5 p.m. on Sunday and 8 a.m. on Monday, the suspect forced his way through a locked gate on the 5800 block of Buckeye Rd and stole the horse.

"I'm thrilled right now. I haven't been this excited since it happened to us cause I didn't think we would catch him," Steve Stephens told ABC Action News reporter Michael Paluska. Stephens is the owner of Centennial Farms. On Oct. 25, 2015, one of his prized horses worth $500,000, Phedras De Blondel was slaughtered for meat. Stephens farm is a little over a mile away from the most recent case.

"He did the same thing, took it from the stall, took it off-premises, and killed it," Stephens said. "Cut the shoulders off, cut the hindquarters off, took the loin out of the back, the same thing that happened to ours; this horse was processed in the same way."

Stephens doesn't know if this is the same person who killed his horse, but he feels one step closer to solving the case for himself and his neighbors.

"Man, I am blown away, and I am so happy. That clarity, somebody is going to be able to recognize that person. That is super video. I call him the Boogey Man. But, he doesn't have a heart. If he will do that to a horse, if we walk up on him, I don't doubt that that person wouldn't kill you to get away."

Stephens is now offering a $5,000 reward for information that leads to an arrest.

Suspects wanted after stealing horse, killing it for meat: Sheriff