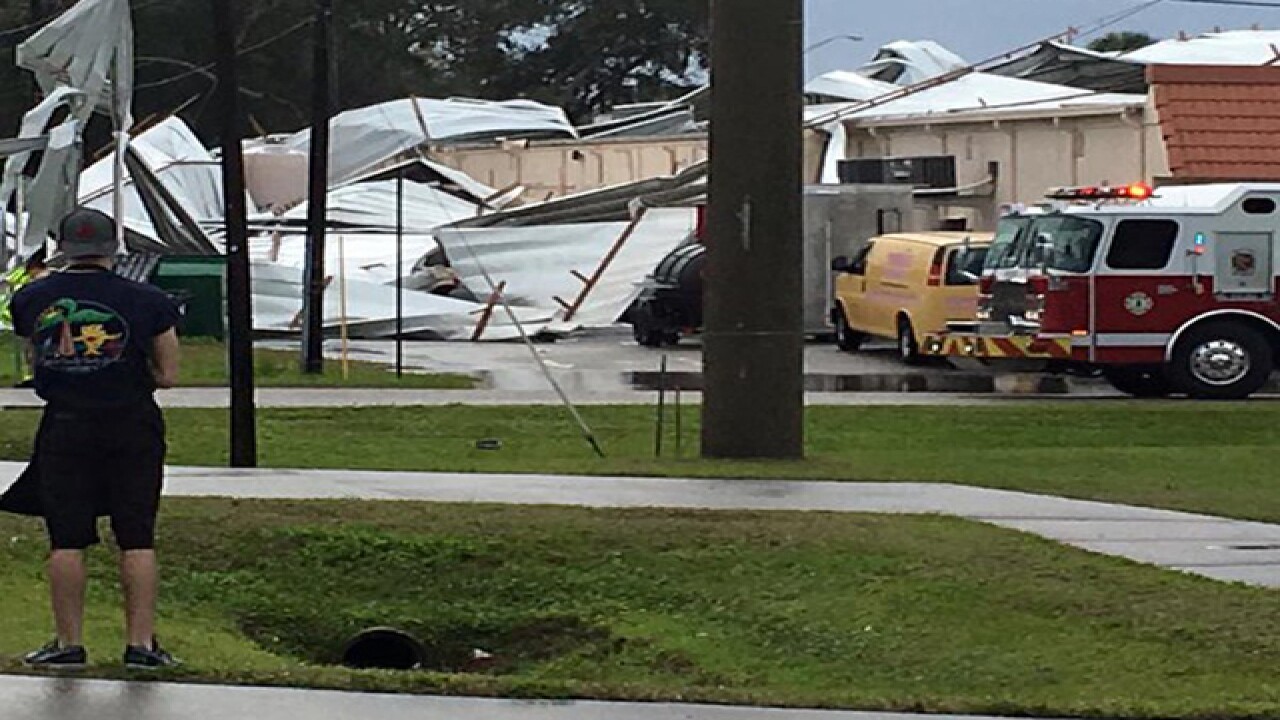 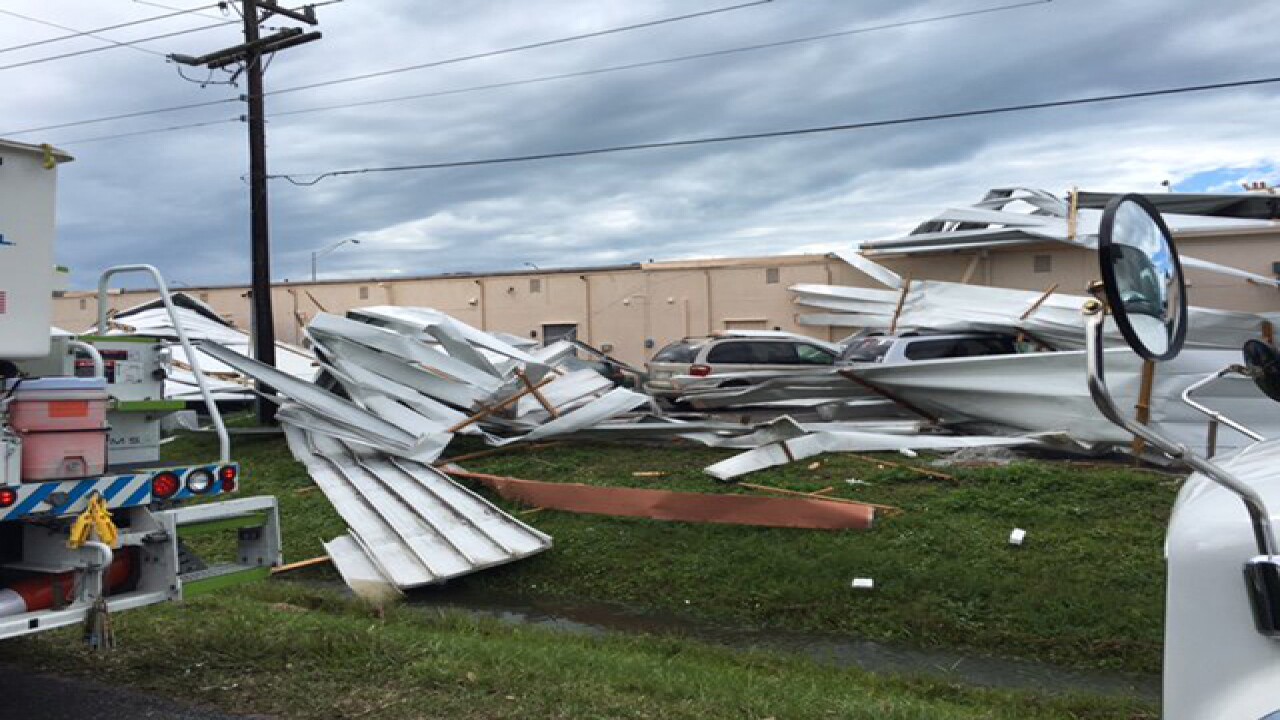 By: WFTS Webteam, Jacqueline Ingles
Posted at 11:55 AM, Jan 15, 2016
Straight-line winds are likely to blame for the roof being blown off a shopping plaza in Venice.
According to the Sarasota Sheriff's office, high winds ripped off a portion of a metal roof at the Ark Plaza located at 2045 S. Tamiami Trail.
Portions of the roof landed on cars parked at the plaza.
No one was hurt.
"We just heard lots of rumbling and the lights went out and the top of the roof just blew off," said Allen Tines, a business owner.  "Looks like a can opener just opened it up and peeled it off."
The National Weather Service said 40-50 MPH winds were reported in the area at the time of the incident.
"Pretty wild!" Tines added.
Business owners were allowed back inside to grab a few personal items.  Tines, who owns a donut shop, decided to grab everything that had been freshly baked and hand them out to first responders.
"Just feeding everybody," he said.
According to Tines, there was no structural damage and the top layer of the roof blew off.  However, there is another layer of roof so business interiors are not exposed to the elements.
Scripps Only Content 2016