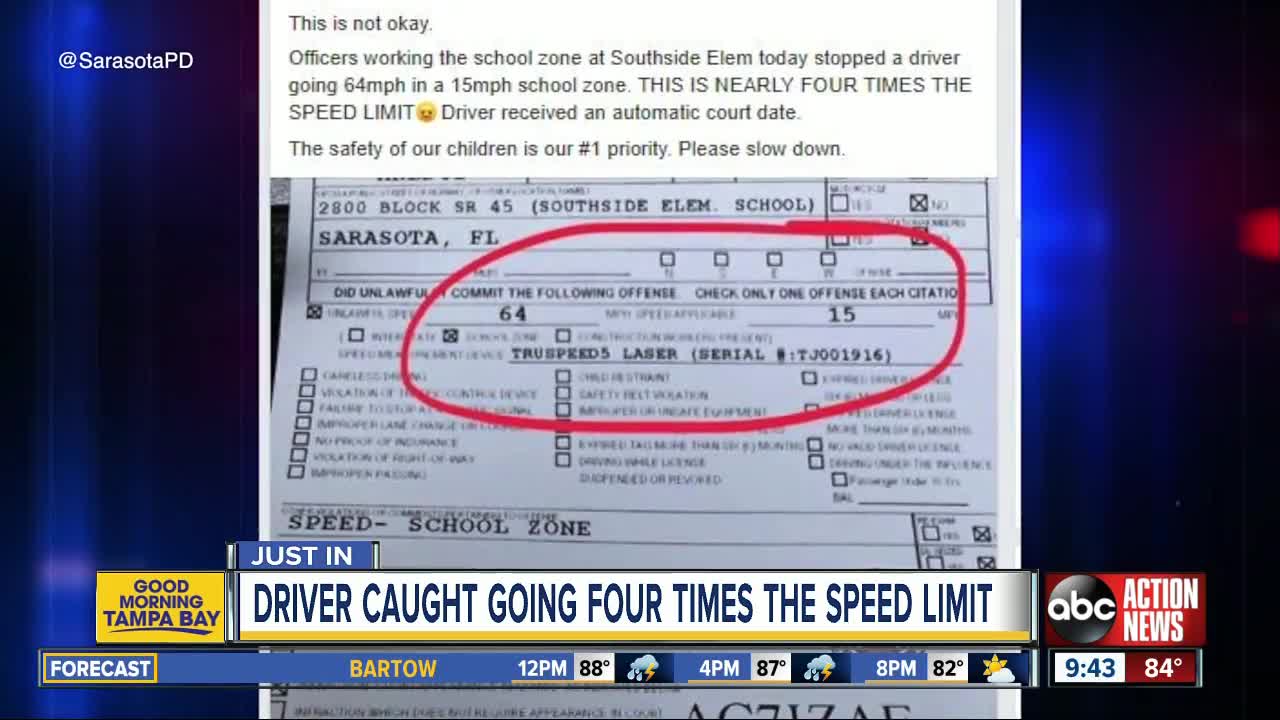 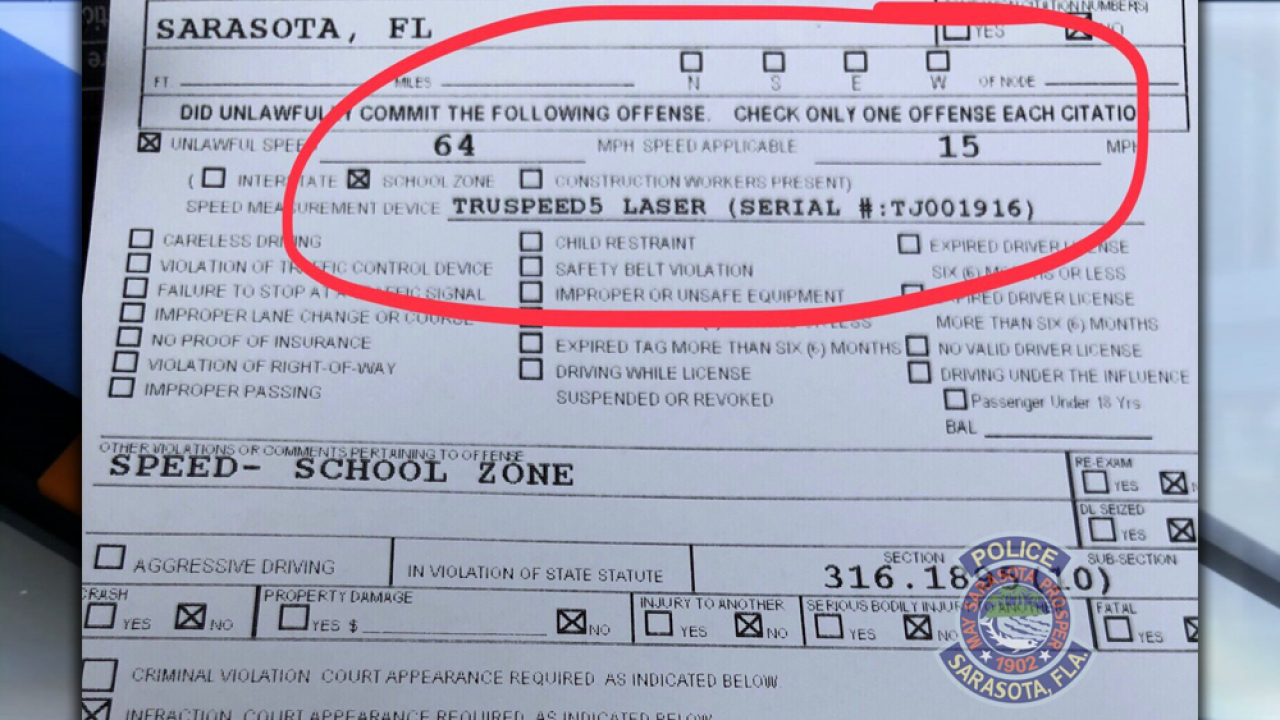 SARASOTA, Fla. — Police are urging drivers to slow down in school zones.

On the second day of school for Tampa Bay area students, Sarasota police stopped a driver who was going 64 miles per hour in a 15 mph school zone.

RECOMMENDED: SLOW DOWN | Speeding through a school zone could cost you hundreds of dollars...or worse

The driver was going "nearly four times the speed limit" near Southside Elementary, according to the Sarasota Police Department's Twitter account.

This is not okay.

The safety of our children is our #1 priority. Please slow down. pic.twitter.com/gHC0UzA5kd

"It’s an automatic court date and a judge will determine further consequences," they responded to a Twitter user who said the driver should have been arrested.

On the first day of school, Sarasota Police Department posted to Facebook about a driver going 37 miles per hour in a 15 mph school zone. The department says that's a $456 citation in the city of Sarasota.

The city provided us with the following price breakdown of citations for speeding in a school zone:

While they differ from county to county, they are pretty similar and if you're caught whizzing through a school zone, you're going to pay the price.