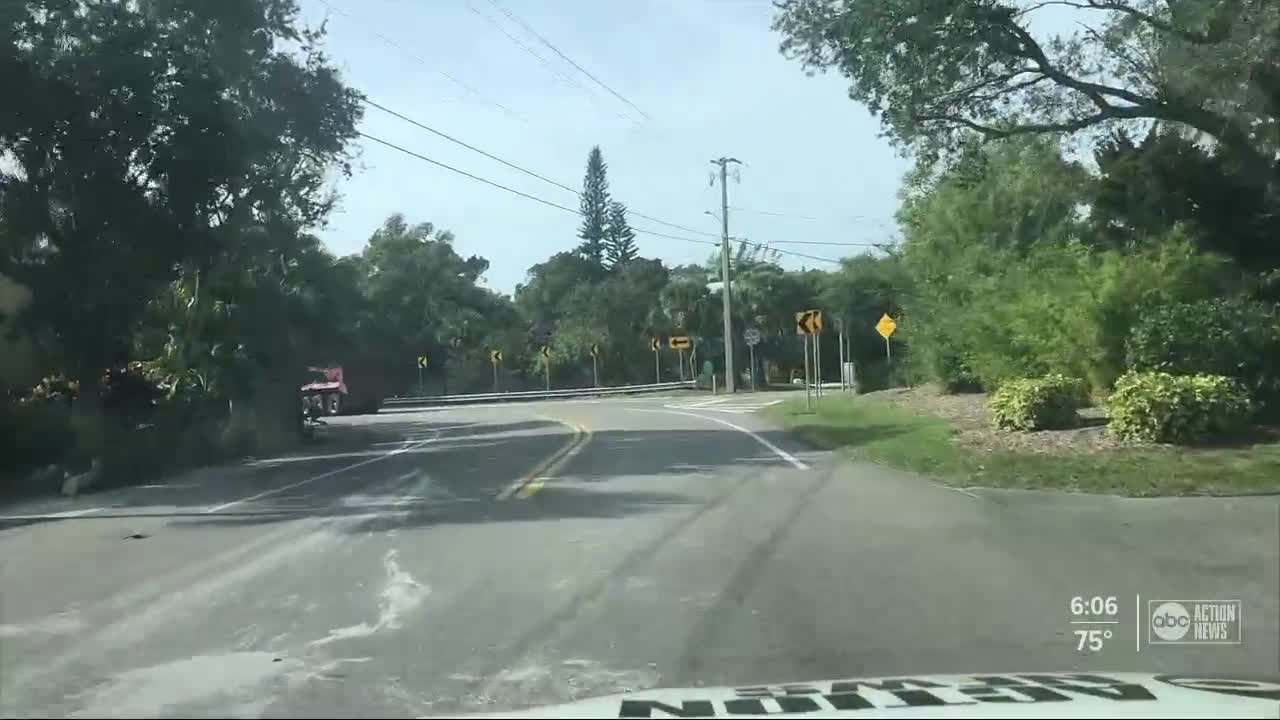 Homeowner Colleen Reiheld is pushing for this changing, hoping the county will move fast and make some safety improvements on all four roads, especially Siesta Drive.

She and her husband have lived off of Siesta Drive, across from what they call "dead man's curve" for 24 years. She said it's a quiet neighborhood, except for all the crashes they hear.

"Our bedroom is close to the road and we hear horrible screeching," she said. "We've seen a number of accidents. Some of them have been fatal."

According to officials, there have been about six fatal crashes on Siesta Drive from 2013 to 2018. Aside from the fatal crashes, Reiheld said someone has crashed into her neighbor's brick wall several times and recently broke his fence.

"We have a neighbor where a car landed on their roof," she said. "It's frustrating."

FDOT came out and put up arrows to warn people about the curve, after they asked for help. There are also radar signs up to warn drivings going too fast. Homeowners say that's not enough. They believe the county will do a better job protecting drivers, pedestrians and cyclists.

"They really need to come out and look at the traffic and the timing," she said. "I'd like to see them do something where it's not so blind out there, and anything to move this forward. It'll save a life."

If the homeowners get what they want, the country will officially take control of the four roads by 2021.