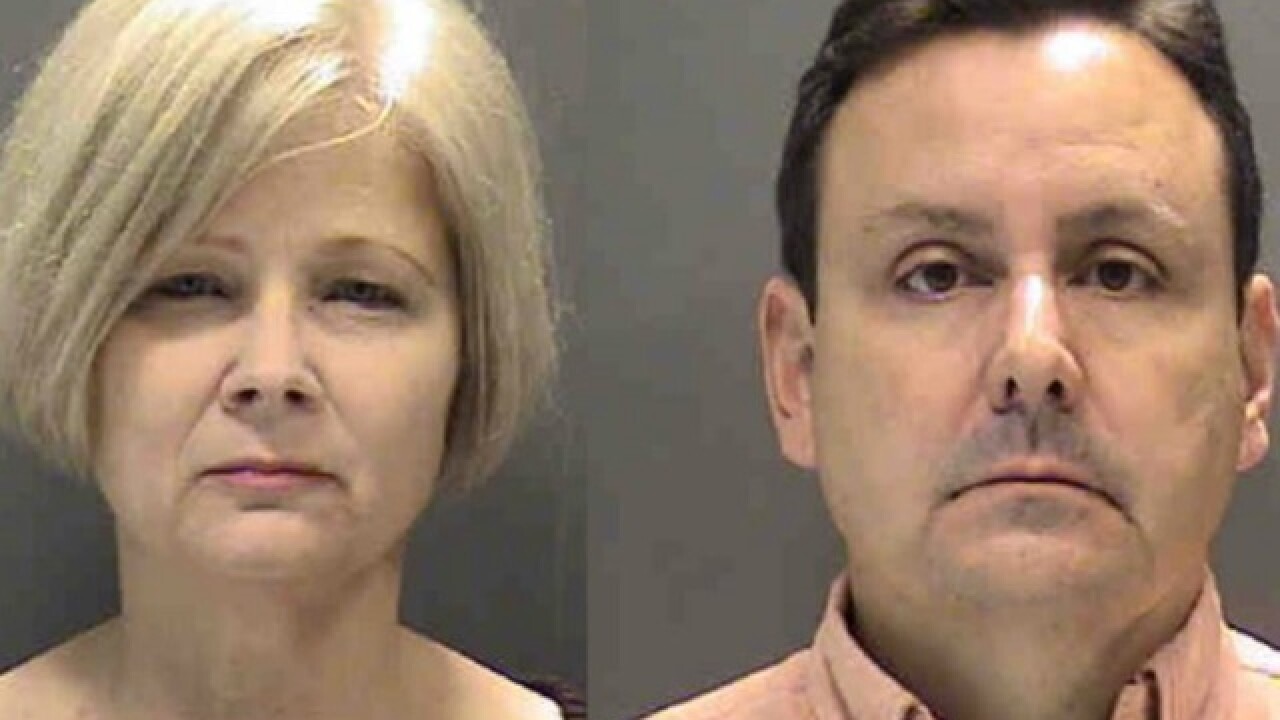 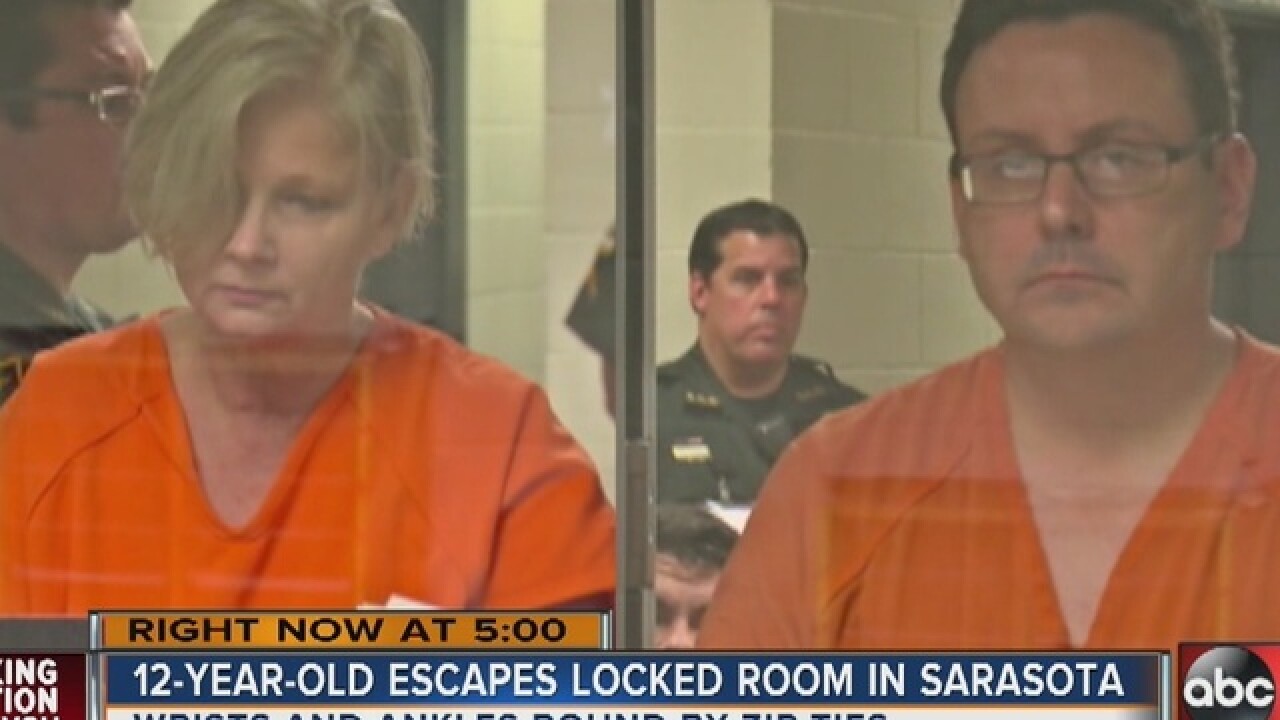 By: WFTS Webteam
Posted at 10:58 AM, Jan 06, 2016
The parents of a 12-year-old girl in Sarasota have been arrested after it was discovered she was routinely restrained by zip ties and confined to a "playhouse."
Eugenio Erquiaga, 51, and Victoria Erquiaga, 53, are charged with aggravated child abuse, according to detectives from the Sarasota County Sheriff's Office.
Investigators said the two would restrain their daughter's hands and ankles with zip ties when she got angry and regularly locked her in a playhouse in a loft area of their home. Investigators said it was also used as her bedroom.
On Dec. 27, deputies were called to the area for a possible kidnapping after the 12-year-old went to a neighbor's front porch with her hands and ankles tied.
Deputies investigated and the girl showed them the "playhouse."
According to the affidavit, the room was 5 feet by 7 feet wide and 7 feet tall. The door could be barred shut by a large piece of wood and all but one of the windows had been screwed shut. The playhouse reeked of urine and the wooden floor was discolored. The girl said she was often forced to soil herself because she couldn't get out of the playhouse.
The room also contained an "eye hook." The Erquiagas told deputies they would secure the girl's zip ties to the hook to keep her from kicking the playhouse apart. They also stated that while the child is allowed to eat dinner with the family, which includes seven other children, she is sometimes forced to sit on the floor to eat.
The Erquiagas said their daughter has behavioral issues, which is why they took the actions they did.
The couple’s other children have been taken into protective custody.
LISTEN | Father calls 911 to report daughter missing