Wallenda trained for the stunt in Sarasota 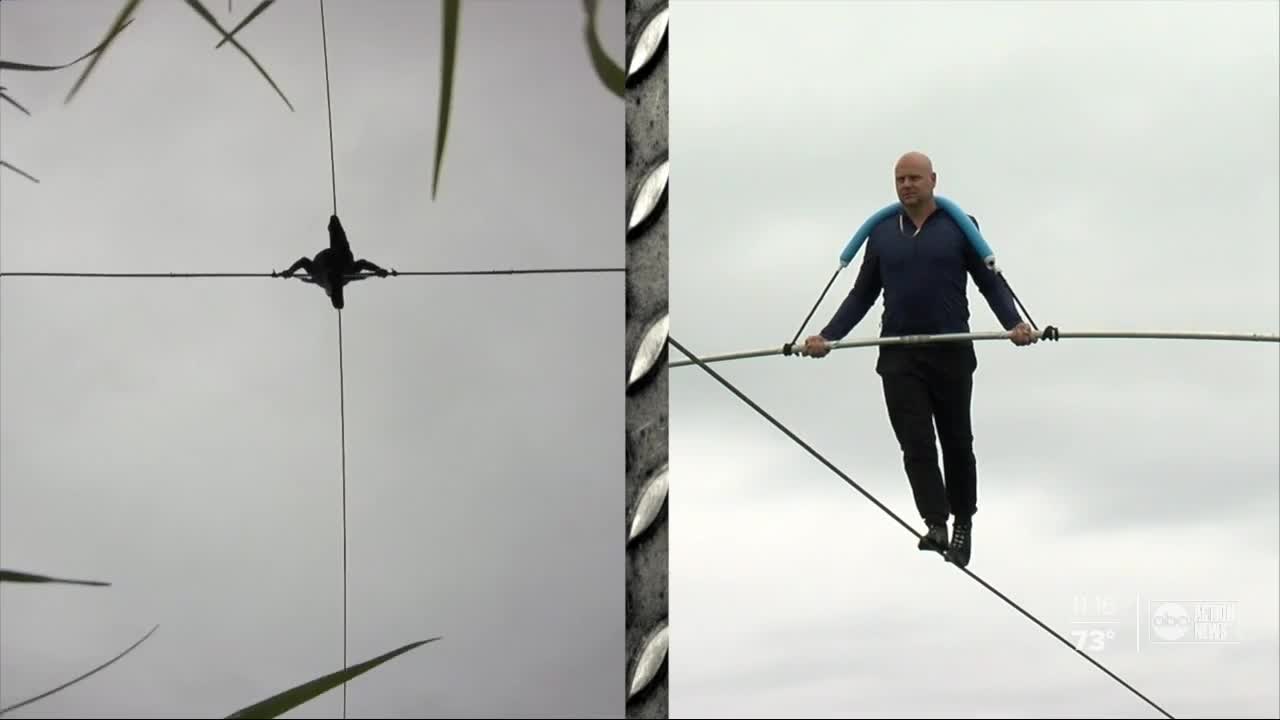 Nik Wallenda successfully walked across an active volcano on Wednesday. He trained for the stunt in the backyard of his Sarasota home. 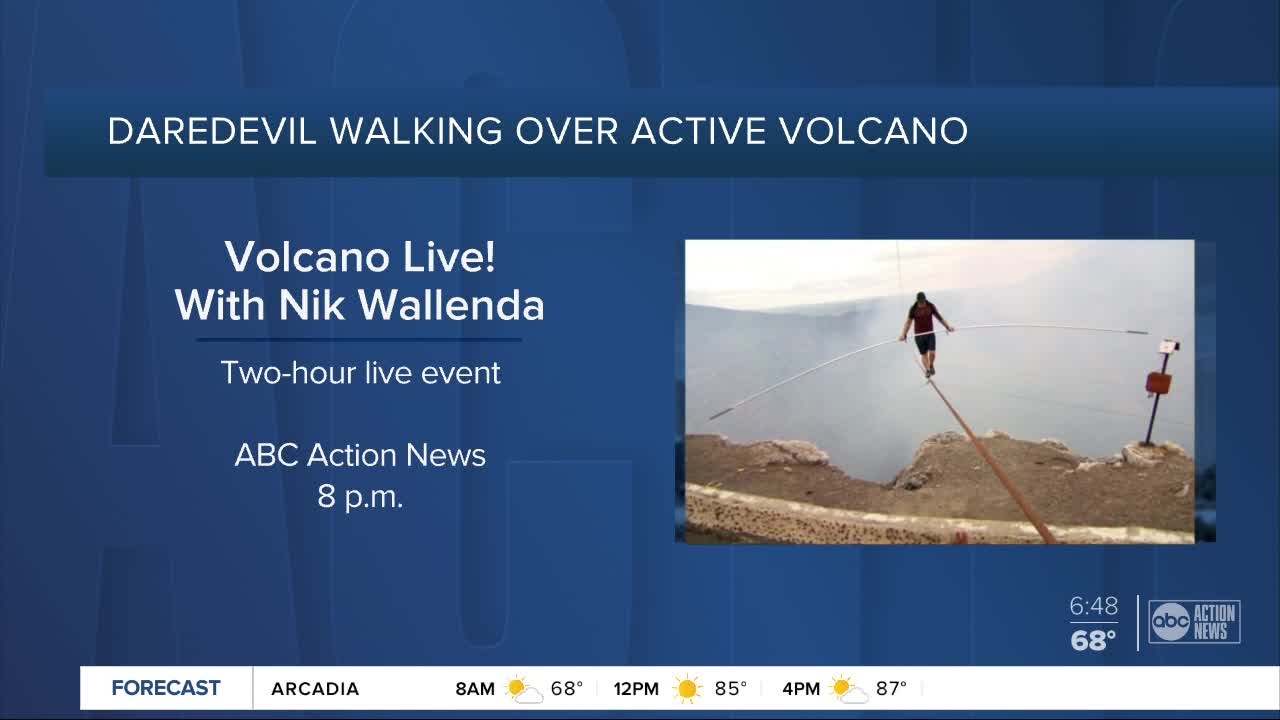 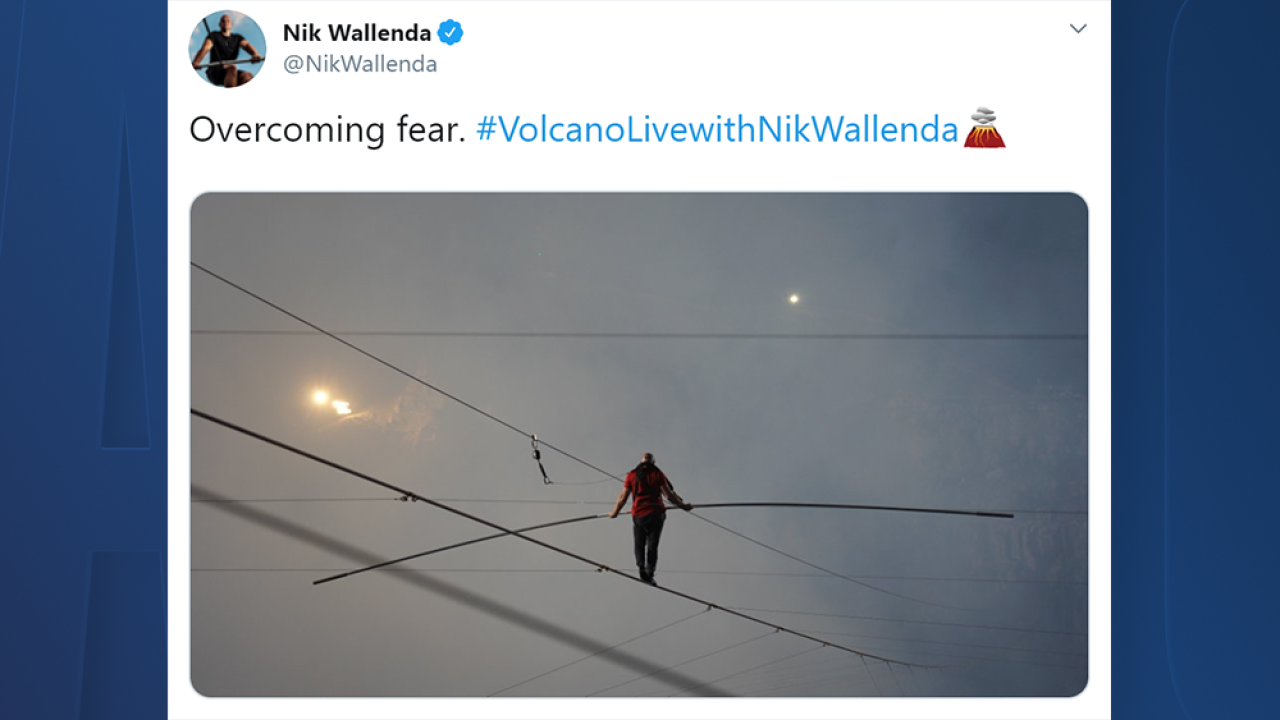 He walked over an active volcano, Masaya, in Nicaragua on a one-inch wire.

Wallenda trains for death-defying stunts in the backyard of his home in Sarasota.

He practiced for the walk by wearing a gas mask.

"You can't breathe the gases. They in fact absorb all the oxygen in the air," said Wallenda.

He prepared for reduce visibility and a slippery substance on the wire over the volcano.

"When those gases mix with humidity in the evening hours, it's like an oily, greasy, slippery substance," said Wallenda.

Wallenda earned his title,"King of the High Wire," a long time ago.

In 2012, he fulfilled his life long dream of becoming the first person to walk a wire directly over Niagara Falls.

A year later, he walked over the Grand Canyon.

In 2019, he walked with his sister across Times Square in New York with 150,000 people watching from below.

Wallenda said that walk showed the world, "nothing is impossible."

"That was the highest form of showing the world, in my opinion, the greatest opportunity, hey, we don't give up. We go through trails, we go through tragedies, but there's triumph in the end," said Wallenda.

The Times Square stunt was meaningful for Wallenda and his sister, Lijana.

His sister suffered life-threatening injuries in 2017 after a fall while practicing a high wire pyramid stunt. Five people fell to the ground.

"During that accident, I caught the wire and held on, but after that started experiencing fear. It became more real than ever before," said Wallenda.

Wallenda walks by faith and does not give into fear.

"Rather than me calling it fear, in my mind, I categorize it as respect. I respect the fact that this is dangerous," said Wallenda.

"No matter what, I'm going to get back on that wire, but my faith has played a key role in that and it gives me confidence to be able to take that first step," he added.

Wallenda grew up on the wire. His mother walked tightropes while pregnant with him. He is the seventh generation of the Great Wallendas.

"A long legacy, a long history of wire walkers. I have the same drive my great -grandfather had. My great-grandfather always use to say,

"Life is on the wire. Everything else is just waiting." That is very true for me and is why I have continually pushed myself," said Wallenda.

He encourages people to always "take that first step."

He lives by his own mottos like, "When fear knocks, meet it at the door," and "Fear is a liar."

"The first step is always the hardest and sometimes you have to take that first step while we're still scared," he said.

"I want to motivate and inspire people which is really my desire with my career at this point in my life. That's sort of the legacy I want to leave."