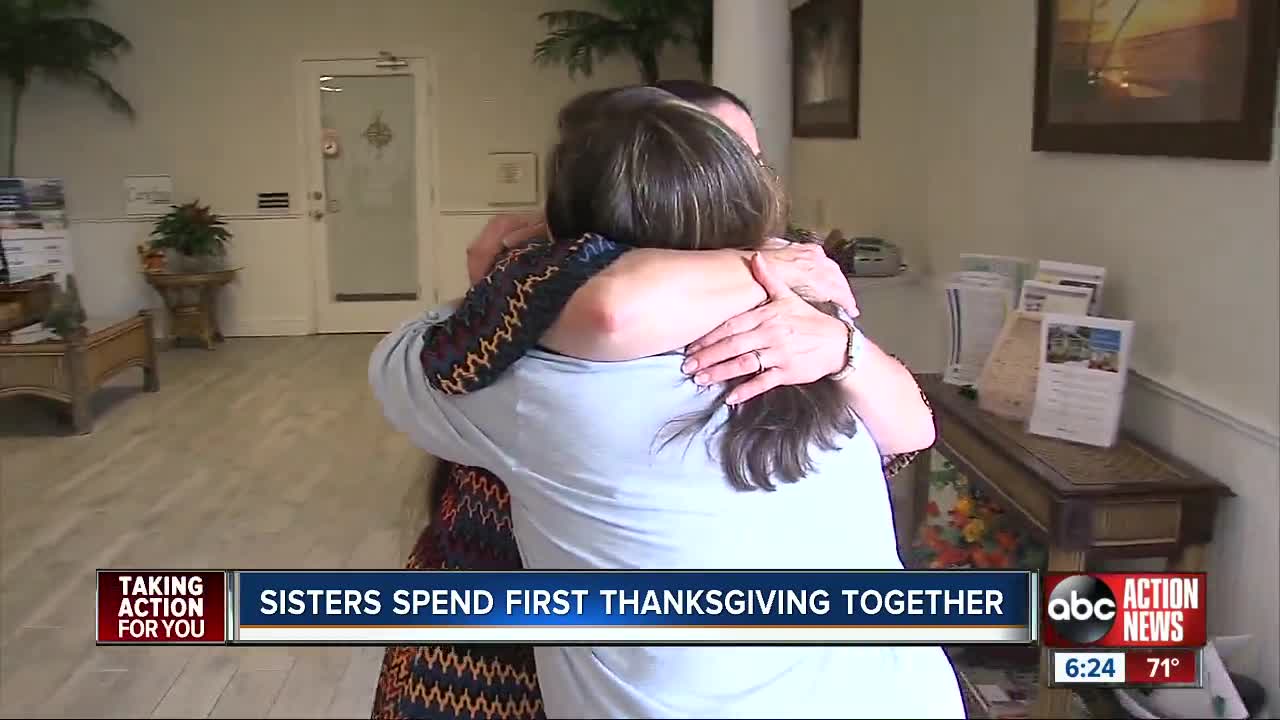 Two sisters have finally come together decades later for the first time after they both took a DNA test. 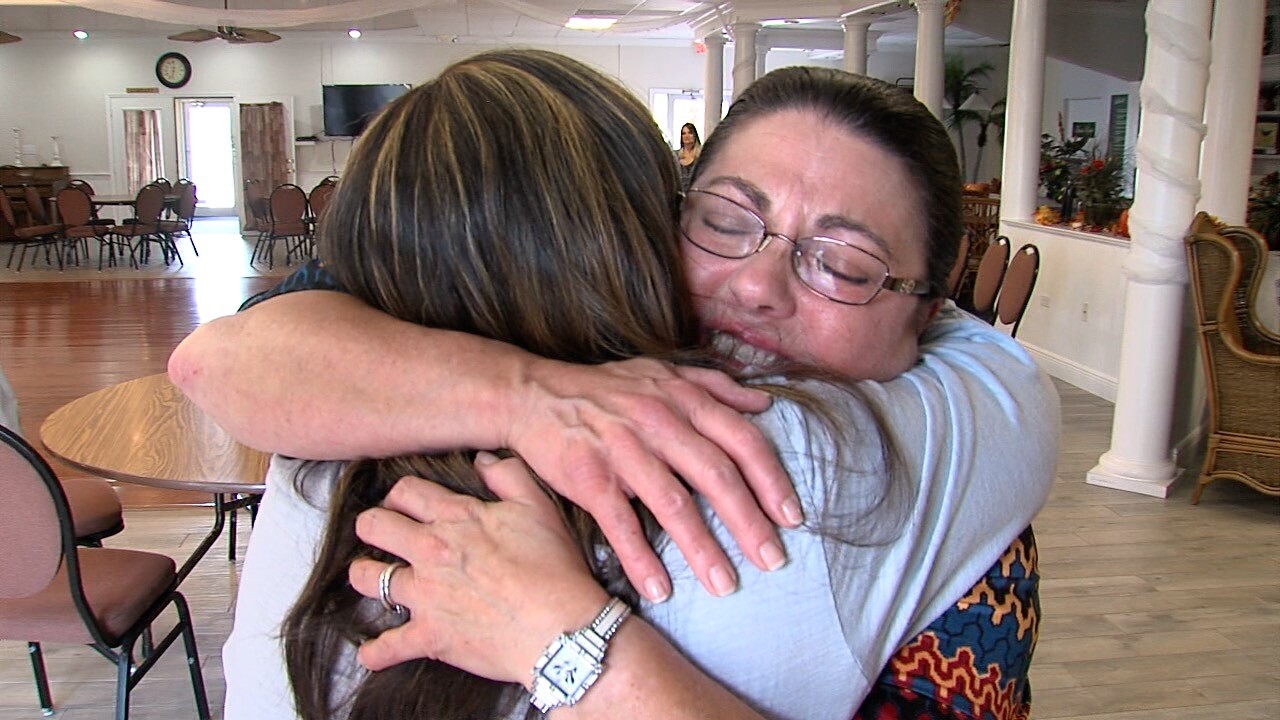 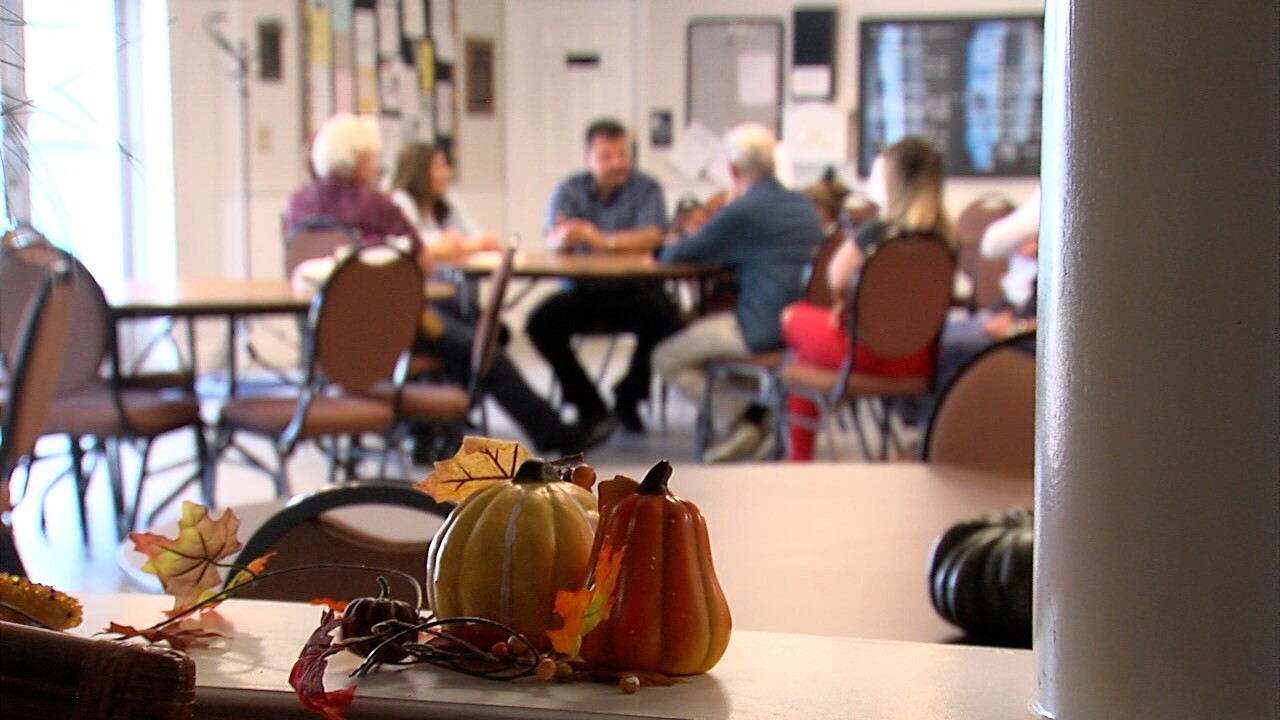 SARASOTA, Fla. — Two sisters have finally come together decades later for the first time after they both took a DNA test.

“I can’t wait to meet you!” Debbie Shaffer said, as she laughed into her phone and spoke to her sister. The nerves and emotion have set in for her, “I can’t wait."

Growing up in Sarasota, Debbie had no idea she had a biological sister that lived just an hour and a half away.

"We’ve been looking for her for a long time and we finally found her,” said Shaffer.

It was the day before Debbie and her husband Danny walked down the aisle 39 years ago that her mother finally revealed the secret.

“You’re going to meet you’re aunt Theresa and Uncle Gary,” she said, as she hugged her kids.

She and her family waited in the clubhouse of their neighborhood for Theresa to show up.

On Mothers Day, Debbie’s kids got her a Ancestry DNA test that would eventually link her to the sister she’d been searching for. Just after 12:30 p.m. on Thanksgiving Day, Theresa opened the door and rushed in to hug Debbie.

Theresa admits she had started her quest on Ancestry two years ago and had almost given up hope.

"I know who I am now,” she said, after she hugged Debbie.

Even more to be thankful for, Debbie’s half brother Gary, who shares the same father as Theresa and Debbie, came along, too.

"I never forgot her, I never forgot Debbie,” said Gary Colosimo. "And Theresa is a bonus at this point. I never knew she existed!”

There’s so many memories to share and similarities to compare.

"To know that we didn’t have each other and now we do and we’re family,” Shaffer said.

Debbie, Gary and Theresa now have the opportunity to do what families do on Thanksgiving and most holidays for that matter — slow down and catch up.

They say they plan on spending future holidays together so they can get to know each other better.