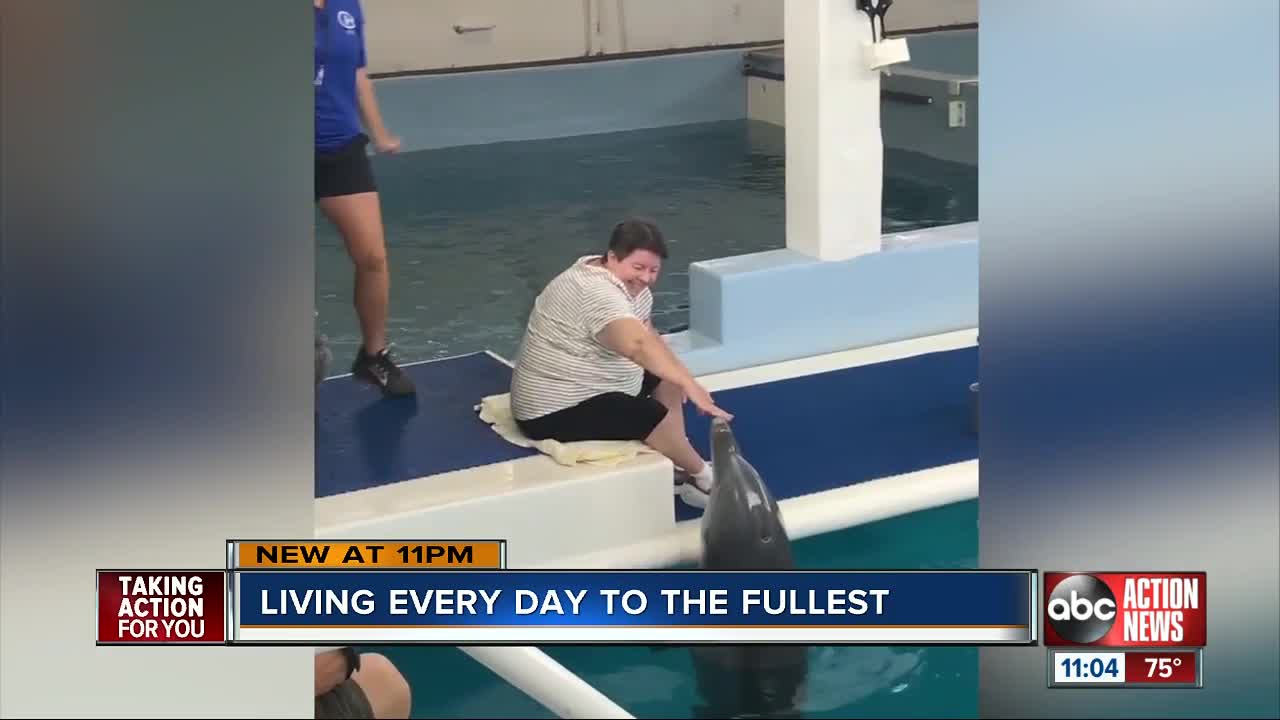 A Sarasota woman survived a brutal attack 11 years ago. She was shot during a robbery at a restaurant where she worked in Bradenton. On Wednesday, she got an early birthday present. She met Winter, a dolphin at Clearwater Marine Aquarium. 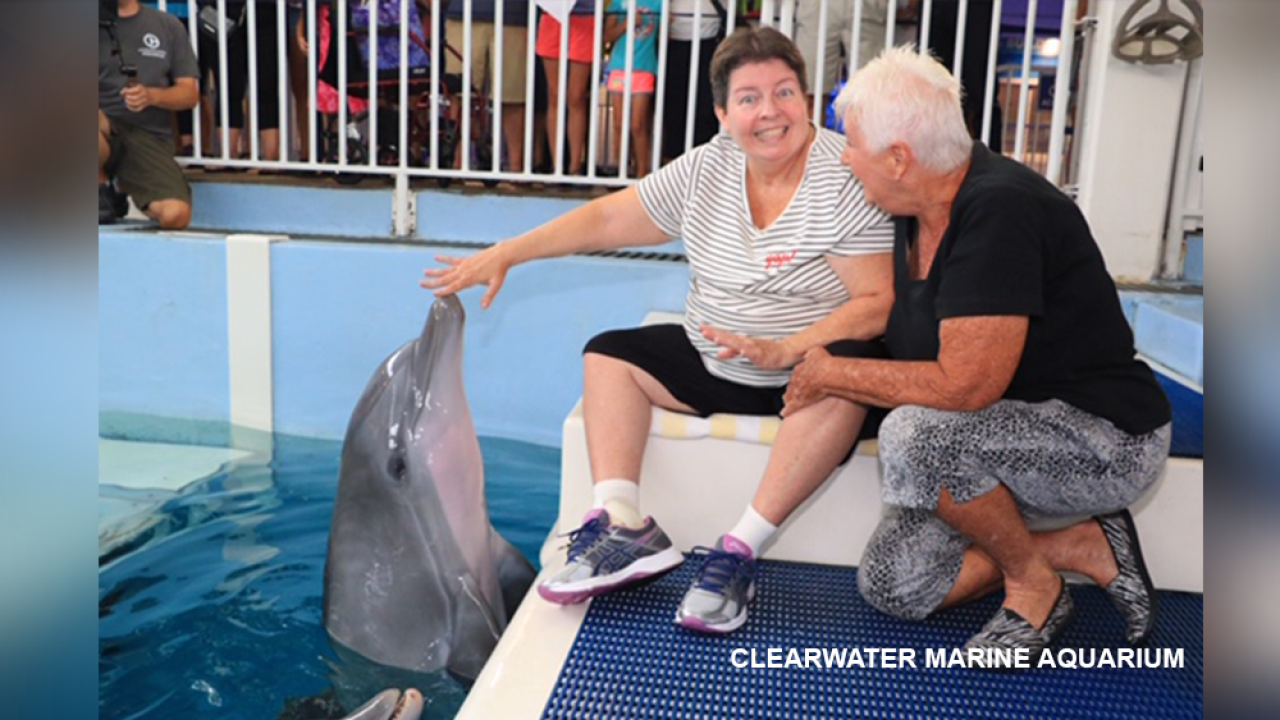 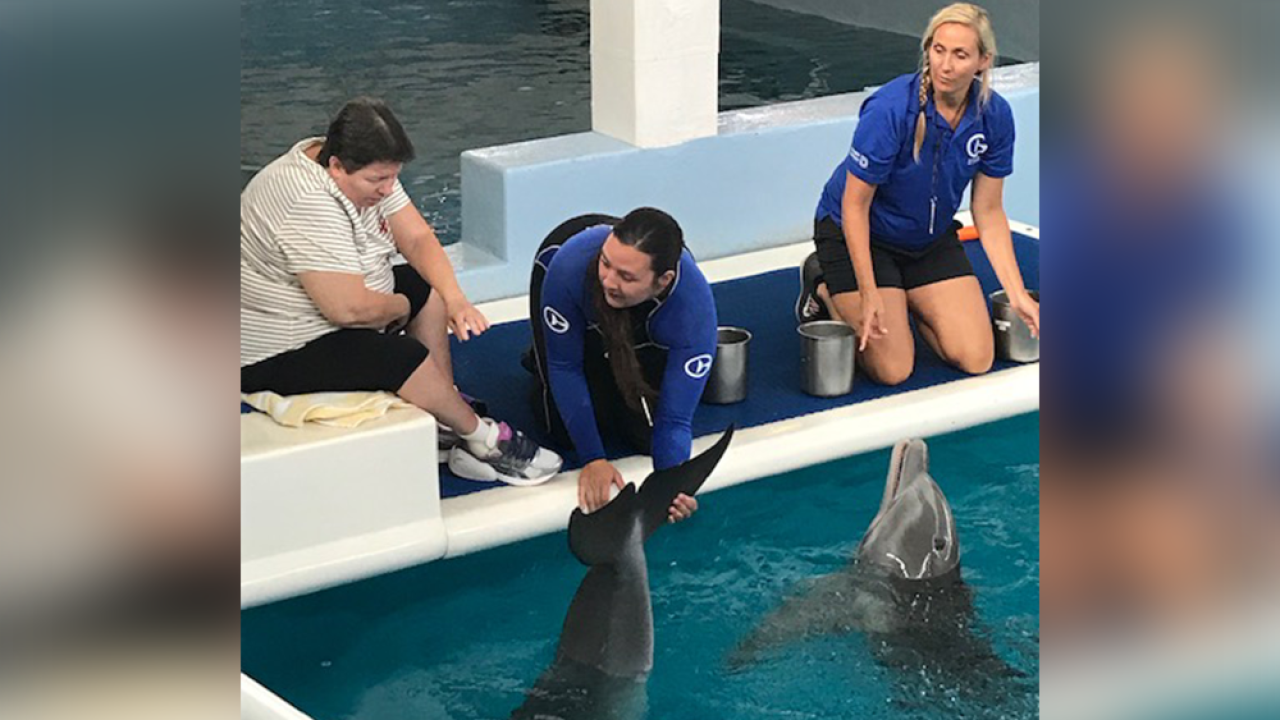 CLEARWATER, Fla. -- A Sarasota County woman who survived a attack 11 years ago received an early birthday present on Wednesday.

Alyssa Whitson will turn 51 years old on Sunday, October 13. She wanted to meet Winter, a dolphin at the Clearwater Marine Aquarium.

"When I heard Winter's story, I could really feel a connection to her and wanted to go visit her," said Alyssa Whitson.

In 2008, Whitson was attacked by a former co-worker while working at a restaurant in Bradenton. Her attacker is in prison.

"She was beaten, shot and left for dead during a robbery and attempted murder at her place of work several years ago," said Alyssa's mother, Kathy Wyatt.

"I had no idea, I would ever have my daughter back the way I have her back today," added her mother.

"I am proud of our clinical team who provided exceptional care in assisting Alyssa in regaining her strength and independence. Her story is truly one of hope and inspiration for others. We appreciate the Clearwater Aquarium making it possible for us to help fulfill her birthday wish of meeting Winter the dolphin," said Marcus Braz, CEO Encompass Health Rehabilitation Hospital.

Whitson said she felt connected to Winter's story. Both of them surpassed expectations.

Winter was found stranded near Cape Canaveral after becoming entangled in a crab trap line which cut off circulation to her tail flukes. She was transported to Clearwater Marine Aquarium for treatment of her extensive injuries. Her tail could not be saved and she now has a prosthetic tail. The aquarium calls Winter's story unusual because most dolphins that become trapped in crab trap lines do not survive.

"I've always loved the ocean and shells and anything to do with the beach," said Whitson.

"I had so much fun. Everybody was so nice and helpful and caring. It was one of the best days I've had," she added.

Whitson said she is grateful for all of her birthdays.

"Right before my 40th birthday, I was hurt and not given really any chance to survive, but then I did and now here I am almost 11 years later. I still have some challenges, but I love life and love being here with my mom," said Whitson.

"Attitude is really everything. If you have a positive attitude that's the best place to start," added Whitson.