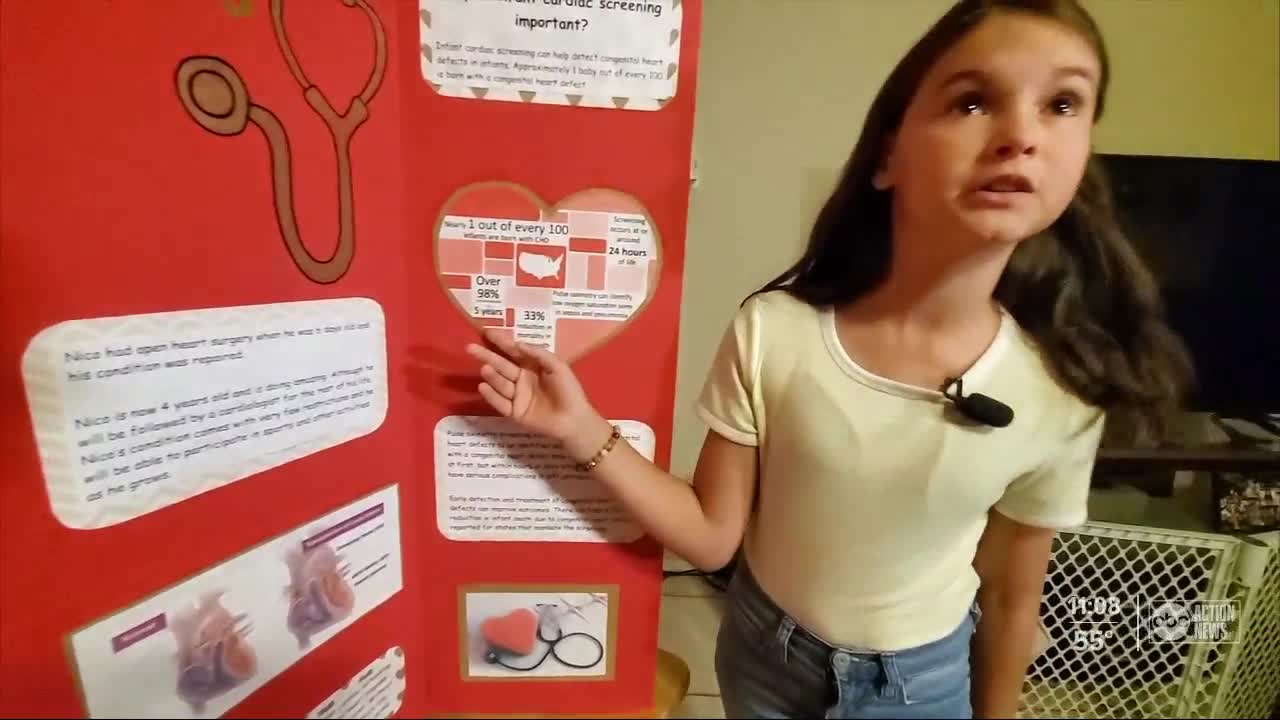 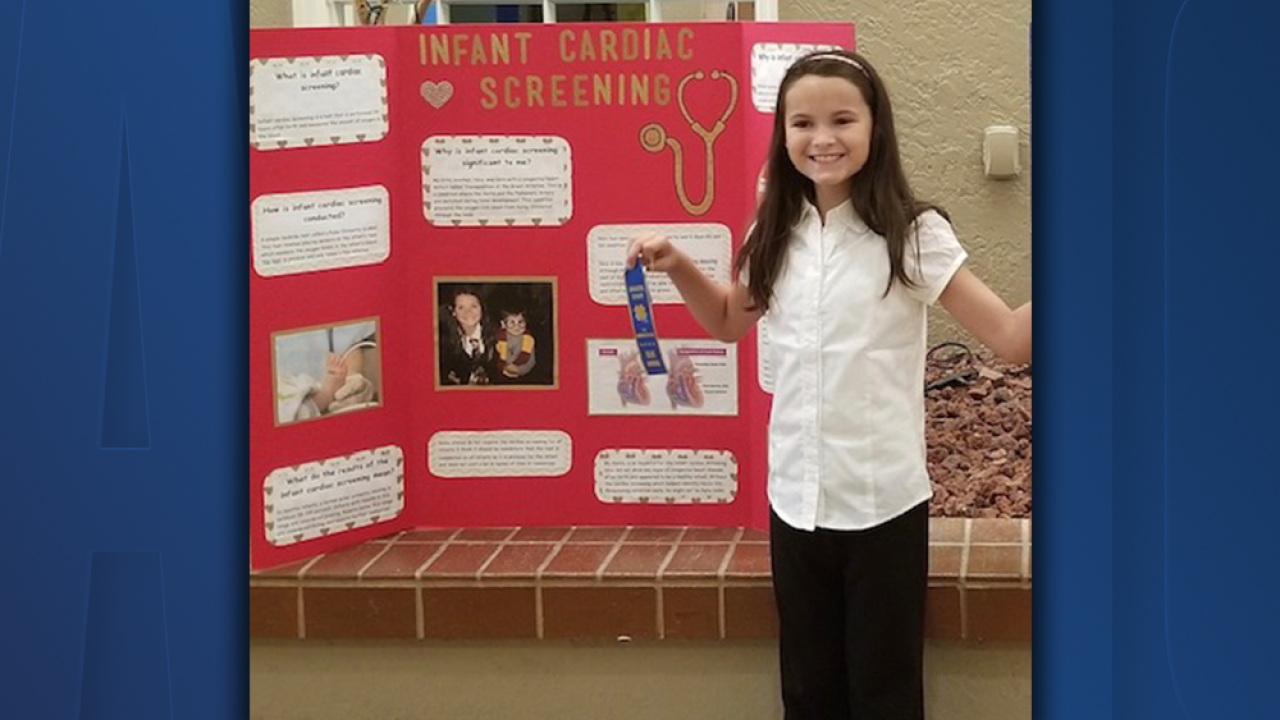 Her brother, Nico, was born with a congenital heart defect at Sarasota Memorial Hospital. The hospital found the defect during a cardiac screening. At six days old, he needed open heart surgery.

"They discovered that he had Transposition of the Great Arteries, which is where the pulmonary artery and the aorta switch places during fetal development," said Savannah Marquez.

Savannah gave a presentation on the topic for her 4-H project in 2018. She won a blue ribbon at a county competition and took first place at the district level.

She wants lawmakers to make the screening a requirement for newborns.

"Without this test, Nico might not be here and you hate to think of what other families are having to go through, the heartbreak. We're fortunate he's still here and if it can save other babies, I think it's incredibly important," said Savannah's mother, Nicole.

Senator Joe Gruters met with Savannah's family. He filed a bill in October. If passed, the bill would require hospitals to do a cardiac screening on newborns.

"Right now, we have both a Senate and House bill and it's waiting to be referred to committees. It has been referred to a committee on the Senate side, but it hasn't been placed on the agendas," said Nicole.

Savannah's mom is encouraging people to contact their lawmakers. She said if people want to learn more about the bill, contact her at infantcardiacscreeningbill@gmail.com.

"I'm hoping that people will rally behind us," added Nicole.

Nico is a healthy 4-year-old. He sees a cardiologist once a year.

"If they had not done the screening because his condition looked so healthy, they probably would have discharged him and it's possible that he could have passed away in his sleep," said Nicole.