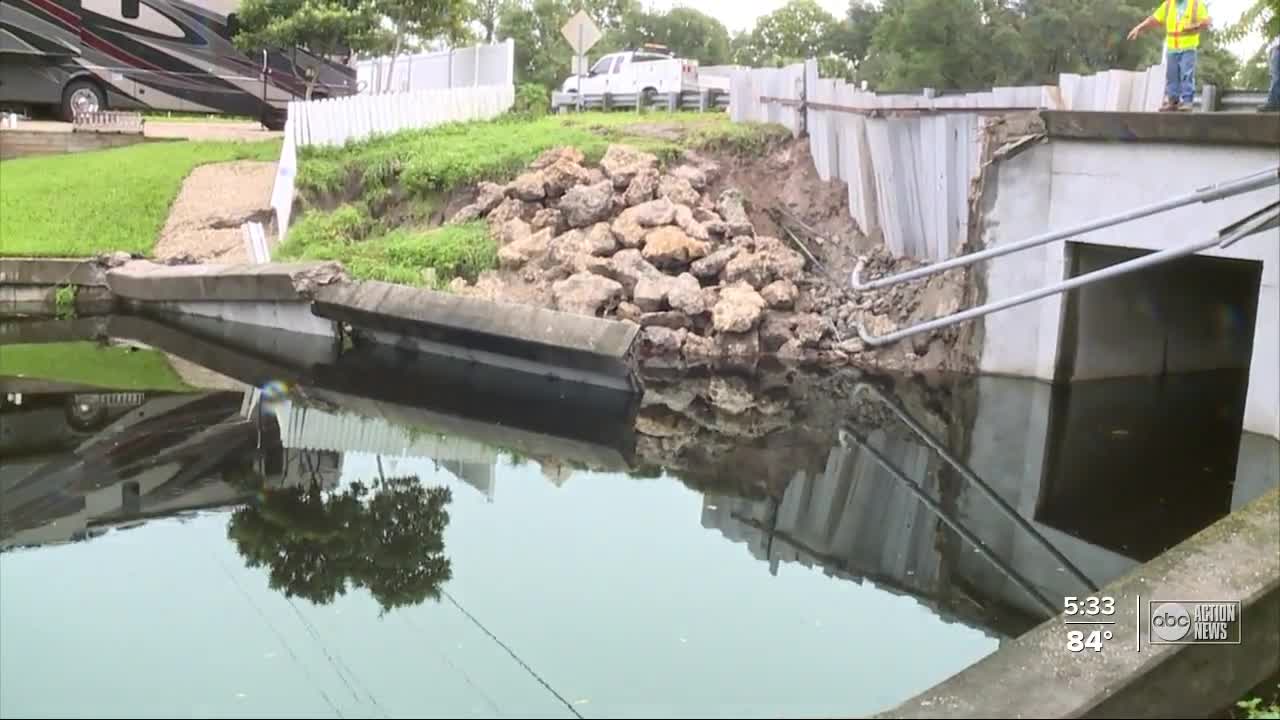 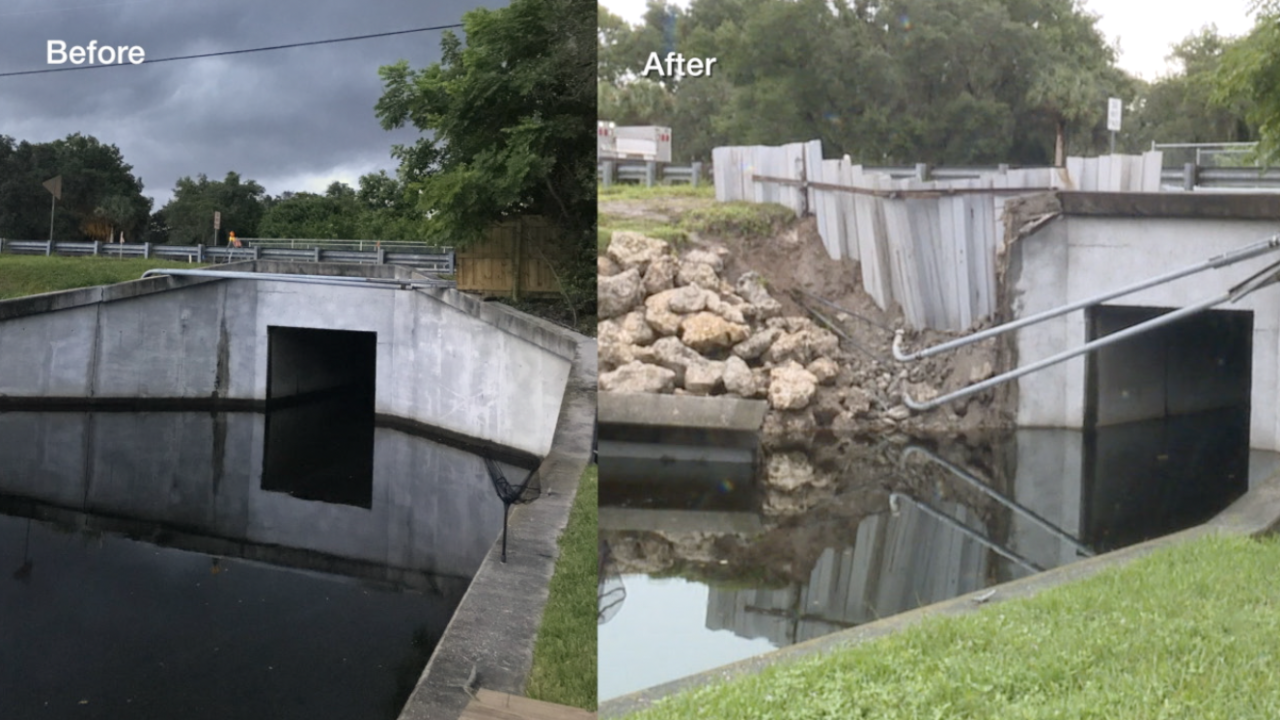 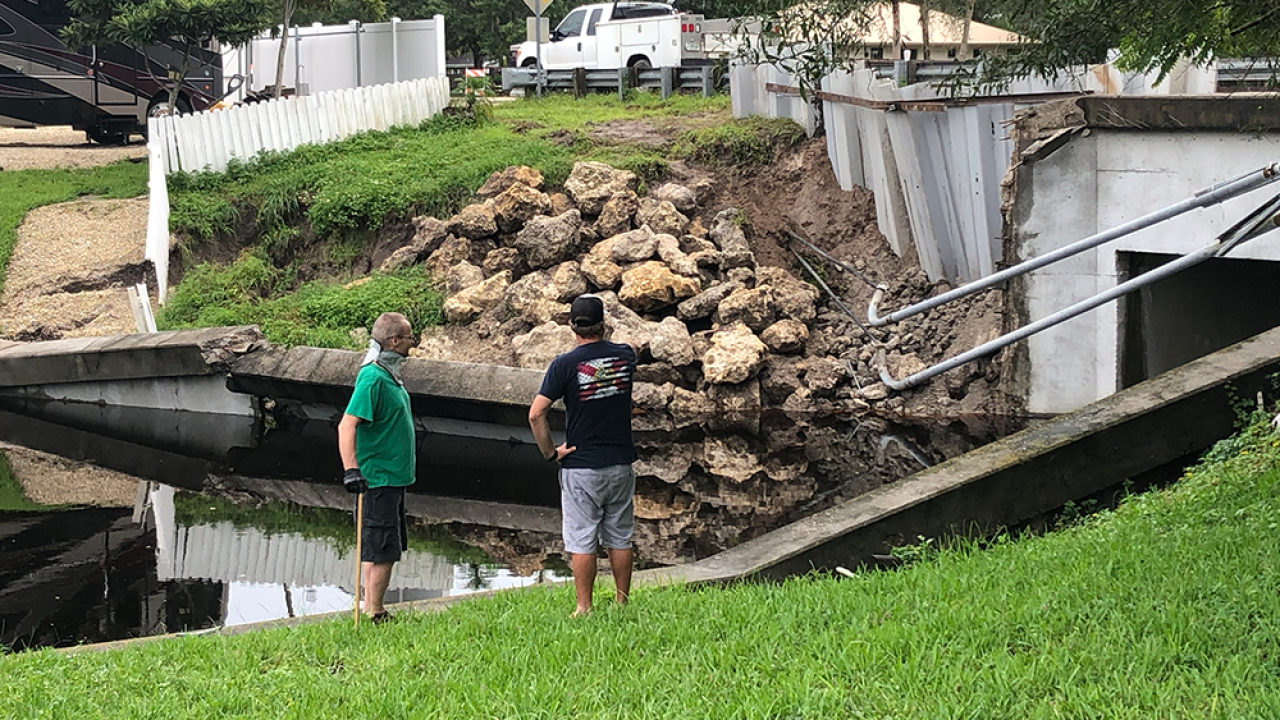 BRADENTON, Fla. — Heavy rain is adding to big problems in one Manatee County neighborhood causing parts of a bridge to collapse.

With more rain in the forecast, neighbors say the troublesome bridge needs a permanent fix.

Chris Hohmann's wife took a video of the creek behind their home Thursday after nearly four inches of rain poured down in Bradenton.

"When we get a lot of rain it comes gushing out of here and it looks like a white water rafting river," said Hohmann.

Neighbors helplessly watched as barriers along the bridge on Morgan Johnson Road partially collapsed into the water.

"It was cracked and it had been that way forever, and it just gave out," said Hohmann.

Now the road is closed between 41st and 43rd streets and crews are working hard to fix the problem before more rain comes.

But Hohmann and his neighbor Derek Doig say this isn’t something new.

"I’ve lived here for 30 years and I’ve seen this go on and on and they just keep bandaging it instead of fixing the problem," said Doig.

Manatee County says old infrastructure, erosion, a limited budget and heavy rain is to blame. They anticipate the busy road to reopen by the end of this month.