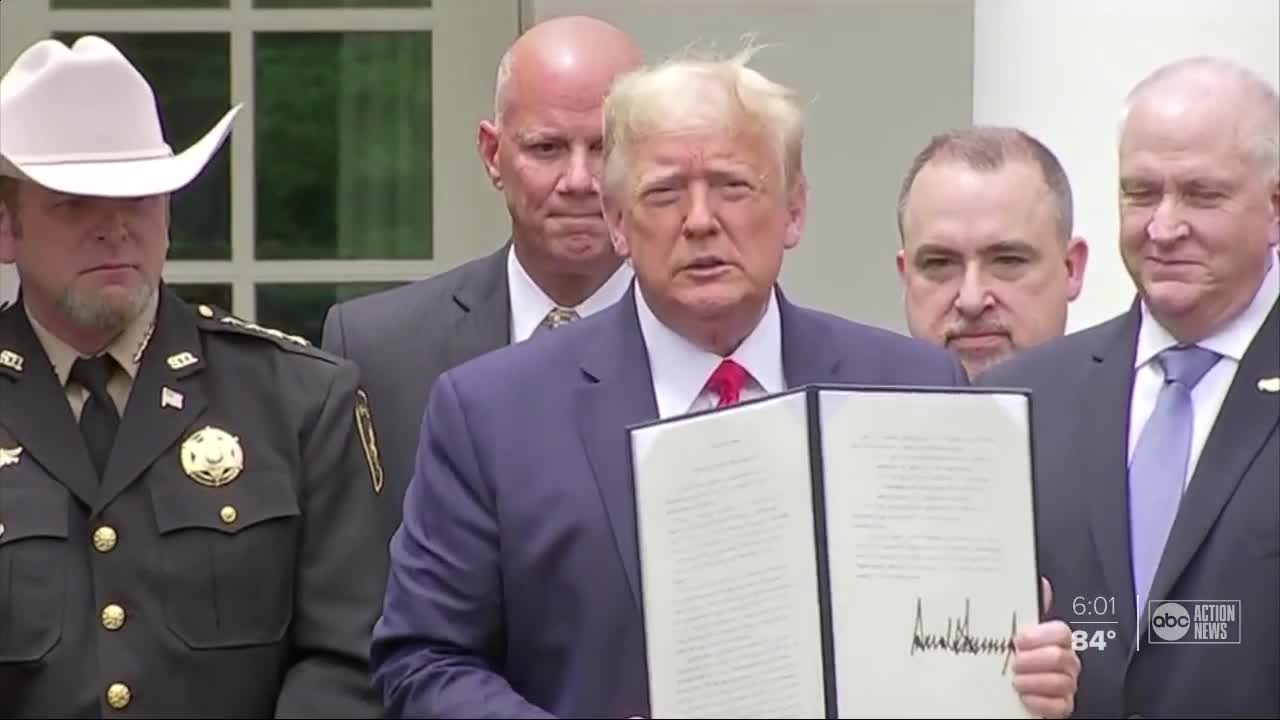 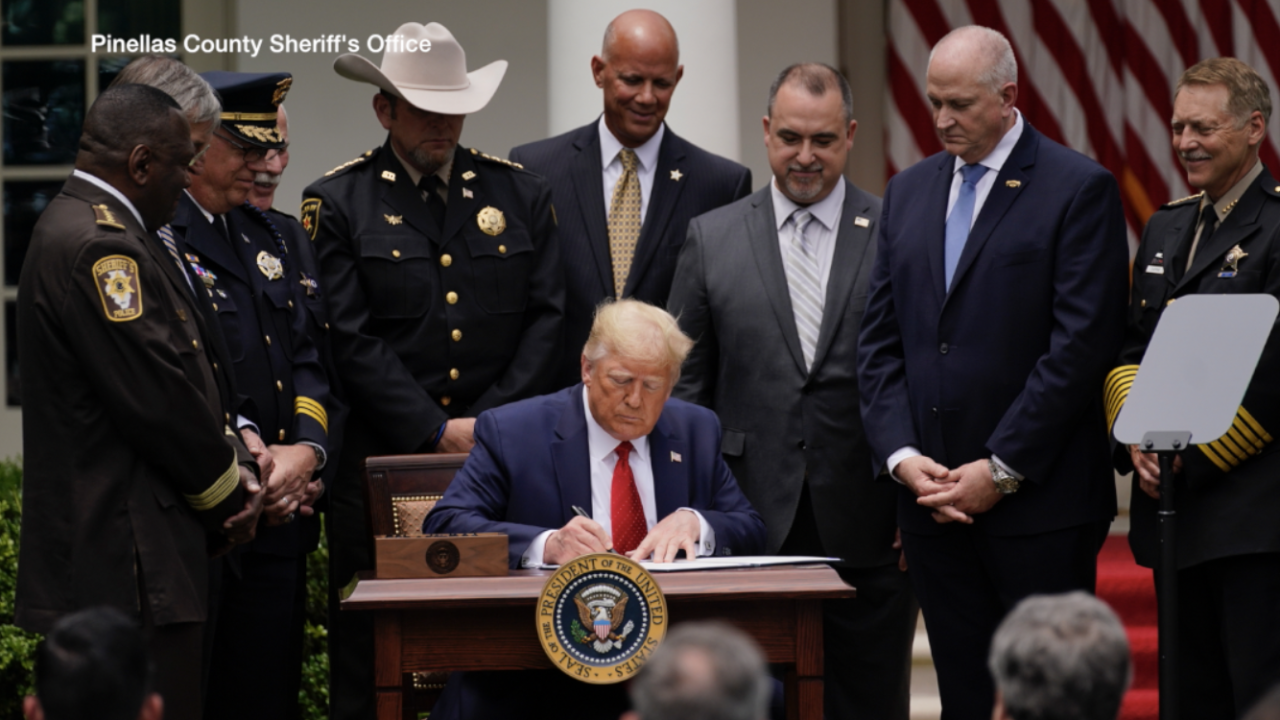 Agencies like the Sarasota County Sheriff’s Office said they have not been using chokeholds for decades, which is one of the issues President Trump touched on.

"As part of this new credentialing, chokeholds will be banned except if an officer’s life is at risk," said President Trump.

This after the death of George Floyd sparking Black Lives Matter protests across the country demanding change.

RECOMMENDED: Use of force policies for neck restraints, chokeholds vary across city and county lines

Pinellas County Sheriff Bob Gualtieri stood behind the president in Washington on Tuesday as he signed an executive order. The order included more training, better tracking of officers with excessive use of force complaints, and adding social workers to help respond to mental health, drug addiction and homelessness calls.

"Despite our very good record on crime, law and order must be further restored nationwide and your federal government is ready, willing, and able to help," said the president.

Many Pinellas and Hillsborough county agencies have already taken on the “Eight Can’t Wait” initiative, and are working to hold officers more accountable.