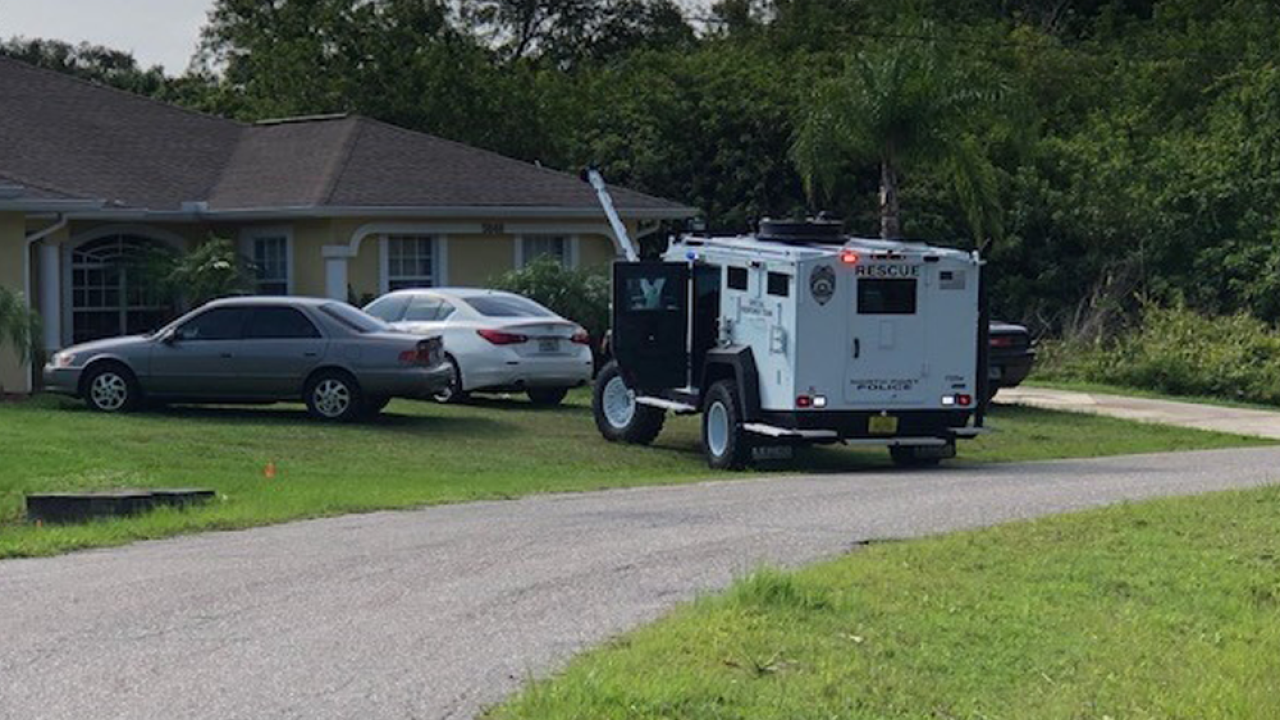 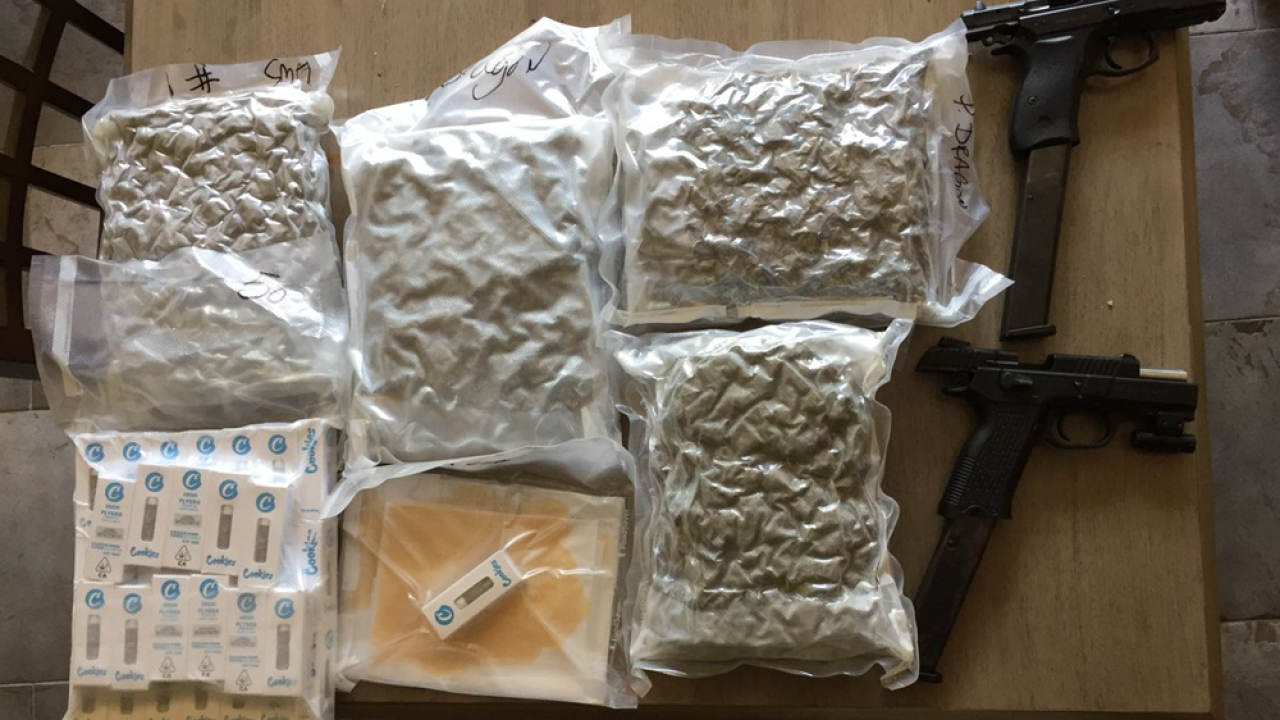 NORTH PORT, Fla. — A mailman in North Port made an untimely delivery while police were executing a search warrant.

The North Port Police Department says they were searching a home in the 5600 block of Brickell Drive when the post office delivered a box full of drugs.

Police say the box contained four pounds of marijuana, 223 grams of THC wax and 50 THC vaporizer cartridges. Inside the home they found more drugs, and guns.

In total they seized two handguns with extended 30 round magazines, several boxes of ammo, 243 grams of THC wax, 12 grams of cocaine, liquid codeine, 97 THC cartridges and four pounds of marijuana.