A man who was stabbed to death to death on Wednesday morning after an attempted kidnapping in North Port is said to be connected to the disappearance of Natalee Holloway.

NORTH PORT, Fla. — A man who was stabbed to death on Wednesday morning after an attempted kidnapping in North Port is said to be connected to the disappearance of Natalee Holloway.

The North Port Police say that John Christopher Ludwick, 32, was attempting to kidnap a young woman as she got out of her vehicle in her driveway. Ludwick and woman were familiar with each other, according to police. A struggle ensued between Ludwick and the woman and Ludwick ended up being stabbed.

Police say he ran away from the scene and was found nearby suffering from the stab wounds. Ludwick was pronounced dead at a local hospital.

The stabbing occurred in the 4300 block of Wesley Lane in North Port Wednesday morning.

"When you've lived in a neighborhood for 17 years and we've never had crime before, it's scary what is going on," said neighbor Tammy Roth.

"He's a good person and a good friend, and he's not the serial killer sociopath, psychopath you guys, the media, make him out to be," Ludwick said about van der Sloot in a 2012 interview with CNN. 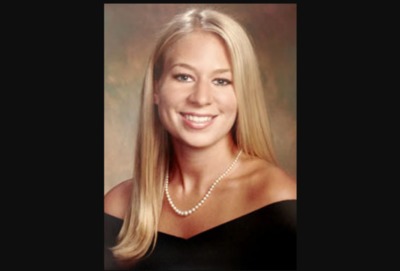 "We are aware of Mr. Ludwick’s history and comments surrounding the disappearance of Natalee Ann Holloway in Aruba during May of 2005. The correct authorities who are working that case have been notified," North Port Police wrote in a release.

North Port Police spokesman Josh Taylor could not say if any connection exists between Tuesday's crime and the Holloway case. However, local investigators have contacted the Federal Bureau of Investigation.

"When you look at this particular case, attempted kidnapping of a young girl, you go whoa, it seems eerily similar," said Taylor.

The disappearance of Natalee Holloway made international news after she vanished while on a high school graduation trip to Aruba in 2005.

During an interview on 'The Disappearance of Natalee Holloway,' Ludwick stated that in 2010 he was paid $1,500 to dig up Natalee Holloway’s remains and have them cremated. Despite the claims Ludwick made, he has not been charged for any crimes related to the case due to lack of evidence.

Although Joran van der Sloot remains the prime suspect in Holloway's disappearance, he has not been convicted on those charges. He was indicted by a federal grand jury in the U.S. for wire fraud and extortion related to Holloway's whereabouts, but her disappearance remains unsolved.