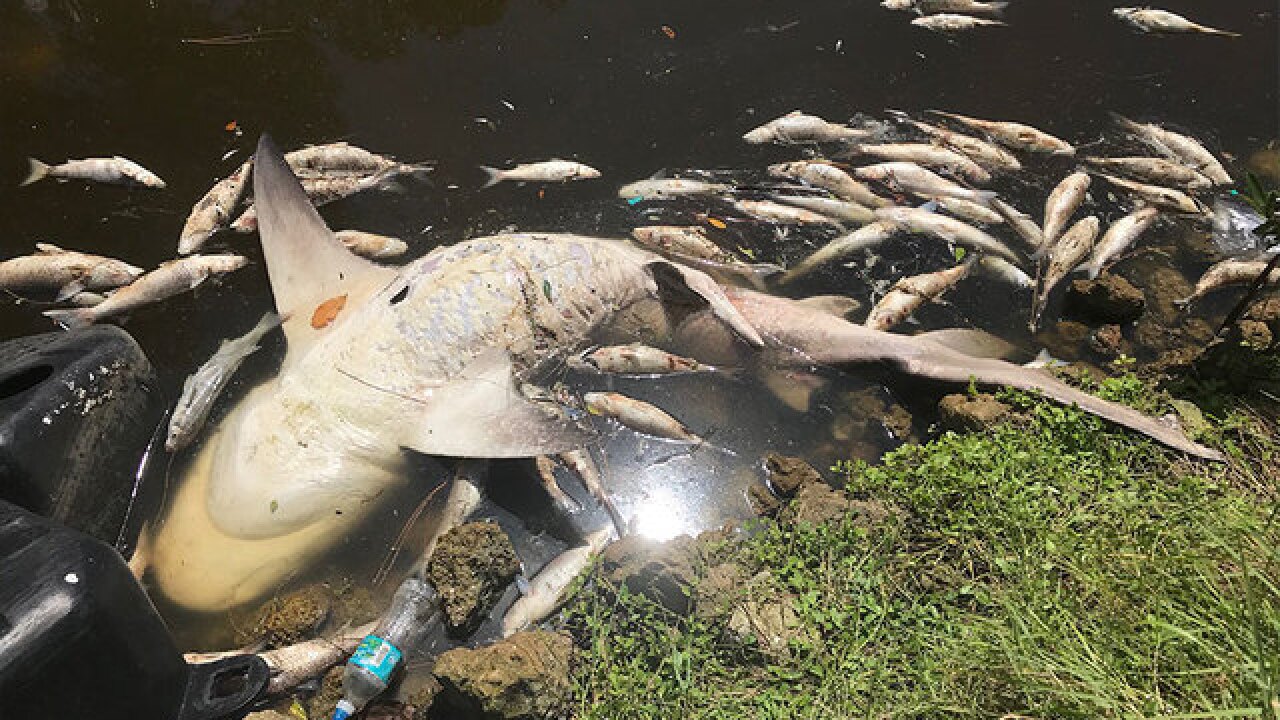 Copyright 2018 Scripps Media, Inc. All rights reserved. This material may not be published, broadcast, rewritten, or redistributed.
Sarah VanderBent 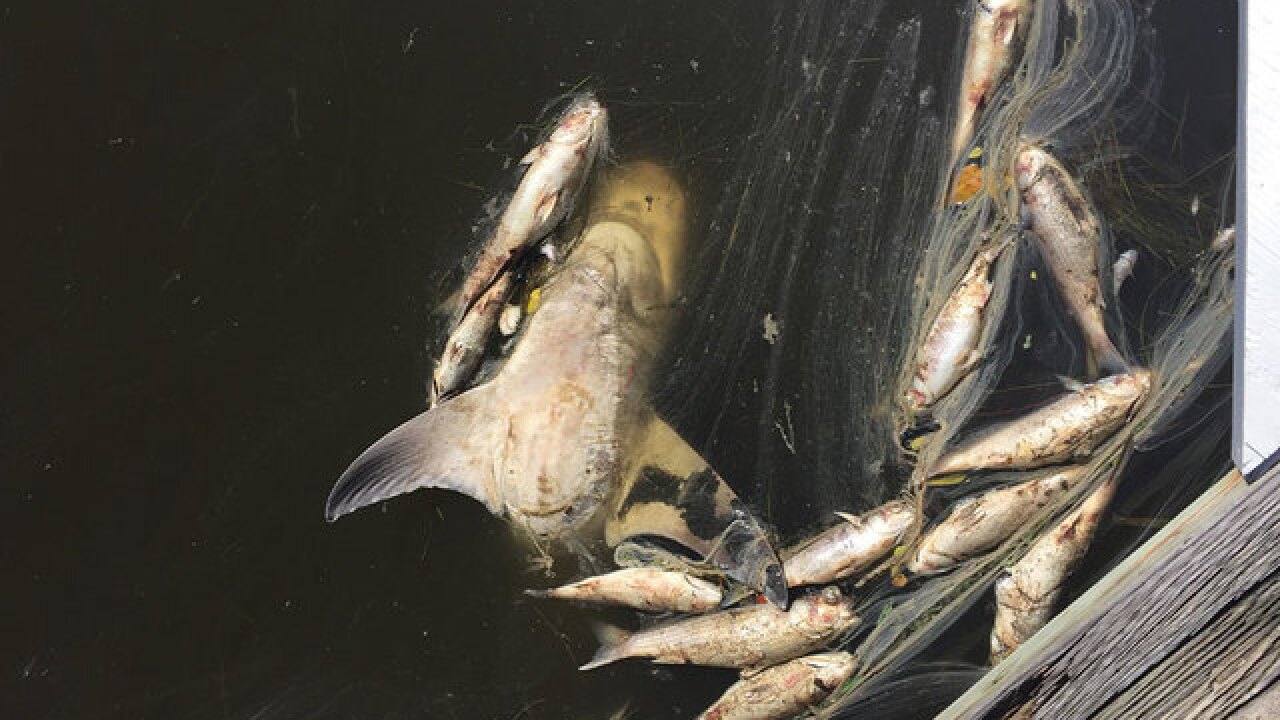 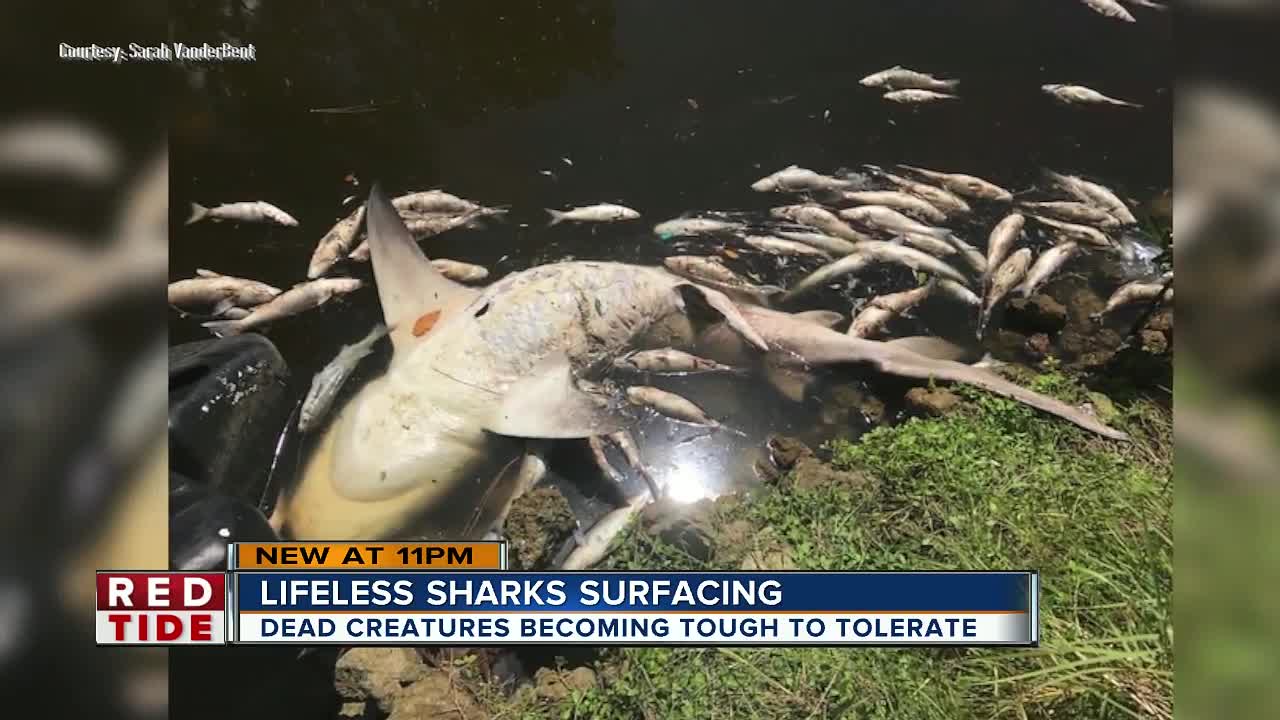 BRADENTON, Fla. — Homeowners contacted state wildlife officials after they found a dead shark mixed in with thousands of dead fish in their backyard creek.

She contacted FWC officials and shared a photo of the shark with them.

"They said it looked too decomposed to do any tests," added VanderBent.

VanderBent said her young daughter noticed the dead fish and others struggling to survive. Her daughter asked if they could help them.

"When they're jumping, they're still struggling. She was hoping we could put them in our aquarium," said VanderBent.

Kelly Thomas runs a bait shop and gas station along U.S. 41. He said he noticed a drop in the number of customers.

On Friday, a viewer shared photos with ABC Action News, explaining that they found six dead sharks along with countless dead fish in the Yacht basin at Sara Bay Marina in Bradenton.

The latest red tide update came out on August 17. It stated red tide continues along Southwest Florida's coast. Fish kills have been reported in Pinellas, Manatee, Sarasota, Lee and Collier counties in the past week.