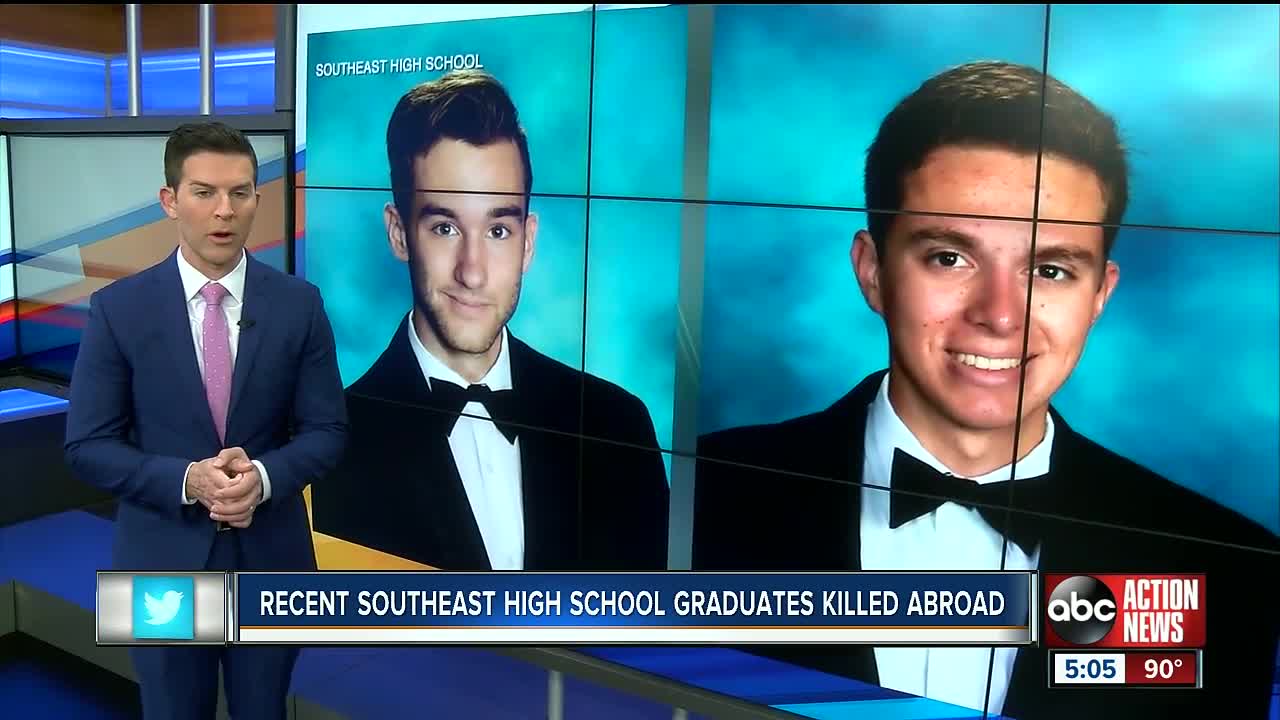 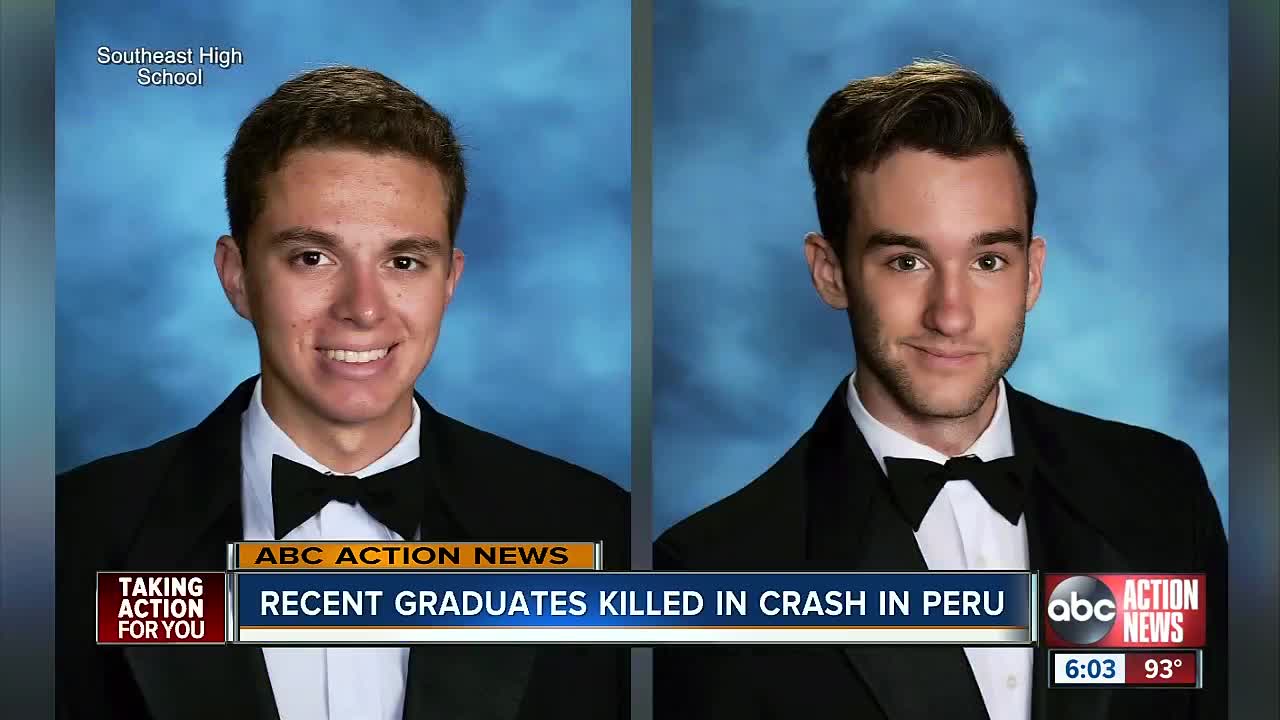 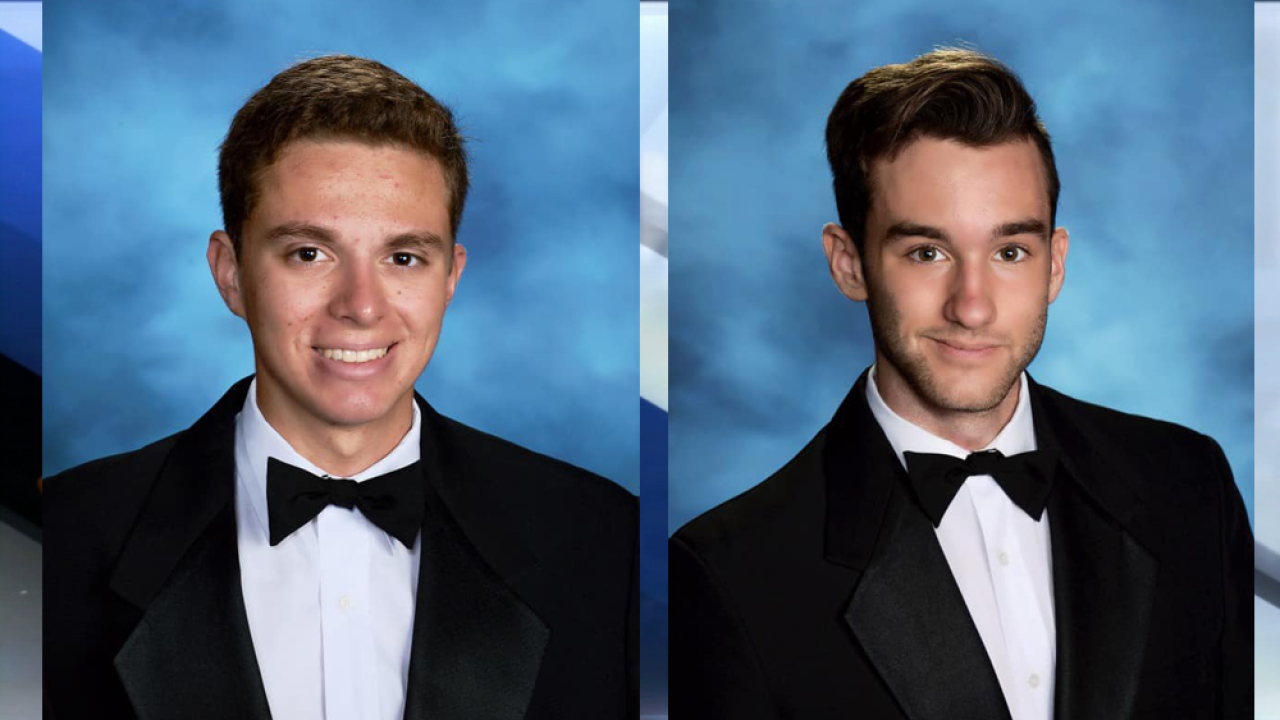 Zachary Morris and Albert Ales died just over a week after their graduation, according to the school's calendar. They were both 18-years old.

According to La Republica, it happened while the teenagers were riding on a motorcycle. The paper reports that they were hit by a bus and thrown from the motorcycle.

Their high school posted a tribute to them on Facebook saying they were both bright young men. They also took to Twitter asking students to wear an orange or Hawaiian shirt to school on Tuesday to honor Morris and Ales.

ABC Action News previously spoke to Zach Morris for two stories in 2018. In one, he told us of saltwater friendly concrete reef balls that are used to create artificial reefs. In the other, he spoke to use about making toy cars with his classmates for children in war-torn countries.

His scuba instructors say Morris was a star scubant and role model student. They also tell us he was due to attend Yale on a full-ride ROTC scholarship.

Southeast High School's graduation took place on May 18, according to the school's calendar.

According to La Republica, the 27-year-old driver of the bus was detained after the crash.