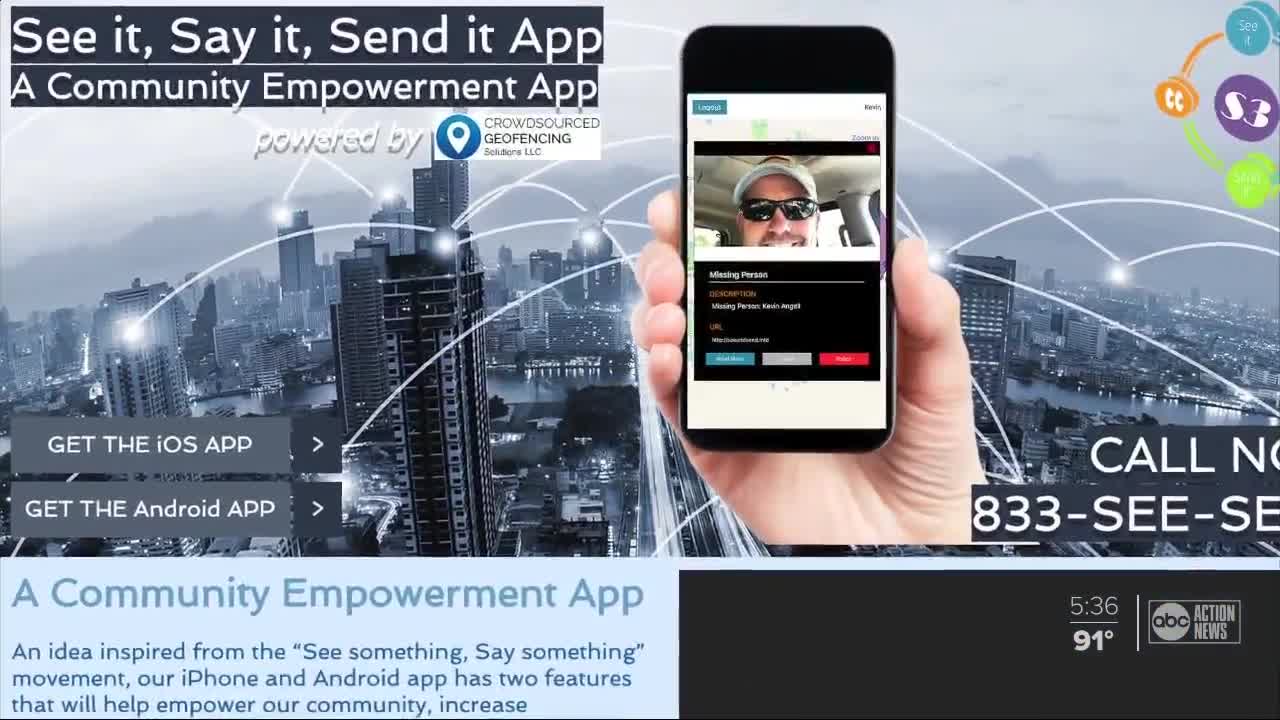 A Sarasota man is using an app he originally created for active shooter situations, to bridge the divide between Minnesota law enforcement of residents. This comes on the heels of George Floyd's death. 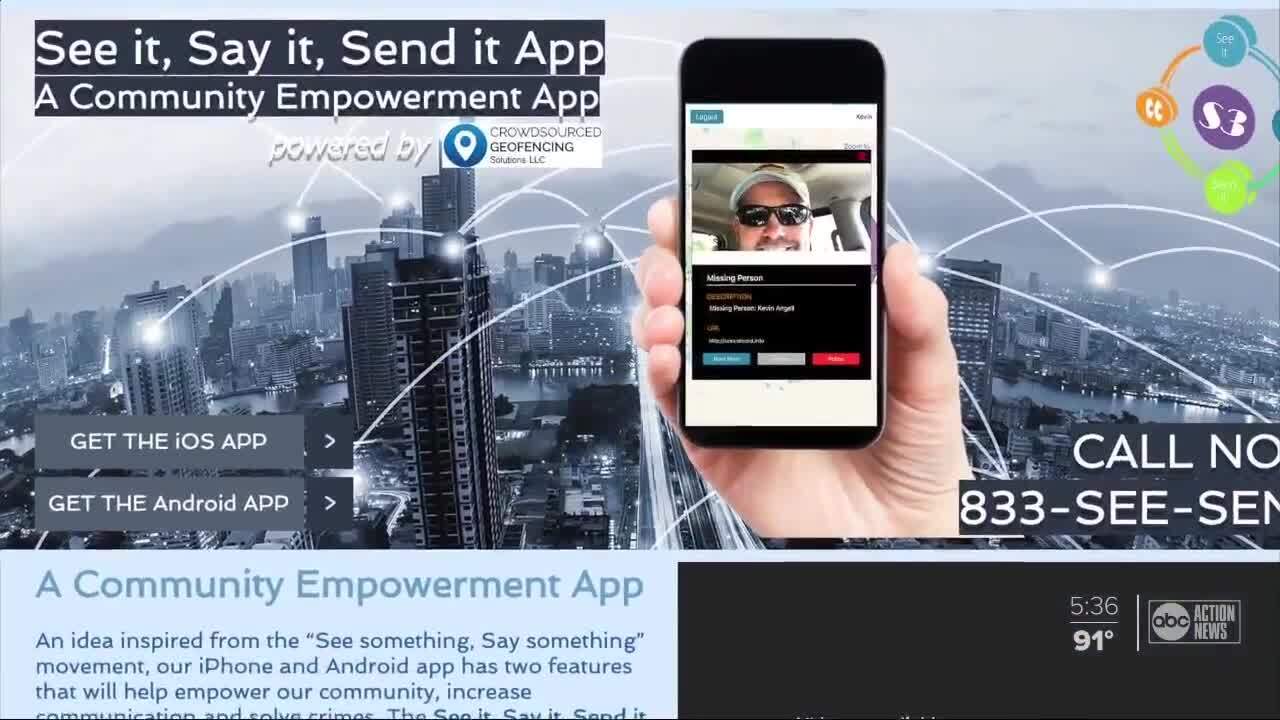 SARASOTA, Fla. — A Sarasota man is using an app he originally created for active shooter situations, to bridge the divide between Minnesota law enforcement of residents. This comes on the heels of George Floyd's death.

According to police, a Minneapolis police officer killed Floyd during an arrest on May 25. The officer allegedly responsible for his murder was fired, arrested and charged with murder. The three other officers who were there were fired, and they're facing charges as well.

Floyd's death sparked weeks of protests and riots across the country, including in Minneapolis where rioters burned down the police department.

"It's a really tough time for the relationship between the community and law enforcement," said Kevin Angell.

Angell created his "See it, Say it, Send it" app in 2017. More than 20 different states are using the app, including two counties here in Florida.

He just reached a deal with the state of Minnesota.

"We've been talking with the state of Minnesota for about a year, but it really heated up after the George Floyd incident," he said.

The app allows people involved in active shooter situations to privately and anonymously alert law enforcement. But, Angell says it will also allow people in Minnesota to have an open dialog with officers.

"It's the only platform where there's two-way communication," he said. "The goal is continuing communications and hoping that trust is rebuilt and the relationship continues."

According to Angell, Minnesotans will be able to use the app in July. They will also be rolling it out for schools in August.

For more information on the app, click this link: https://www.seeandsend.info/