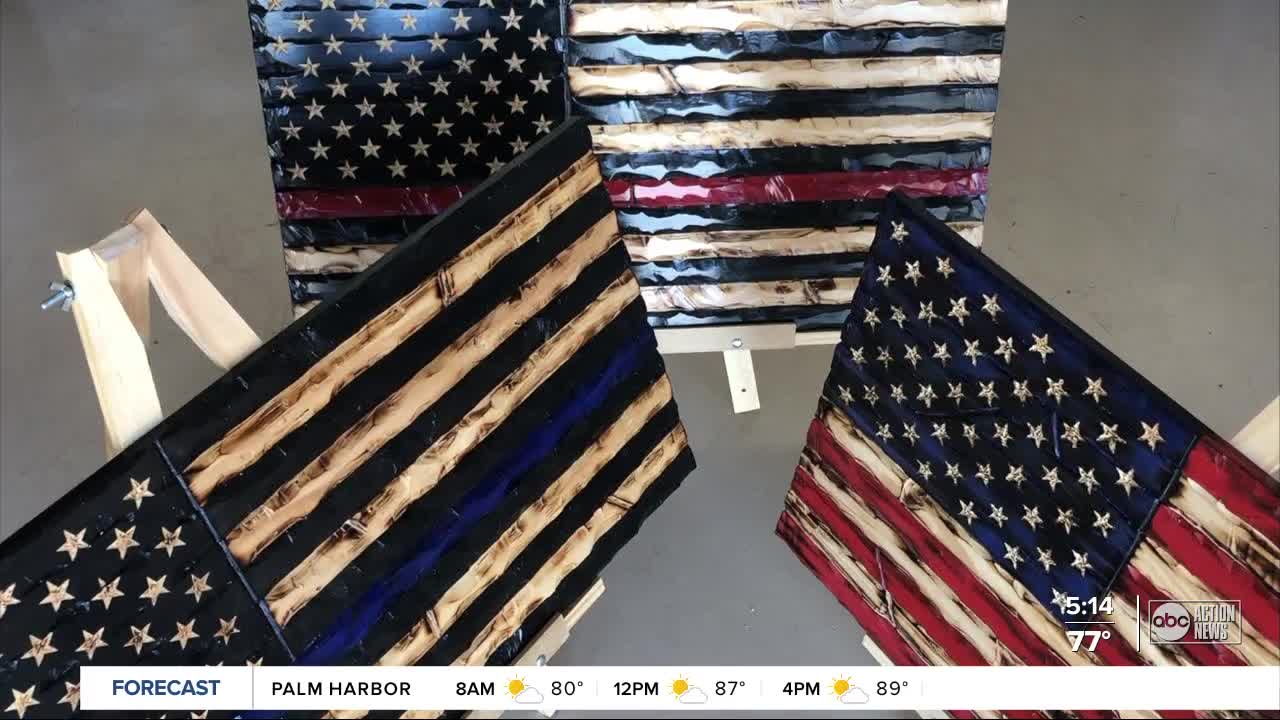 "The day that I stop working is a day that a hero could be forgotten," says the 15-year-old from Lakewood Ranch.

"As long as you're living, you're here for a purpose," he says.

Lorenzo has only been creating the flags for the past eight months or so. He's made about 50 so far, and raised thousands of dollars for children with special needs, homeless veterans and Bradenton's Turning Points nonprofit.

"This is bigger than myself," he says.

The pandemic has inspired Lorenzo's newest mission: honoring medical workers across the country.

He's raising money to try and get one of his flags in a hospital in every state: 50 flags, all across America. He already has a seven-footer in Sarasota Memorial, where his mother works.

"This is what gets me up in the morning and helps me sleep late at night," he says.