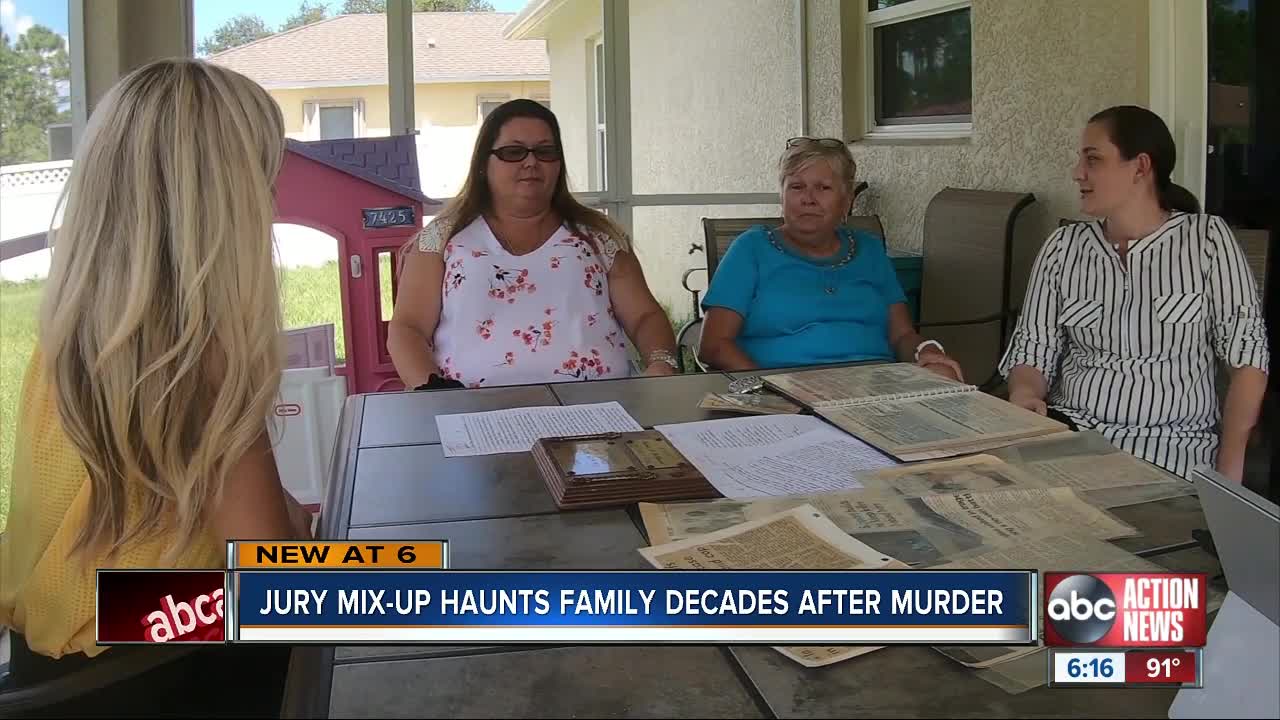 A North Port family has been haunted for nearly forty years by the jury mix-up that they say won’t guarantee to keep their fathers killer stays behind bars. 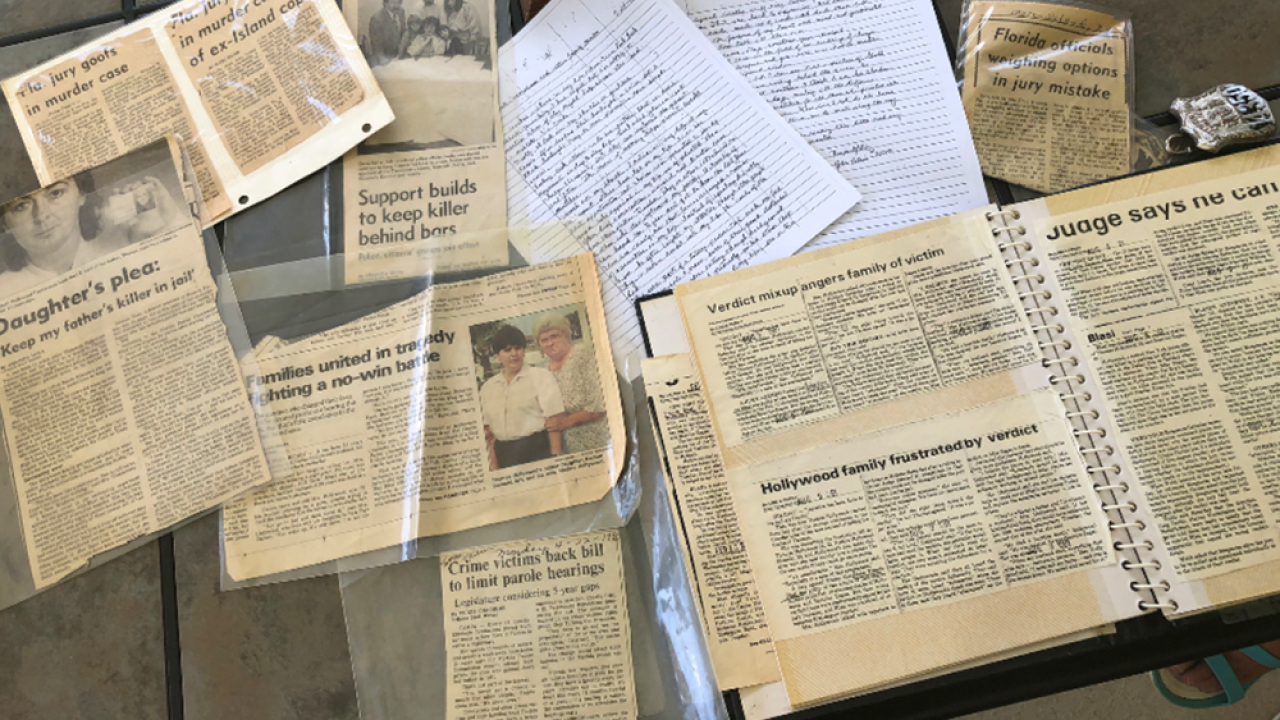 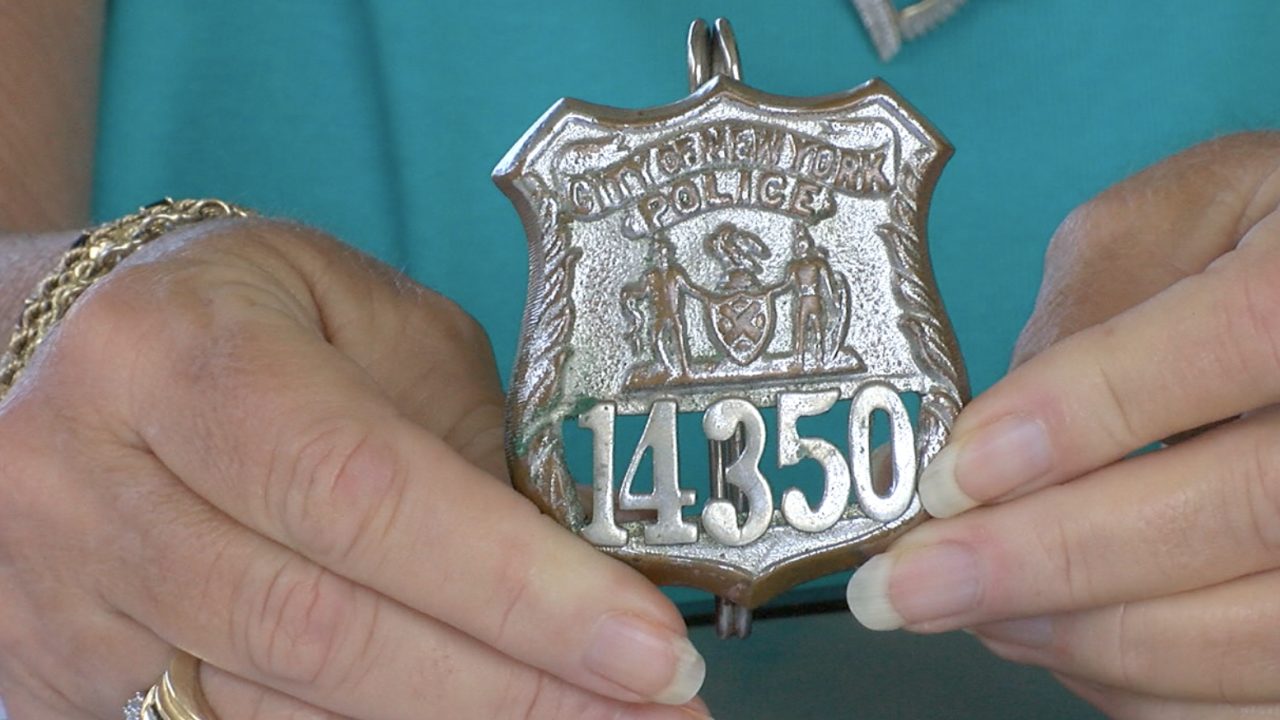 NORTH PORT, Fla. -- A North Port family has been haunted for nearly 40 years by a jury mix-up that they say won’t guarantee to keep their father's killer stays behind bars.

"Florida jury goofs in murder case," said Nadine as she read a headline.

That goof, she says, is a big mistake a jury made nearly 40 years ago that won’t let her family’s pain heal.

Her father Thomas Hollywood, who was a retired New York City cop, was shot and killed in Pasco County in 1981. So was a woman who rushed over to help him.

Many eye witnesses pointed to John Blasi who was charged with two counts of first-degree murder.

It took only 90 minutes for a jury to decide he was guilty.

But in their conviction, they made a terrible mistake.

"They were calling us to come back to court the next day because there was a mistake made," said Nadine.

The jurors accidentally checked the “attempted” murder box, and the mistake couldn't be fixed.

"They tried everything they could but they couldn’t because they were afraid of double jeopardy and he’d get out and walk," said Nadine.

The judge sentenced Blasi to 208 years in prison, which was the maximum for attempted murder charges.

Now every seven years, Blasi goes in front of a board in Tallahassee for the possibility of parole.

Something that Nadine and her family have been going to Tallahassee to fight ever since.

She says it was even her mother's dying wish.

"Those were her last words. Remember Tallahassee. Don’t let him out," said Nadine.

On September 18, John Blasi will be in front of a parole board again, and Nadine and her daughters will be there to speak on her father's behalf.

Poplin says this mistake has haunted her family, never giving them real time to heal because they have to relive it over and over again.

"My family never has a chance to actually grieve," said Poplin.

The family has started a petition to stop Blasi from being eligible for parole.

"We will never stop fighting to keep him behind bar," said Jodi Slomski, Nadine's other daughter.