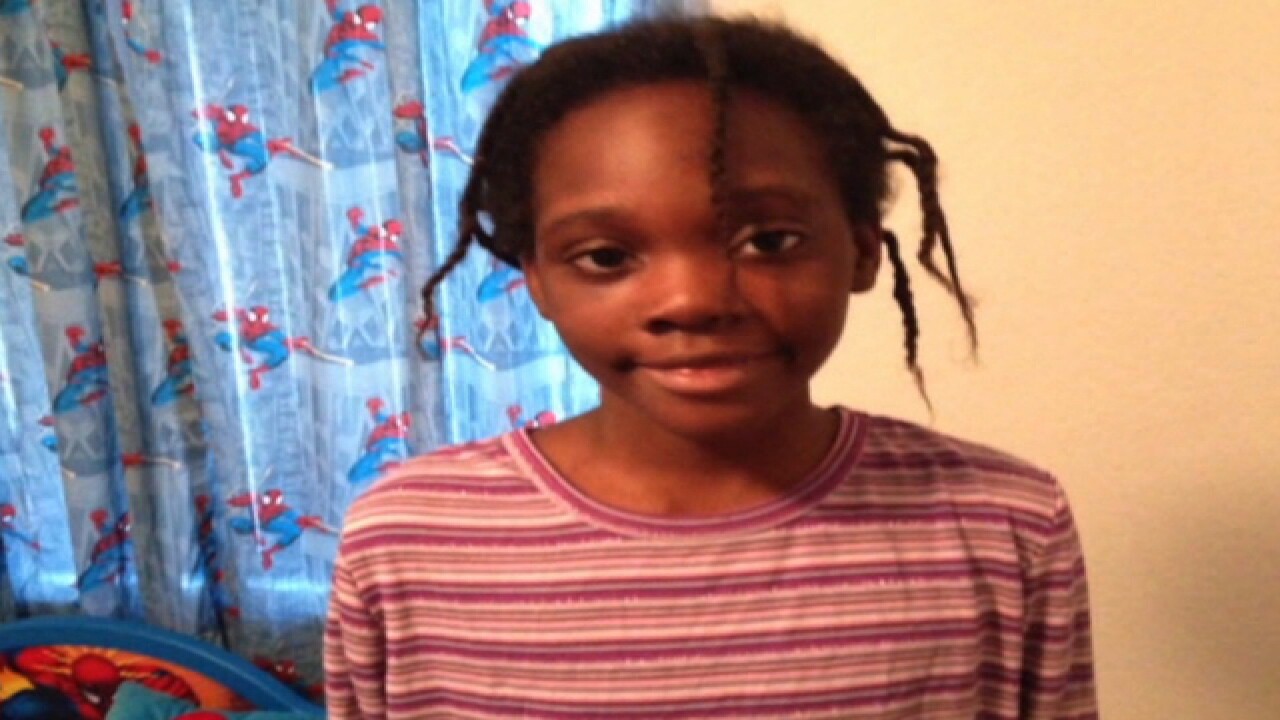 Chilling new details reveal the tortured life an 11-year-old Bradenton girl lived prior to her death and her body being placed in a padlocked freezer.

Her mother, Keishanna Thomas, 31, is now facing first degree murder charges.  She appeared before a judge Wednesday afternoon and was denied bond.

Investigators say Thomas disliked her daughter due to an incontinence problem.  An arrest affidavit shows Janiya was locked in a bathroom without food and clothing for weeks at a time.  The door to the bathroom was often barricaded so Janiya could not escape, the report shows.

Janiya was also subjected to severe beatings, according to her siblings, including having her body submerged in a tub of bleach until she was burned and being whipped with a TV cord until she bled.

They described her as being dirty and having matted hair.

Neighbors say when they questioned Thomas about the girl but she denied Janiya was her daughter and claimed it was a niece who happened to be visiting.

According to neighbors, Thomas would only say she had four kids and would only post about those four children on Facebook.

Not even her boyfriend knew or saw Janiya, deputies say.

Deputies believe Janiya died from the severe abuse.  It is just not clear when.

However, deputies say Thomas went to great lengths to cover up the crime.  They say she bought a freezer, stuffed her daughter's body into a FedEx box, placed the box in the freezer and placed two open containers of baking soda on top to mask the odor.

The freezer was plugged in and left in the family's dining room, an arrest affidavit shows.

According to Thomas's boyfriend, when he began dating Thomas in August 2014, the freezer was already in the living room, it was locked and never opened.

Janiya's brother told police he did open the freezer this past Spring to get a popsicle.  Inside, he recalled seeing the box and baking soda.

Medical examiners say by freezing the little girl's body, it actually preserved all of her injuries because the cold did not allow the body to decompose.

An autopsy report shows Janiya was severely emaciated and weighed just 44 pounds at the time of her death.  Her leg was also broken and the coroner estimates it had been broken two to four weeks prior to her death because it had begun to heal.

There were also ligature marks that suggested Janiya had been tied up.

HOW COULD JANIYA GO MISSING AND NO ONE NOTICE?

It wasn't until Thomas was being investigated for child abuse relating to her son back in October that CPS workers noticed Janiya was missing.

Her mother had pulled her out of school in the Spring of 2013 and told school district leaders she would be home schooling her daughter.

In their second letter, Thomas was threatened with misdemeanor charges.

Deputies say that is when she wrote a note to board members dated January 26, 2015, stating, "I have called the parent center about 6th months ago to let them know that Janiya no longer lives in the state of Florida.  I keep getting letters in the mail can you please let whoever needs to know that she is no longer home school."

They added when they inquired about Janiya's whereabouts, Thomas told them she was being cared for by her god parents.

According to several co-workers, Thomas only said she had four children and a visit to their apartment last Christmas revealed toy catalogs with the names of the four children but not one for Janiya.