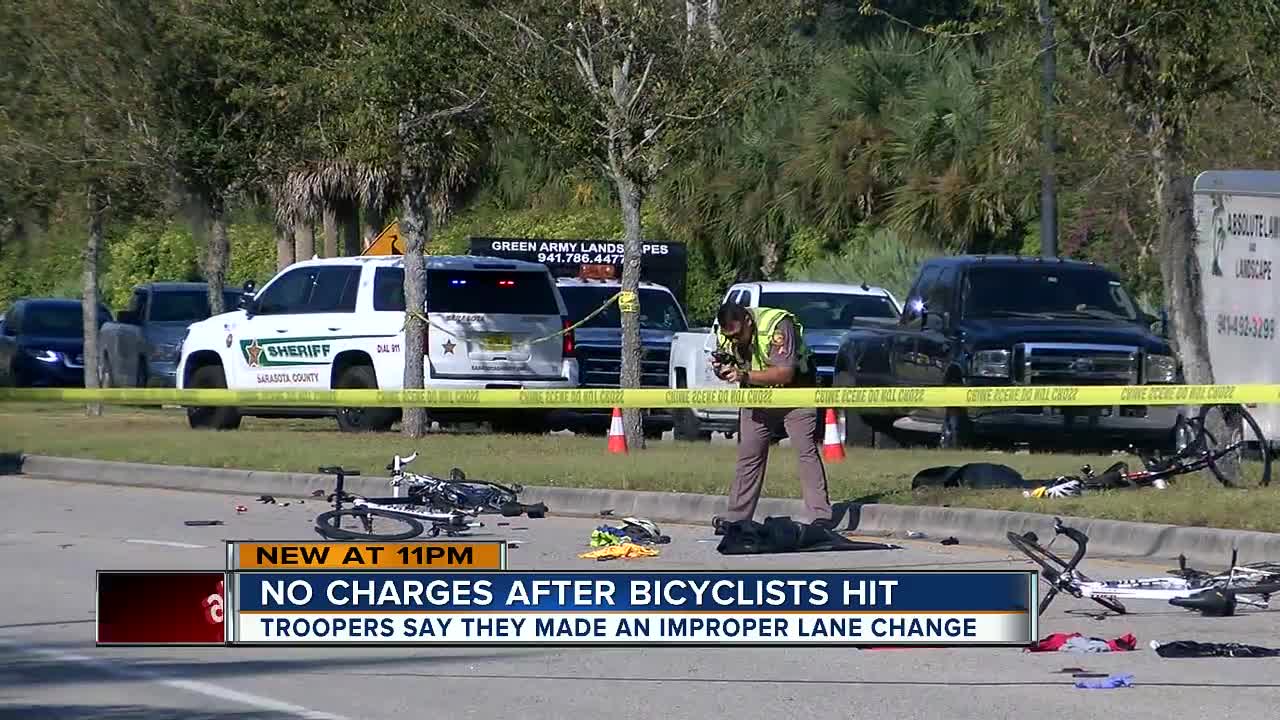 The Florida Highway Patrol is investigating a car versus four bicyclists crash that happened Tuesday morning in Venice. 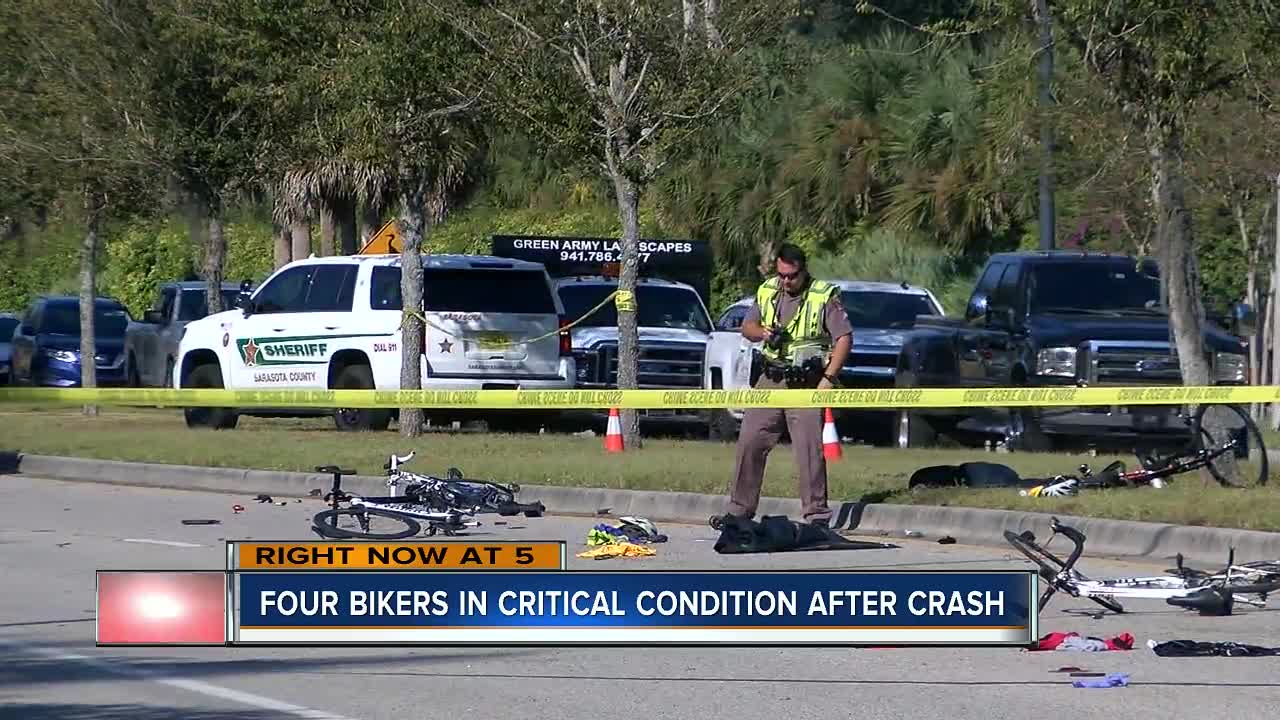 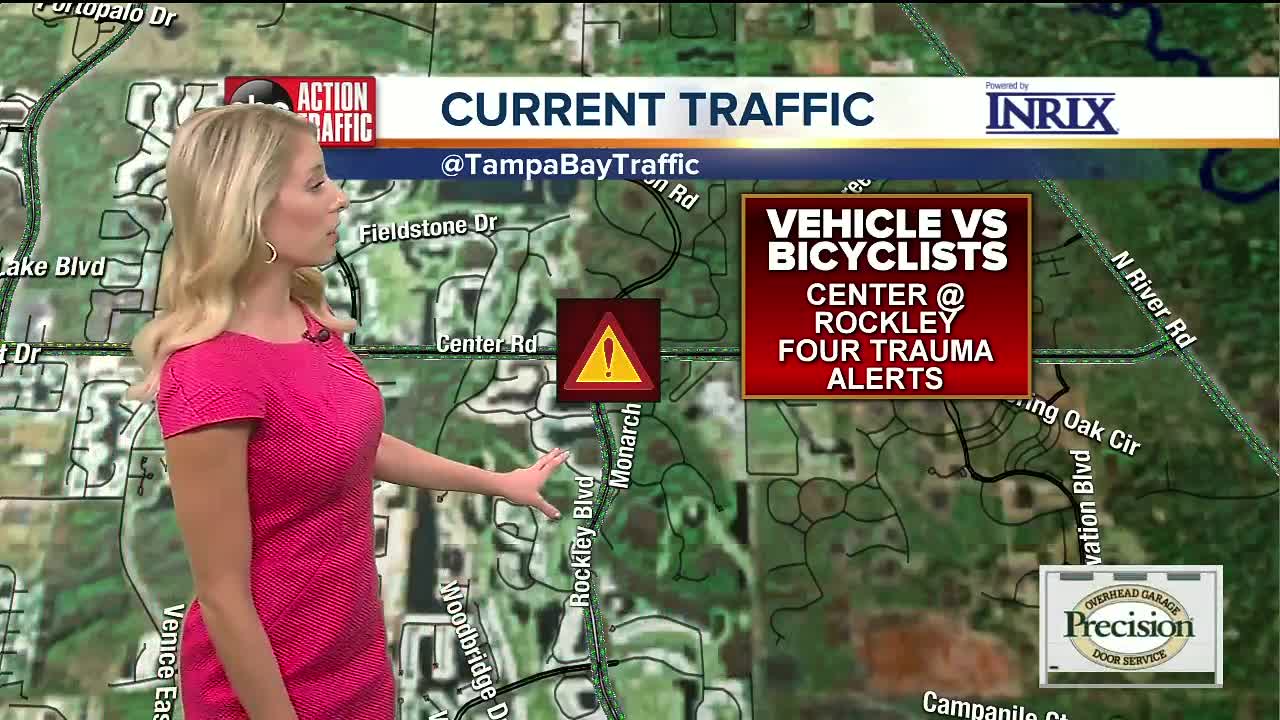 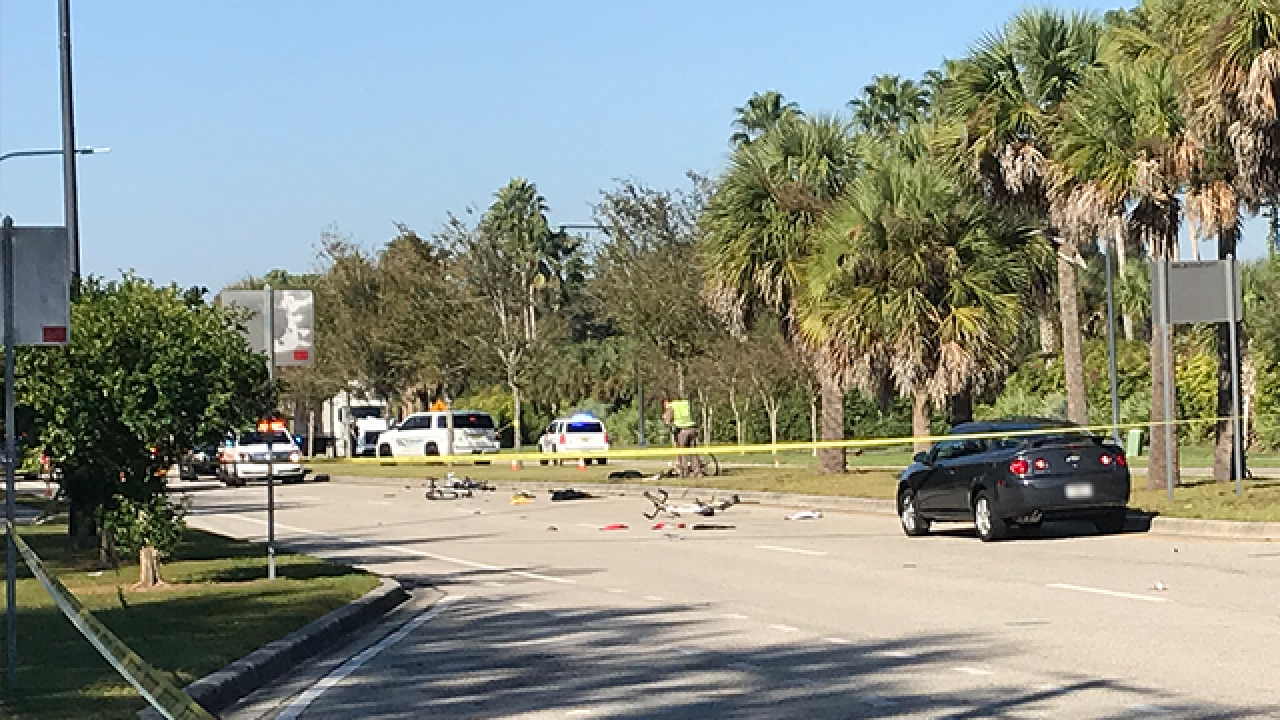 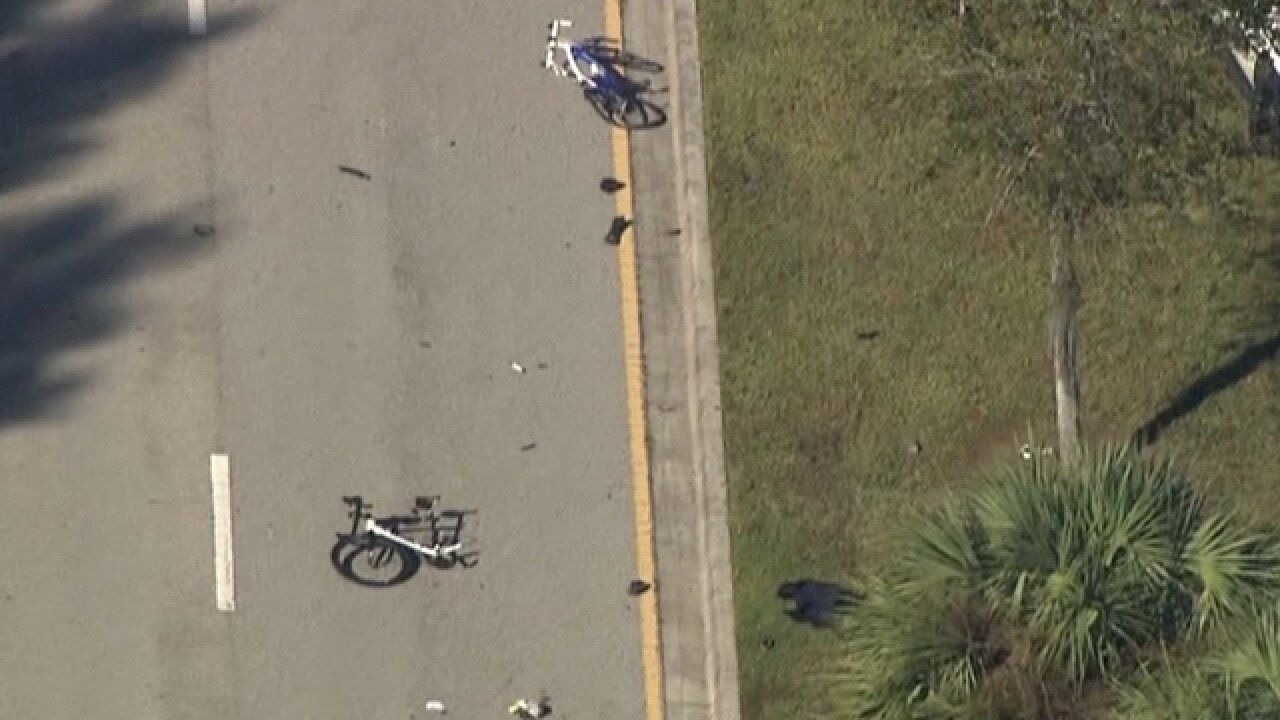 VENICE, Fla. — The Florida Highway Patrol is investigating a car versus four bicyclists crash that happened Tuesday morning in Venice.

The bicyclists, Sarah Calabrese, 55, Jack Harrington, 57,  Joel Calabrese, 67 and John Ustruck, 60, were taken to the hospital as trauma alerts. Three were airlifted and one was transported by ambulance. All four bicyclists are listed in critical condition. FHP said the driver of the Chevrolet car is a 91-year-old woman from North Port. The driver does not face any charges, according to FHP.

People who live in the area said the road is dangerous for bicyclists and pedestrians.

"It doesn’t surprise me that someone was going to get hit at some point that’s why I always ride on the sidewalks," said Mike Campisi.