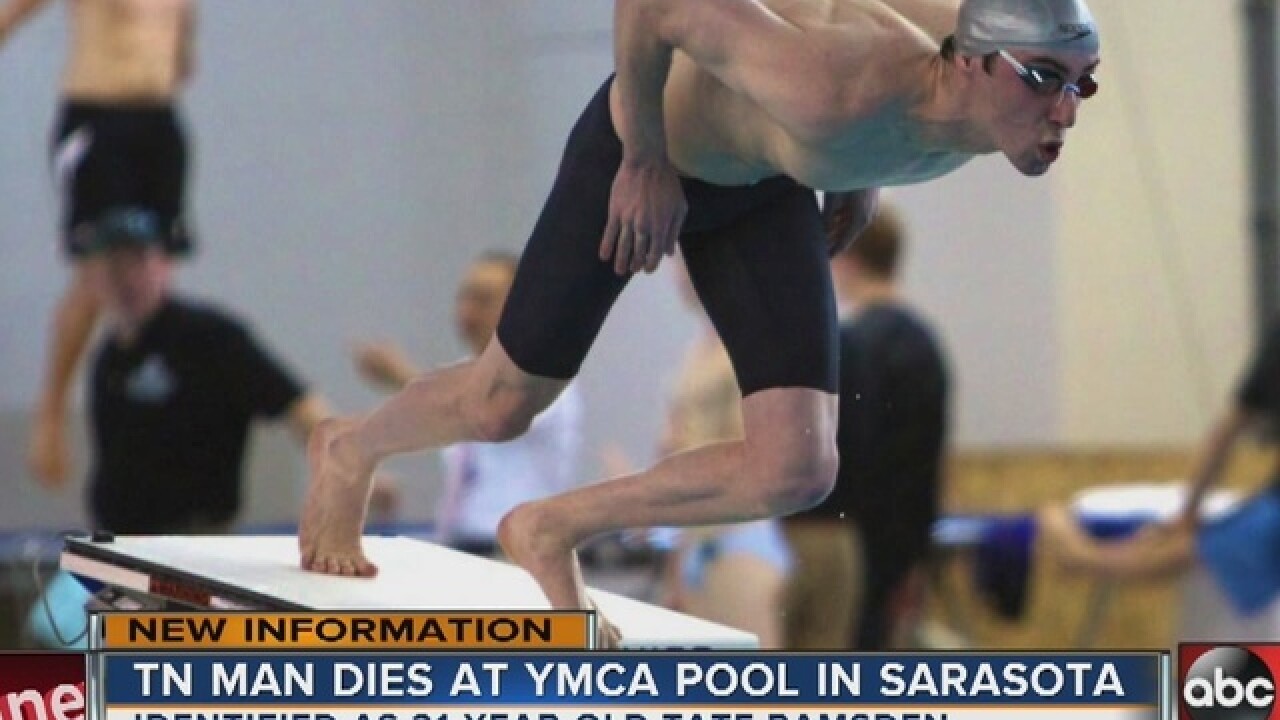 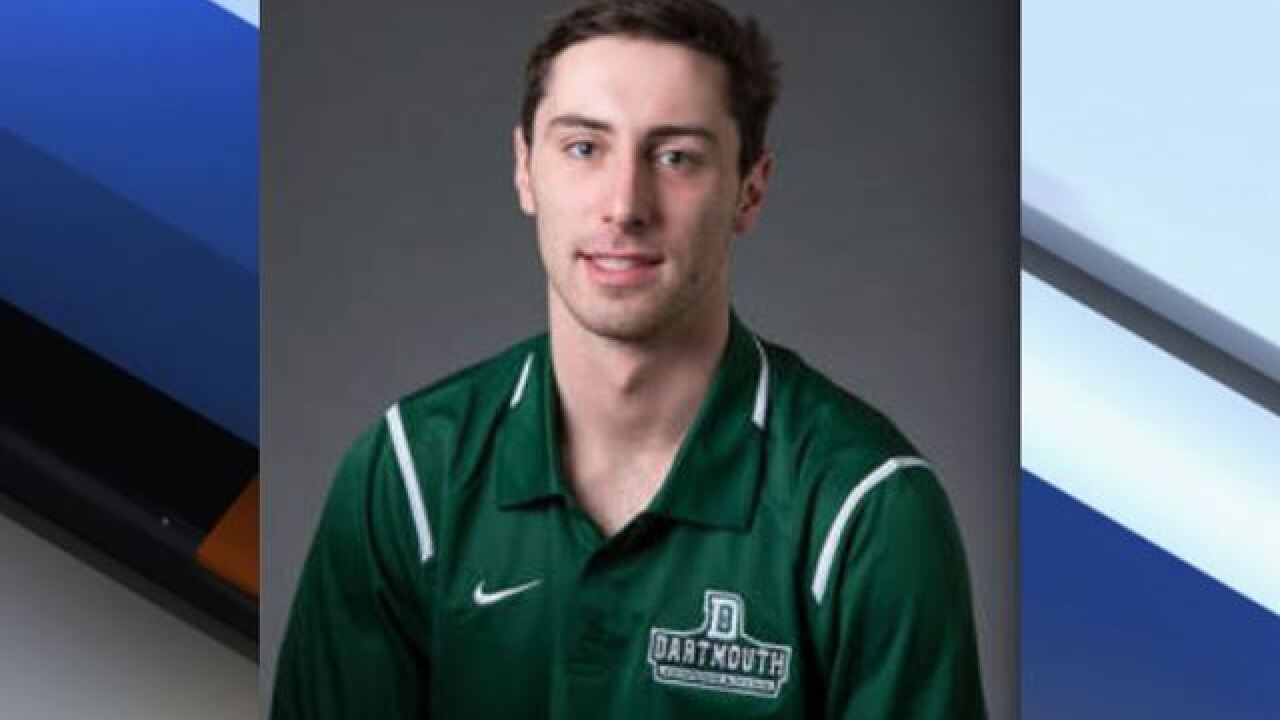 A Dartmouth College swimmer who died at a YMCA pool had been trying to complete four laps underwater without surfacing to breathe when he went into distress, according to a sheriff's office report released Monday.
Tate Ramsden, 21, of Nashville, Tennessee, was pronounced dead at the Sarasota pool after lifeguards and emergency medical personnel could not revive him, according to the Sarasota County Sheriff's Office incident report.
Ramsden was at the pool Saturday with his sister, uncle and a cousin.
"Tate had been swimming laps in the pool for some time and I was told he had swam approximately 4,000 yards before practicing his underwater swimming techniques," Officer Douglas Stidham wrote in the report. "It is believed he was likely attempting to complete a '100' which is four laps across the pool without surfacing for air."
At some point, Ramsden's sister and cousin noticed that he was not moving underwater, and they alerted lifeguards who removed him from the pool, Stidham wrote.
Water and blood came from Ramsden's nose and mouth throughout the attempts to revive him, according to the report.
An autopsy is pending to determine the cause of death.
Ramsden swam for Dartmouth as a freshman and sophomore. He was scheduled to graduate from the school in Hanover, New Hampshire, in 2017.
In an email Sunday evening to students and faculty, Dartmouth President Phil Hanlon wrote that Ramsden's family has planned a memorial service next weekend in Nashville.
"We have been in touch with Tate's family to share our deepest sympathies with them at this time of heartbreaking loss," Hanlon wrote.
A message left for Ramsden's sister was not immediately returned, and a person who answered the phone number listed for Ramsden's mother hung up on an Associated Press reporter.
"He was a great kid. He truly was a pleasure to have around all the time," said John Morse, the head coach at the Nashville Aquatic Club, where Ramsden swam for many years. "He was witty with a dry sense of humor, had a great intellect — an accomplished swimmer and a wonderful teammate."
___
Associated Press writer Travis Loller in Nashville, Tennessee, contributed to this report.
Associated Press 2015