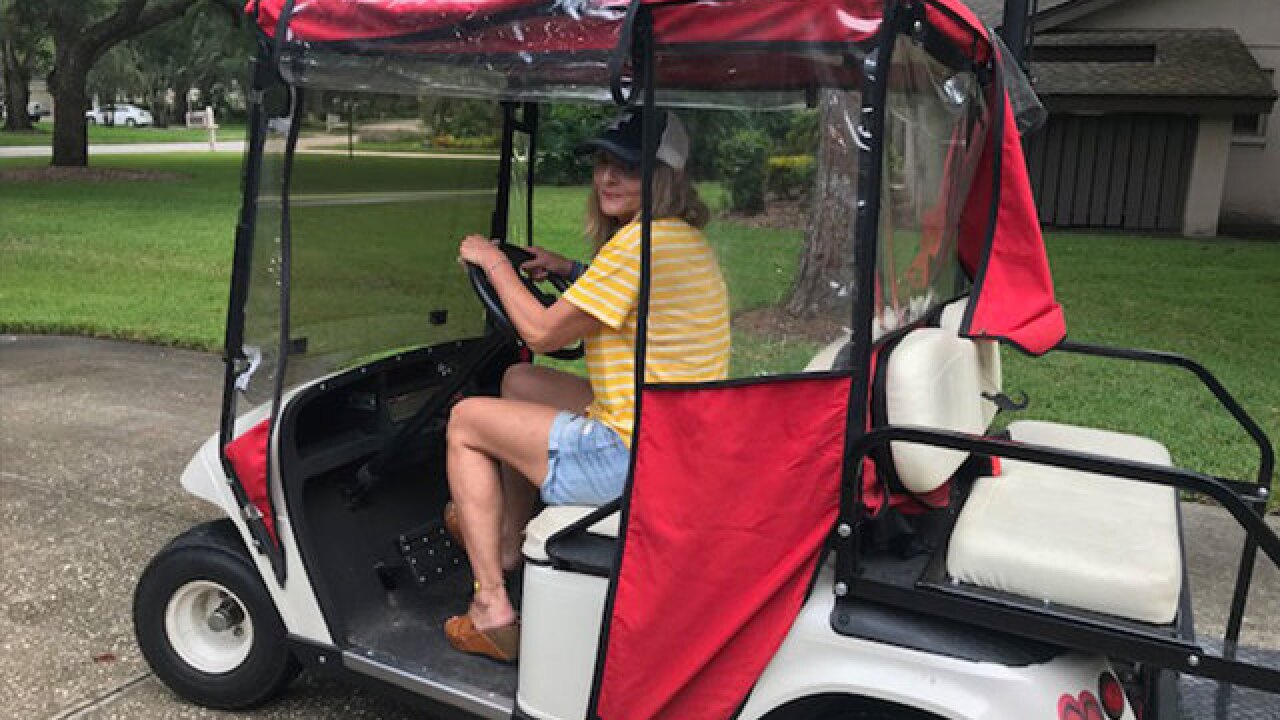 The golf cart was left charging with the garage door closed.

"It can be deadly. It's odorless and colorless. It's more of an asphyxiant which removed the oxygen so you could potentially die from that gas, more so it's flammable," said Sarasota County Fire Chief Michael Regnier.

She became concerned when a second one in the home also started beeping.

"When we arrived, we did determine the house did not have gas in it which would have given off carbon monoxide," said Chief Regnier.

Firefighters determined an overcharged battery on a golf cart in the garage was giving off hydrogen gas and it was good the family evacuated the house, according to the Chief Regnier.

Newer golf carts and chargers do allow for the automatic shutoff of the charging system when the battery is fully charged.

"It's an older style golf cart with a charger that doesn't shut off when the battery is fully charged," said Marrs.

Carbon monoxide detectors will activate when exposed to high amounts of hydrogen.

"It's literally by the graces of God, we would have not gotten up in the morning and who would have ever thought an electric golf cart, never," said Marrs.

"The fire department was wonderful. They had aired everything out, ventilated the whole house. They were really nice," added Marrs.

"If nothing else, get a carbon monoxide detector whether you have gas or don't have gas because it saved our life," said Marrs.