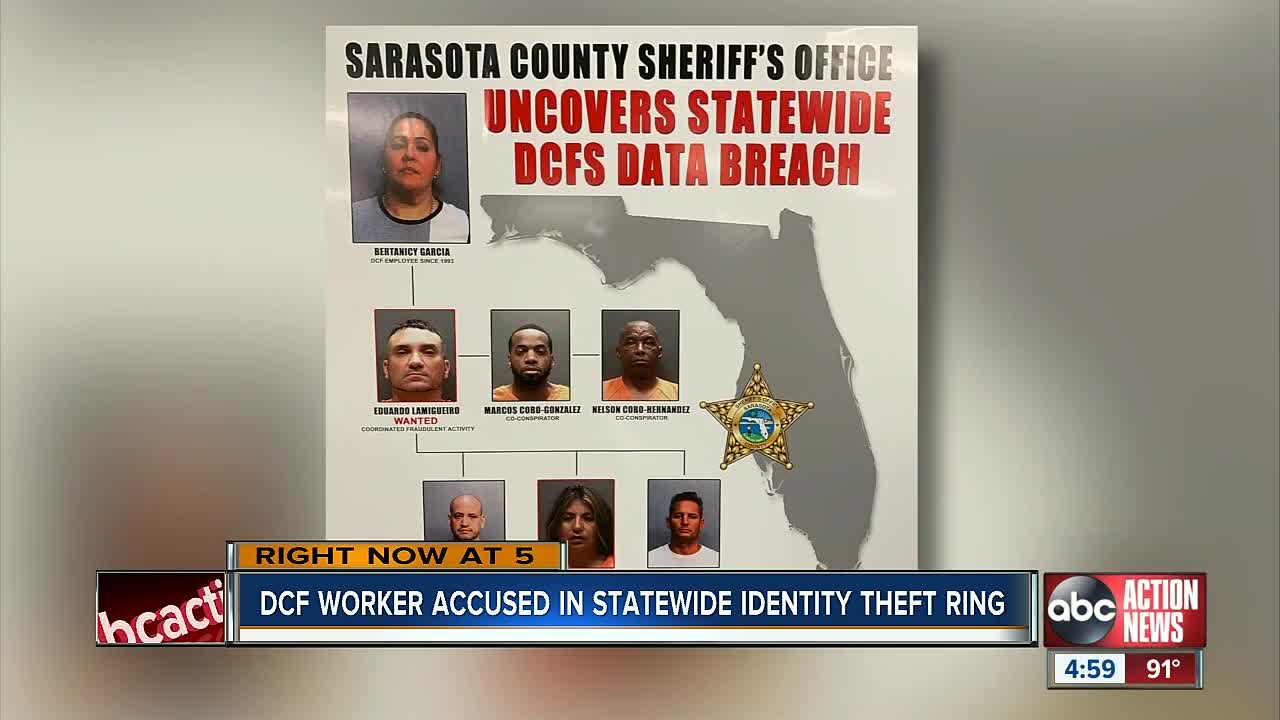 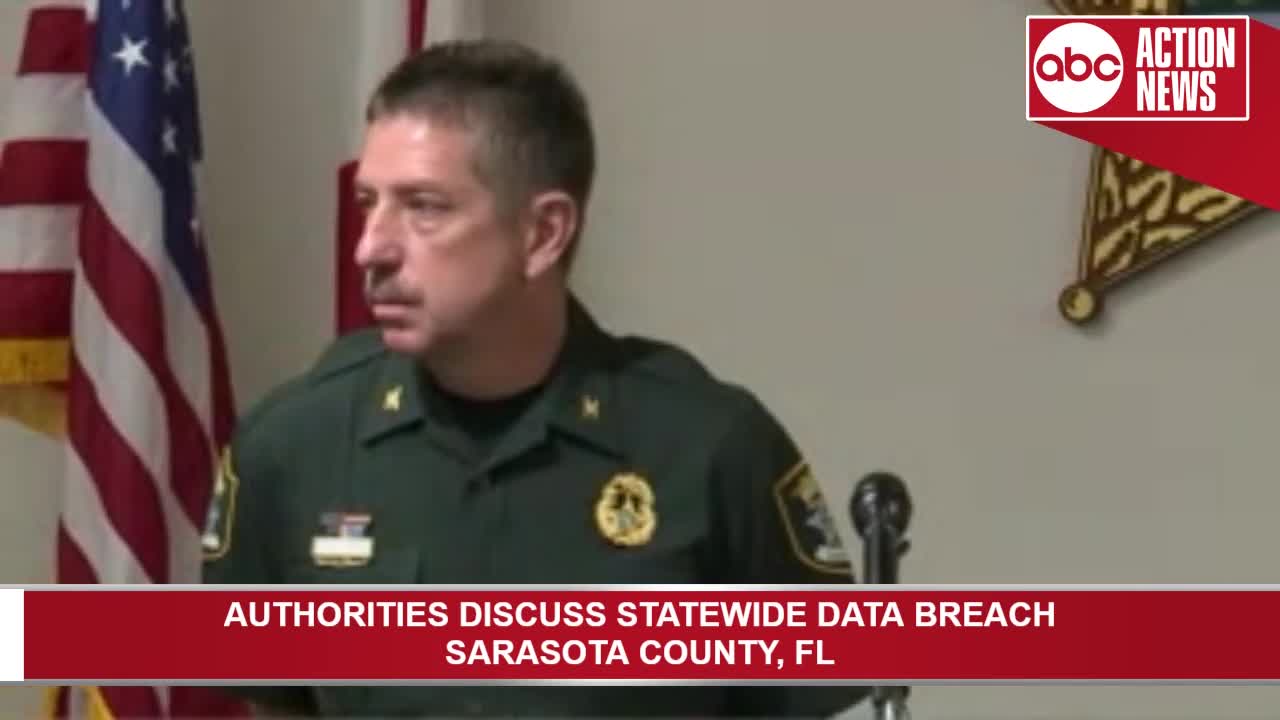 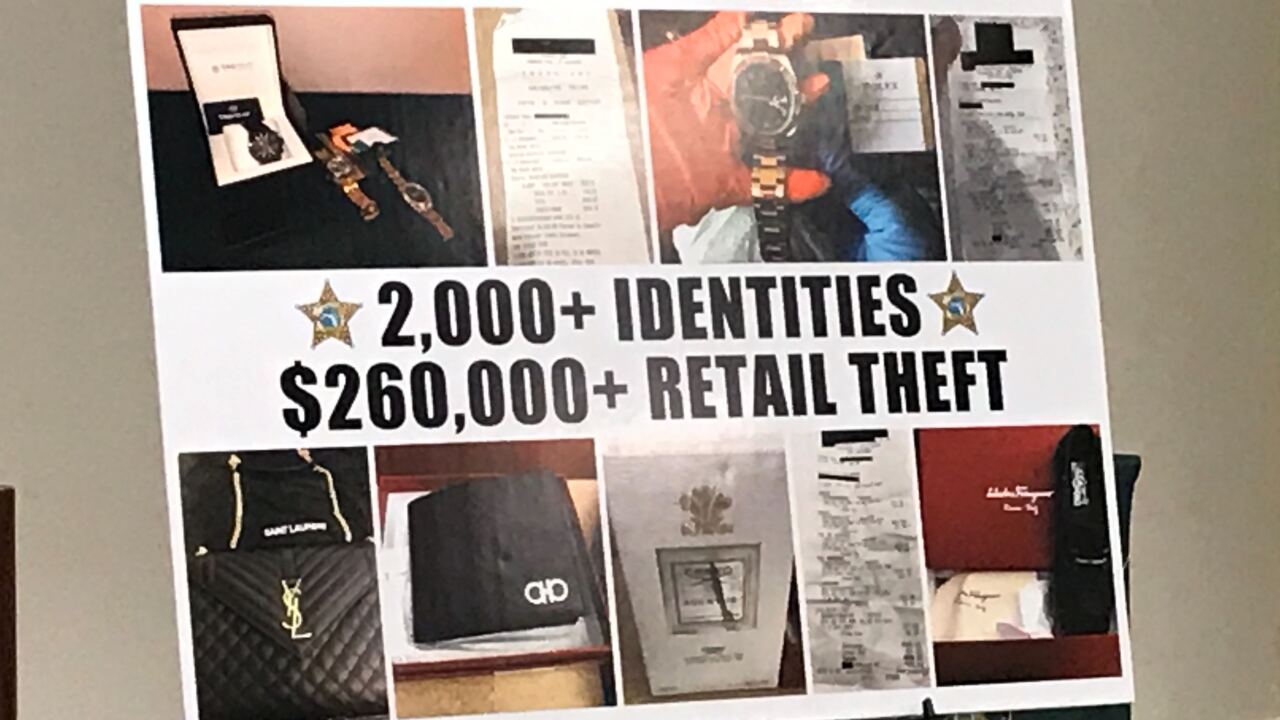 Sarasota County Sheriff’s Office detectives say at the top of the ring— a Florida Department of Children and Families Service employee who stole personal, sensitive information.

“She is a key player and at the top of the list right here,” said Sarasota Sheriff’s Office Chief Deputy Kurt Hoffman.

48-year-old Bertanicy Garcia, a DCFS interviewing clerk, has been fired and arrested.

“I can tell you she was an intricate part of this extensive fraudulent activity,” said Hoffman.

Detectives say Garcia fed the personal information of adults and children from the DCFS database to a network of thieves.

“The alleged actions of the individual involved in this investigation took critical resources away from the children and families who needed it the most,” said DCFS Assistant Secretary Economic Self-Sufficiency Taylor Hatch.

Detectives arrested Garcia and four others they believe target two thousand of Florida’s most vulnerable seeking services from DCFS.

They say the thieves turned the information into fake driver’s licenses and fraudulent credit cards, then bought expensive items like Rolex watches and designer handbags and shoes.

“The department is working diligently to begin notifying anyone who’s personal identifying information may have been compromised and will be providing identity theft protection services to those individuals at no cost to them,” said DCFS’s Hatch.

Sarasota detectives say the thieves racked up upwards of $260,000 in purchases, ruining some credit reports for unknowing victims.

“There was a woman who was trying to purchase a home and her credit is messed up and she’s not going to be able to buy that home until this gets straightened out,” said Deputy Chief Hoffman.

Detectives arrested five suspects from the South Florida area but are still looking for two suspects.

They say 39 year old Roxana Ruiz and 43 year old Eduardo Lamigueiro may be in the Orlando area.