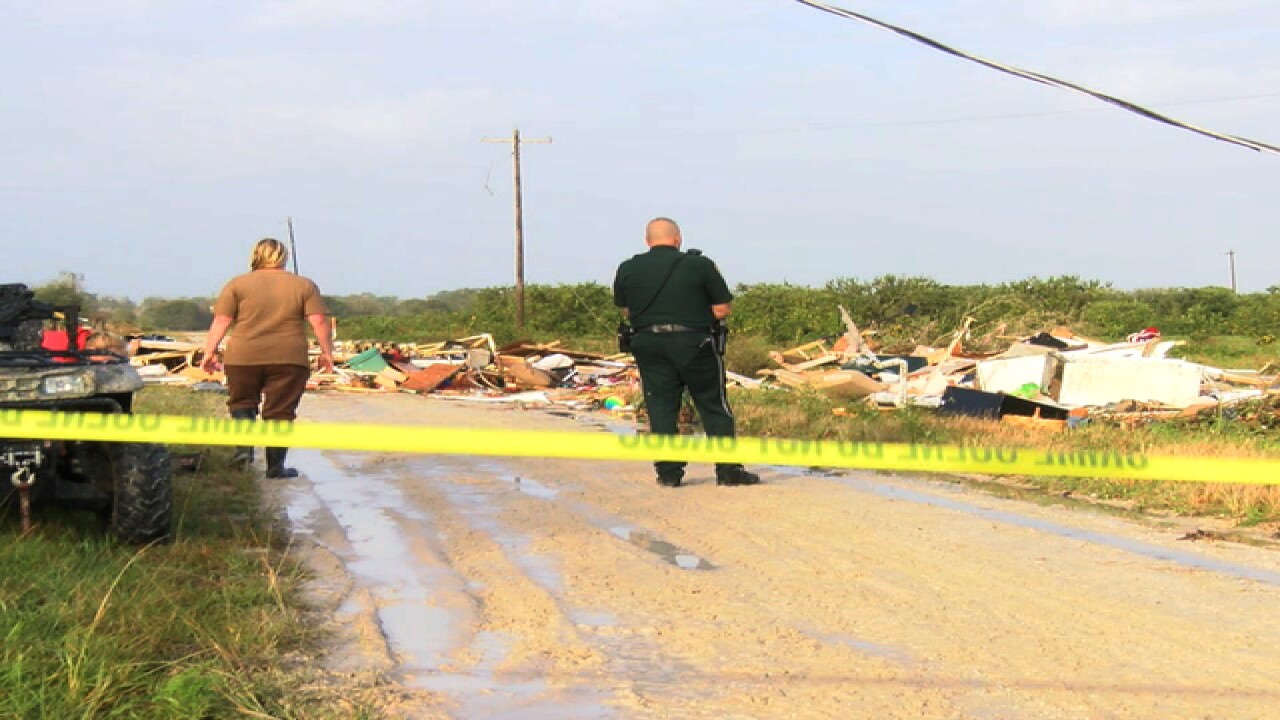 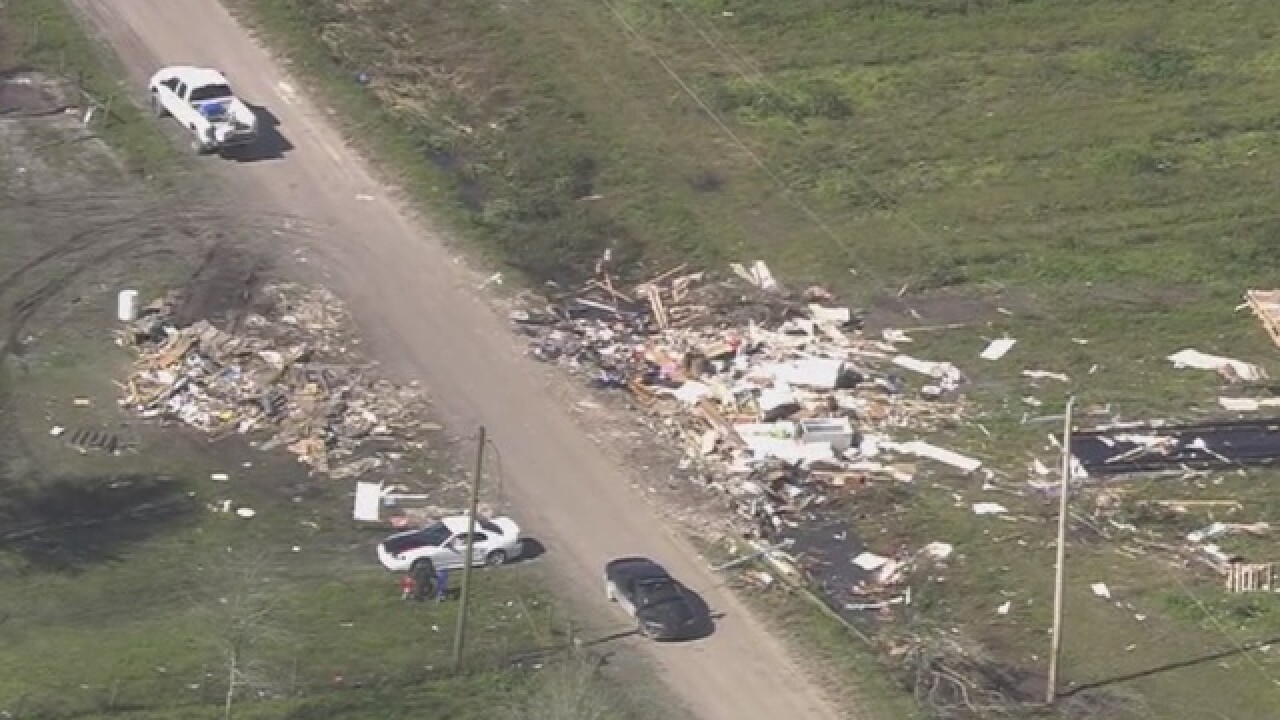 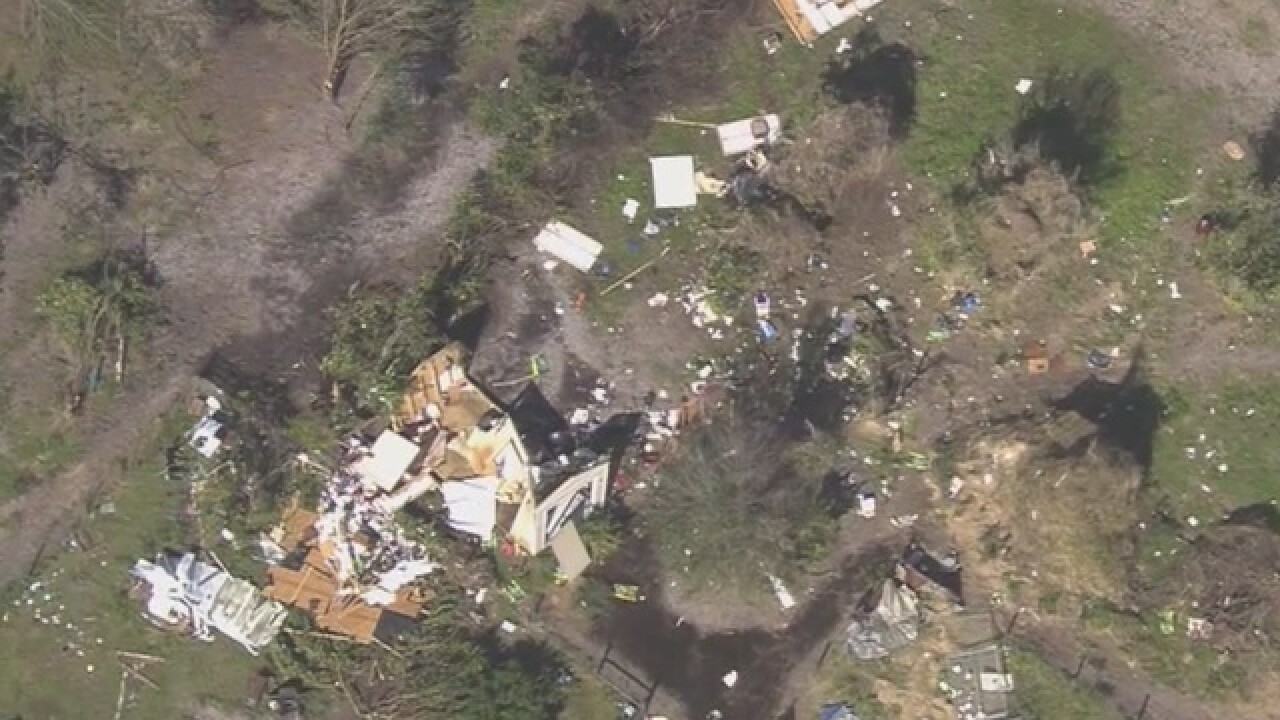 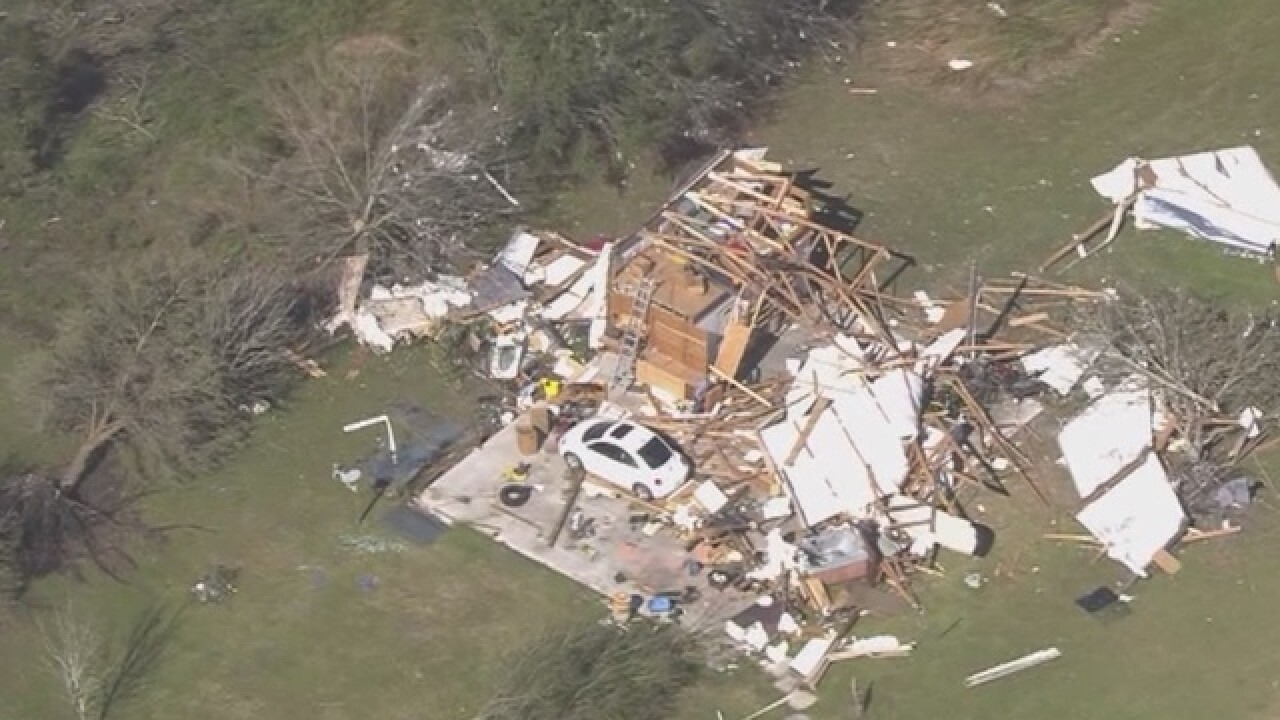 Four children remained hospitalized Monday, more than a day after a tornado tripped through Manatee County, killing a couple.
The twister touched down Sunday morning in the small town of Duette, ripping a mobile home off its blocks and throwing it over a road.

Debris is all that remained as the community mourned the loss of two beloved residents, Steve and Kelli Wilson.
“I still can’t believe this, looking at all this. That was their home,” said neighbor Sharon Barnhill.
The debris stretches for hundreds of yards from where the Wilsons lived.
“Wonderful people. You could not ask for better neighbors or better friends,” neighbor Randy Sharp said.

Neighbors scrambled to try and help, but the Manatee County Sheriff’s Office said Steve Wilson was found dead in the wreckage.
“I was yelling, ‘Where’s Steve? Where’s Steve?’ My neighbor told me Steve was already gone,” Sharp said.
His wife, Kelli, made it out, where Sharon Barnhill tried to comfort her.
“She kept saying she couldn’t breathe. She kept trying to get up, and we just kept telling her to lay still,” Barnhill said.
But in the ambulance on the way to the hospital, Kelli died from an apparent heart attack.
In the middle of such terrible loss, there was also an amazing story of survival.
The Wilsons’ son, Stephen, and four grandchildren, ages 6 through 10, were also inside and somehow escaped to a barn.
“I’m amazed to see that anybody got out of this alive. You’ve looked at the debris behind us. This is just complete devastation to this home,” Manatee County Sheriff Brad Steube said.
The path of damage stretched south to Sarasota County, where 60 properties received some level of damage, according to county officials. The cost of the damage there is estimated at $12 million.
There will be time to grieve, but right now, neighbors are coming together to clean up.
“You thank god that it’s not worse. But you have to question why two wonderful people are gone,” Sharp said.
A lifetime of memories and possession are underneath the rubble. But the neighbors said they’ll be out as long as it takes to salvage what they can.
Scripps Only Content 2016