Boy's mother calling for more than just an apology

A Manatee County mother is demanding more than just an apology from her son’s summer camp after he was left behind by camp counselors last week.

BRADENTON, Fla. — A Manatee County mother is demanding more than just an apology from her son’s summer camp after he was left behind by camp counselors last week.

Kelly Fraser’s son passed out suffering from severe heat exhaustion, which went unnoticed by the camp counselors when his group left the playground at G.T. Bray Park.

Her son, just 7 years old, was later found by a couple of nice strangers who woke him up and called her.

“She and another lady tried to shake him, wake him up 3 different times,” Fraser tells ABC Action News. "He finally got up. He was very disoriented, confused, worried, scared. And she asked him his name and my name and phone number and he was able to give it to her.” 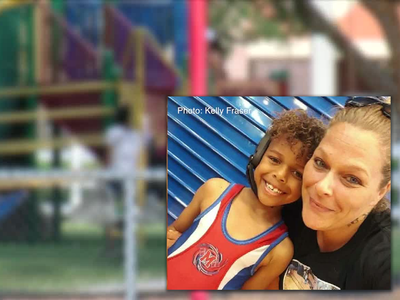 When Fraser confronted the camp management, she says they told her that the counselors were sometimes just lazy.

Manatee County officials tell ABC Action News they apologized for the mistake and they will be having camp counselors do a roll call before changing locations, instead of just “counting heads.”

As for Fraser’s son, he is doing okay now but was sick enough that his mom had to take him to the hospital after the accident.