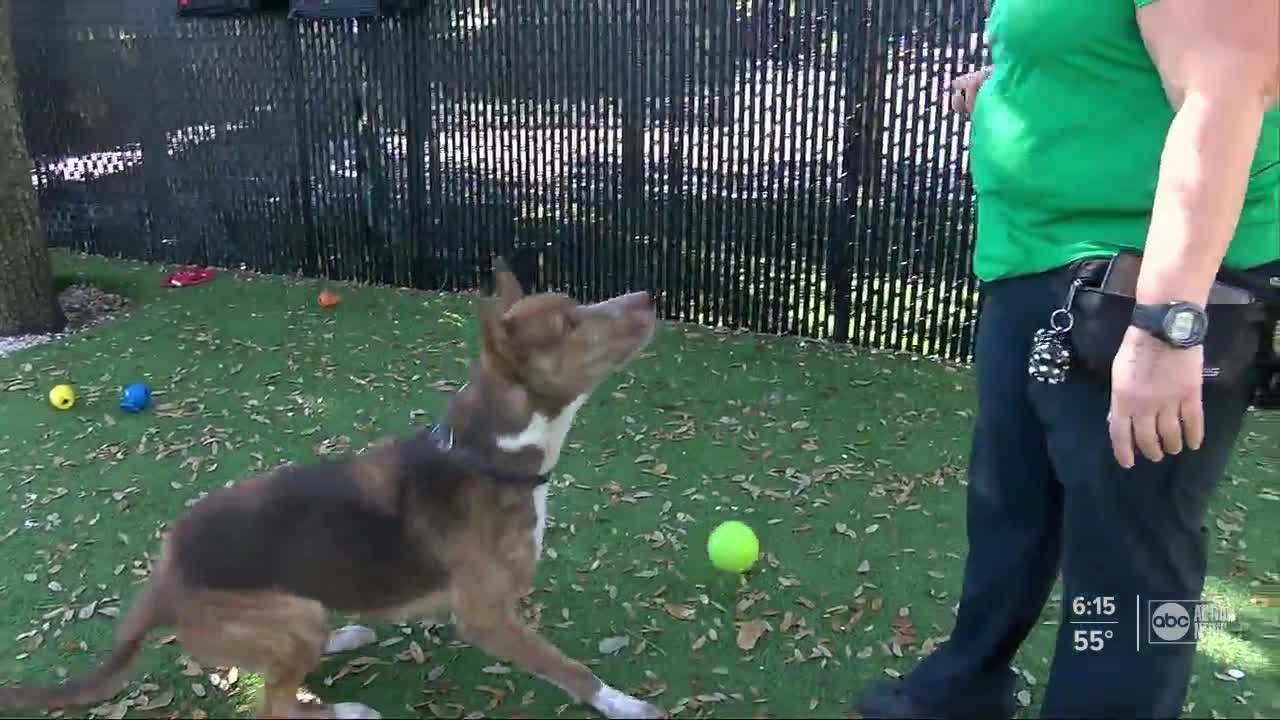 A local brewery is helping dogs get adopted. 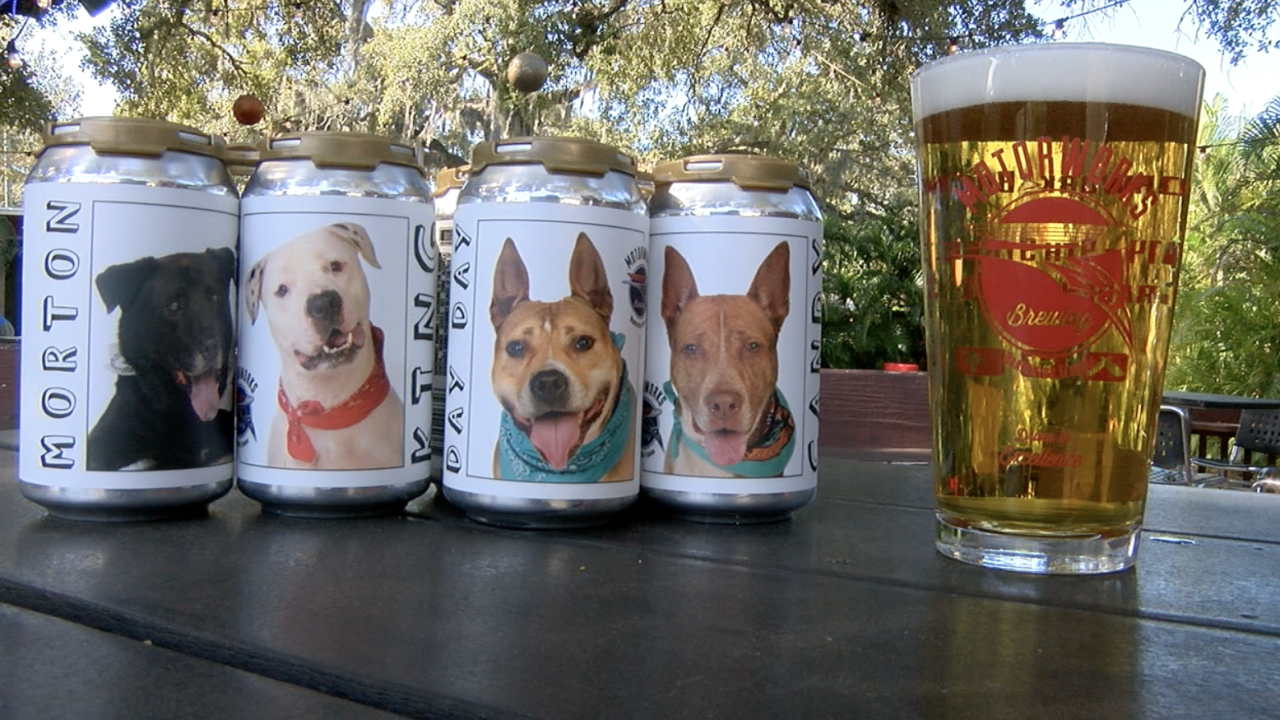 Two-year-old Candy is a german shepherd/mastiff mix at Manatee County Animal Services. She is smart and full of energy.

"She loves nothing more than playing in one of our yards with a ball. A shelter environment, where she’s in a kennel for most of the day, is not good for a dog like that," said Hans Wohlgefahrt, Manatee County Animal Service outreach and event specialist.

Especially since Candy has been at the shelter since June.

"She’s such a sweetheart and she’s looking for a home, and there are so many stories like that," said Barry Elwonger, Motorworks Brewing director of sales and markerting.

Elwonger says Motorworks Brewing in downtown Bradenton is featuring Candy and other adoptable dogs on their beer cans.

"To commemorate the first can-run of our Cruiser golden lager, we put four adoptable dogs and onto the cans to raise awareness for the shelter and money for the shelter as well," said Elwonger

Each can has a picture of the dog and says a little something about them. MCAS says the publicity is a huge help because right now they're at nearly twice their capacity.

"It has been a constant problem, being the county’s only open-admission shelter, we take in nearly 15-20 animals every day," said Wohlgefahrt.

Elwonger says that’s why all of the proceeds are going to help build a new shelter.

So far, two of the dogs on the cans, King and Morton, have been adopted. But many more, including Candy, are waiting to find a forever home.

"We just want to continue to raise awareness as well as find these dogs good homes," said Elwonger.

If you want to get your hands on one of the cans, they’re available exclusively at Motorworks Brewing in a 4-pack or a case of 24.