Brancato's hopes to reunite owners with their pets 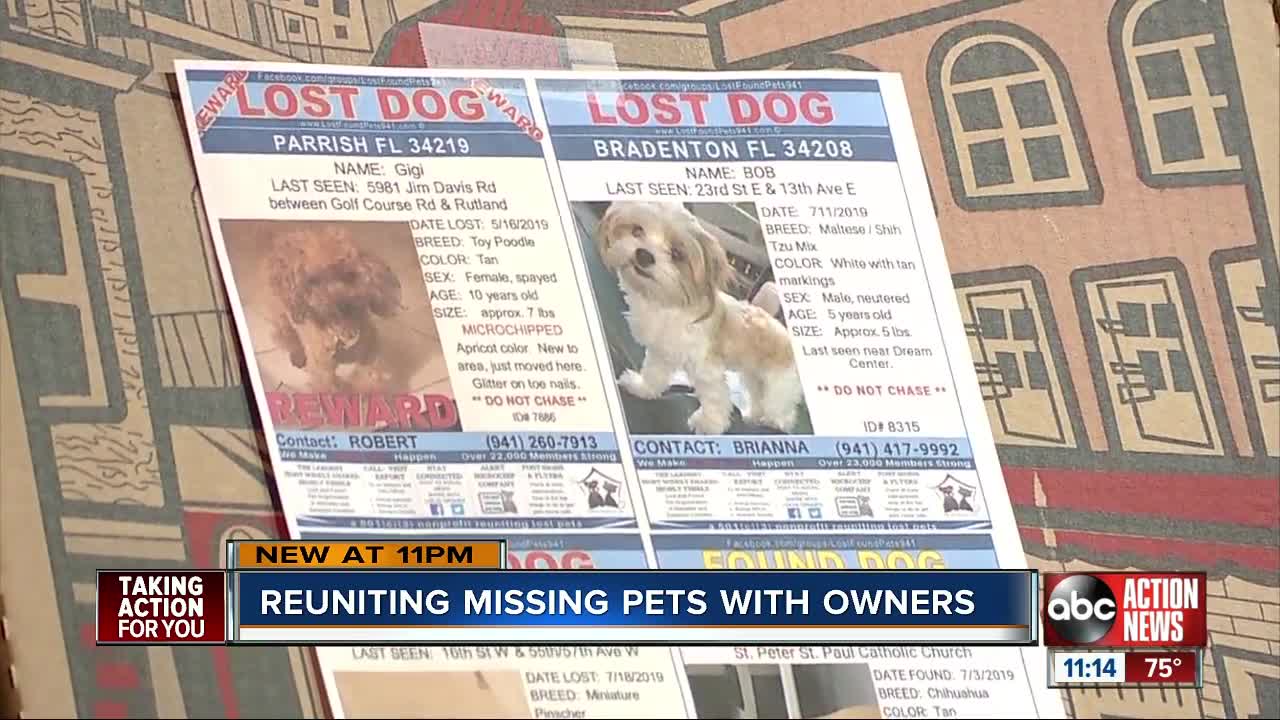 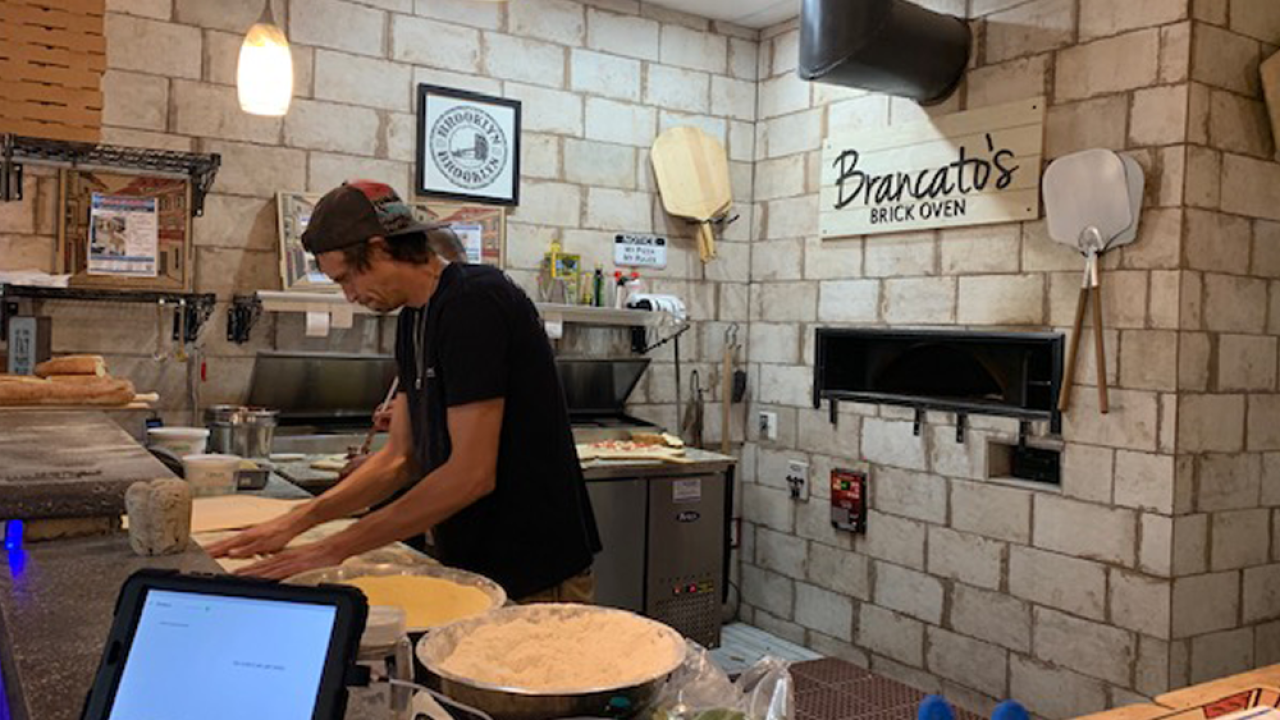 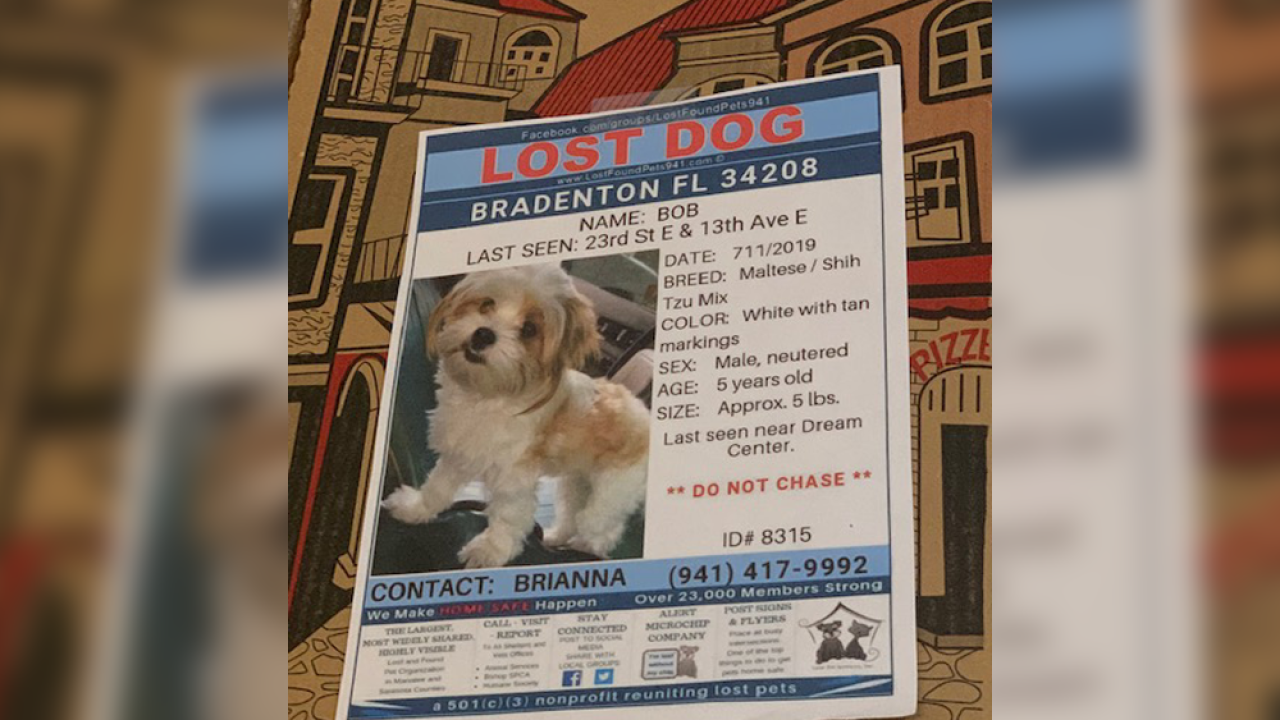 BRADENTON, Fla. — A local pizza place is trying to help reunite owners with their lost pets.

"You put them on poles, see them driving down the street, but do you ever stop and read that sign? Everybody gets a pizza box, right?" said Paul Halvorsen, co-owner of Brancato's Brick Oven Pizza.

Patty Giarrusso runs a non-profit, Lost Pet Services, and a Facebook group called "Lost and Found Pets 941." She came up with the idea after seeing a pizza shop in New Jersey do something similar.

"I thought my organization is so big, we have so many people. We could really touch a population we aren't touching through social media," said Giarrusso.

Giarrusso started the Facebook group after losing her two dogs in 2013. Her husband left the back gate open and they escaped, but she eventually found them.

"I have experienced the frantic, the horror of just losing them. I understand what people are going through when they lose their pets," said Giarrusso.

Giarrusso said last year, they reunited more than 1,800 people in Manatee and Sarasota counties with their lost pets using social media. She hopes to have more reunions since partnering with the pizzeria.

"We ask the owners or the finders of the lost pets bring the fliers here and drop them off," said Giarrusso.

"It would be great if we could be a big part in somebody getting their dog, cat, bird, whatever back.....donkey," said Halvorsen.

Giarrusso hopes to get more pizza places sharing fliers of lost pets in the future.

"As we get more shops involved, make it so if you lost your pet, I would just tell you here's a pizza shop closest to you that's participating, bring some fliers in and they'll put them on boxes," said Giarrusso.