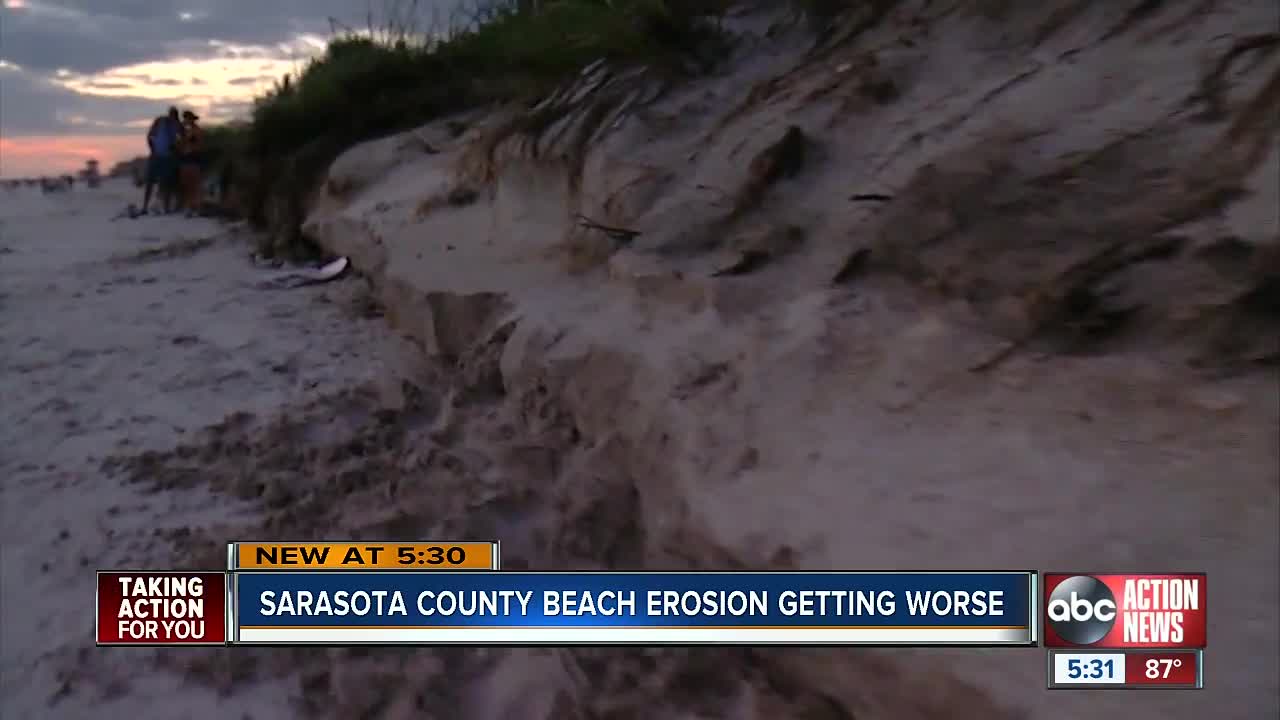 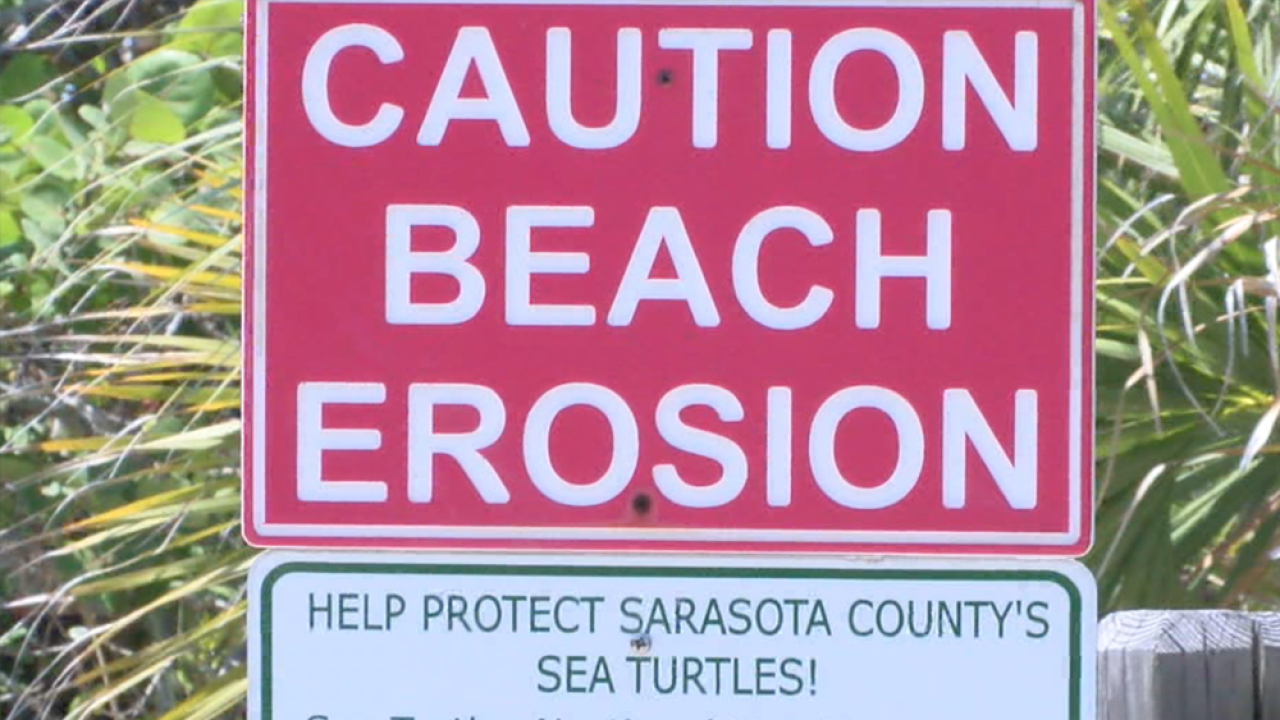 “It’s hard to get down to the beach,” said tourist Andy Nelson.

Nelson and his family heard about the beach from a family friend. He said they were told, “the beach is amazing and so beautiful.”

Nelson said that’s not what he got Wednesday morning. They left the beach early.

“The beach just drops off. It’s tough to find a place to sit,” Nelson said. “I mean you got palm trees laying all over the place cause they’re falling off the edge."

Martin and his daughter were out collecting seashells.

“This beach and this whole area really needs the money,” he said.

According to the Department of Environmental Protection, there are over 400 miles of critically eroded beach statewide, and nearly 25 miles of that is in Sarasota County.

Currently, there beach re-nourishment projects on three beaches in our area. One of those project is on Lido Beach, which is also in Sarasota County. Leaders say this is why the money is tied up right now.

“It’s a beautiful place,” Nelson said. “The fact that they’re having to shut down boardwalks and stuff is sad.”

County leaders are working to find a solution.