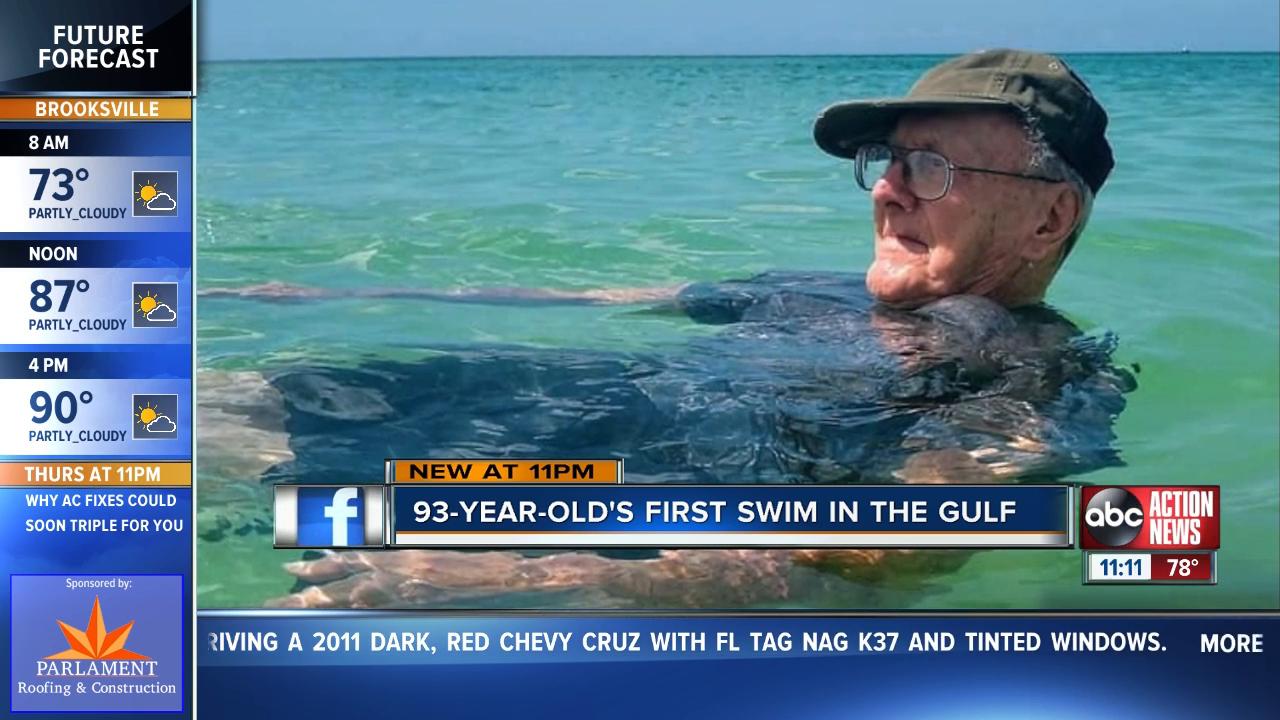 A 93-year-old man went swimming in the Gulf for the first time this past weekend. Howard Fisher celebrated his 93rd birthday in September. His daughter took him to Anna Maria Island so he could enjoy the beach. 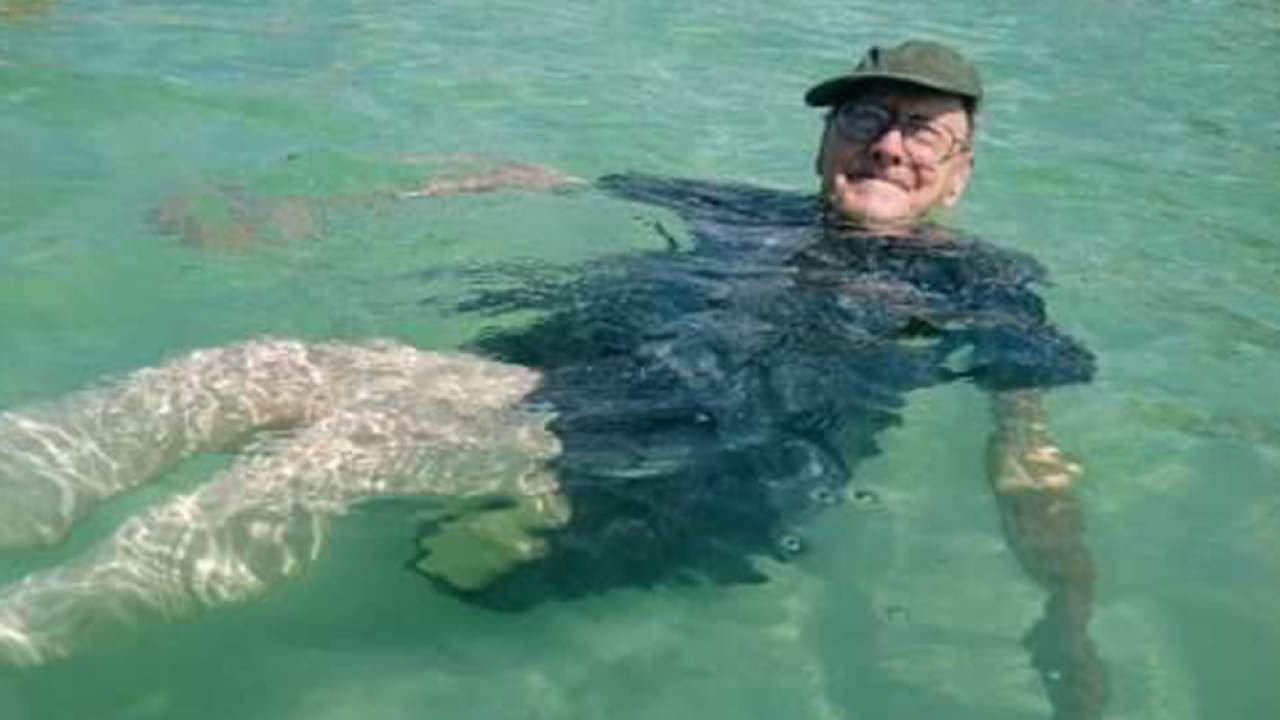 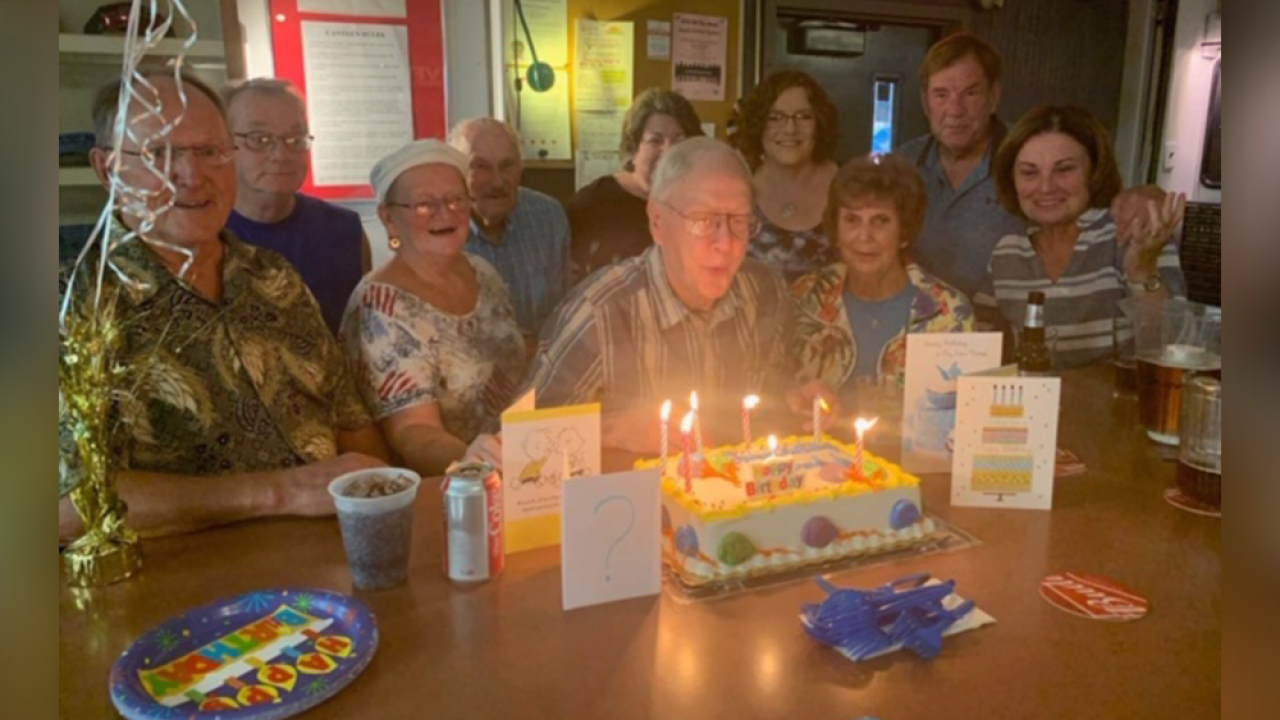 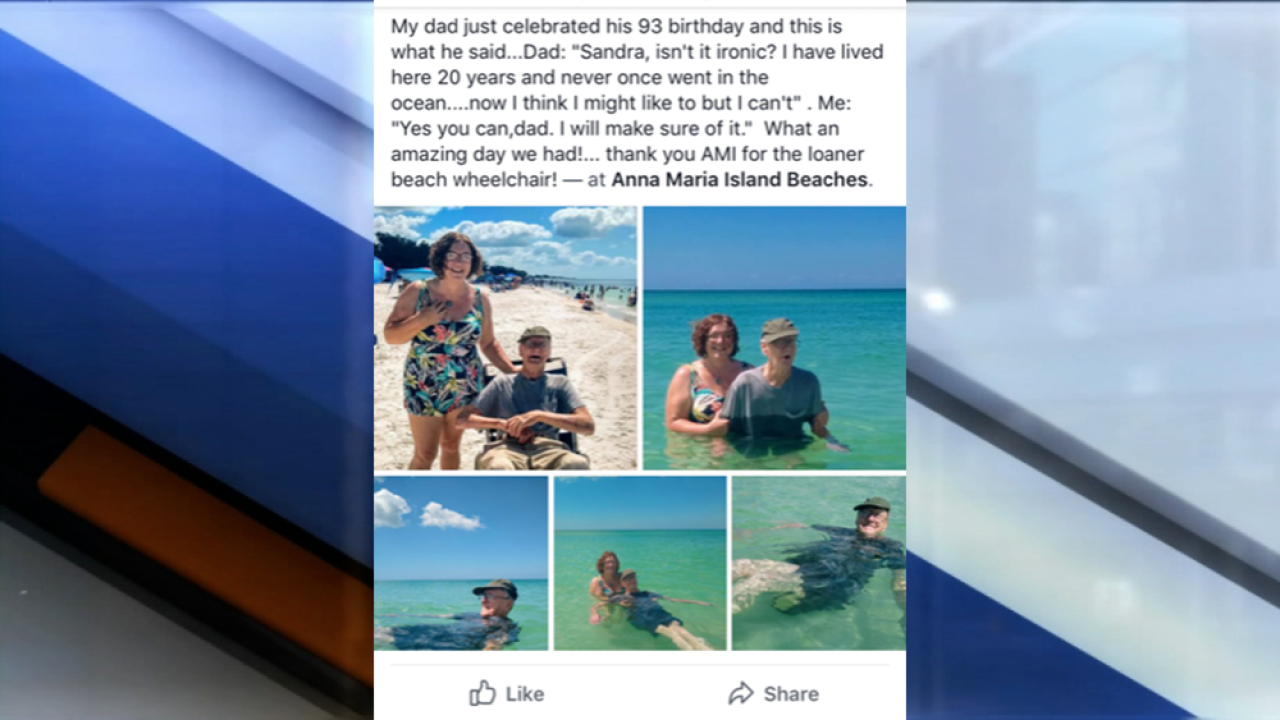 ANNA MARIA ISLAND, Fla. -- A 93-year-old Manatee County man was able to do something many thought he couldn't do over the weekend.

Howard Fisher visits the beach whenever his daughter takes him there. He has been to the beach about three to four times in recent years.

But for the first time, Howard swam in the Gulf of Mexico.

She shared the special moment from this past weekend on Facebook.

She wrote in a post, "My dad just celebrated his 93rd birthday and this is what he said...Dad: 'Sandra, isn't it ironic? I have lived here 20 years and never once went in the ocean...now I think I might like to but I can't.'"

She used a loaner beach wheelchair so she could take her father by the water. Strangers helped him out of the wheelchair.

"Salty, I couldn't stand up because of the current, but that's alright. I sure didn't go in to impress anyone," said Howard.

"He just kept saying isn't this great, Sandra, isn't this great and look at me I'm floating like a cork then he said look at the sky, the clouds and all these people enjoying themselves," said Van Nostrand.

Fisher grew up in Upstate New York. He also lived in Fort Lauderdale and Alabama.

He said he never got a chance to go swimming in the Gulf.

"We like the water, the clouds in the sky, the breeze, the color of the ocean, the Gulf," said Howard.

Van Nostrand recalls the times her father took her to the beach. She said she is returning the favor.

"I cherish every minute I get to spend with my father. He's just the greatest guy to me and I'm just so thankful I still have him in my life," said Van Nostrand.