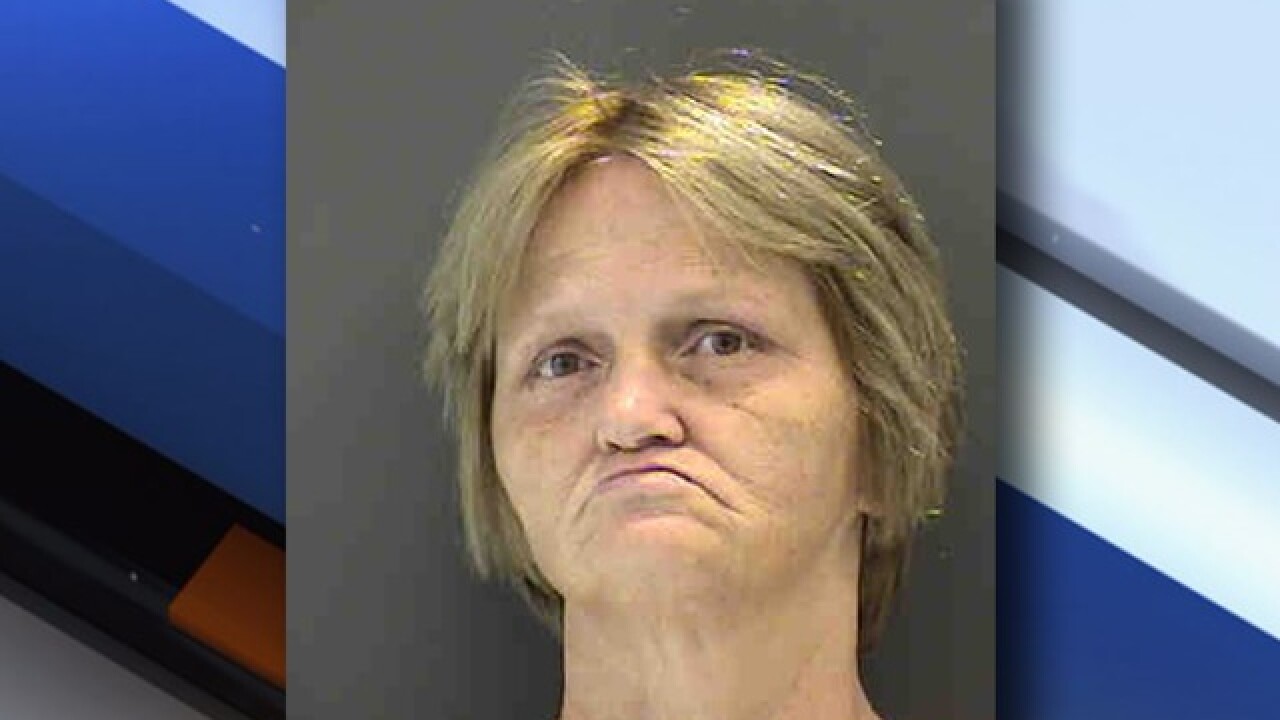 Copyright 2018 Scripps Media, Inc. All rights reserved. This material may not be published, broadcast, rewritten, or redistributed.
<p>Shirley Duncan</p>

NORTH PORT, Fla — Police arrested a North Port woman and charged her with Aggravated Cruelty to Animals and Abandonment.

Animal Services Officers responded to the home of Shirley Duncan, 55, after receiving a complaint, according to the Sarasota County Sheriff's Office.

When officers arrived, they discovered an emaciated cat sleeping in its own excrement.
Duncan claimed the cat was suffering from an illness, but could not provide proof of veterinary care. The cat was taken to an animal hospital for treatment, but it had to euthanized.

Duncan was arrested and taken to the Sarasota County Jail.

"I'm not a bad person stop judging me for trying to save cats," said Duncan.

All the animals remain in the custody of Animal Services as the investigation continues.