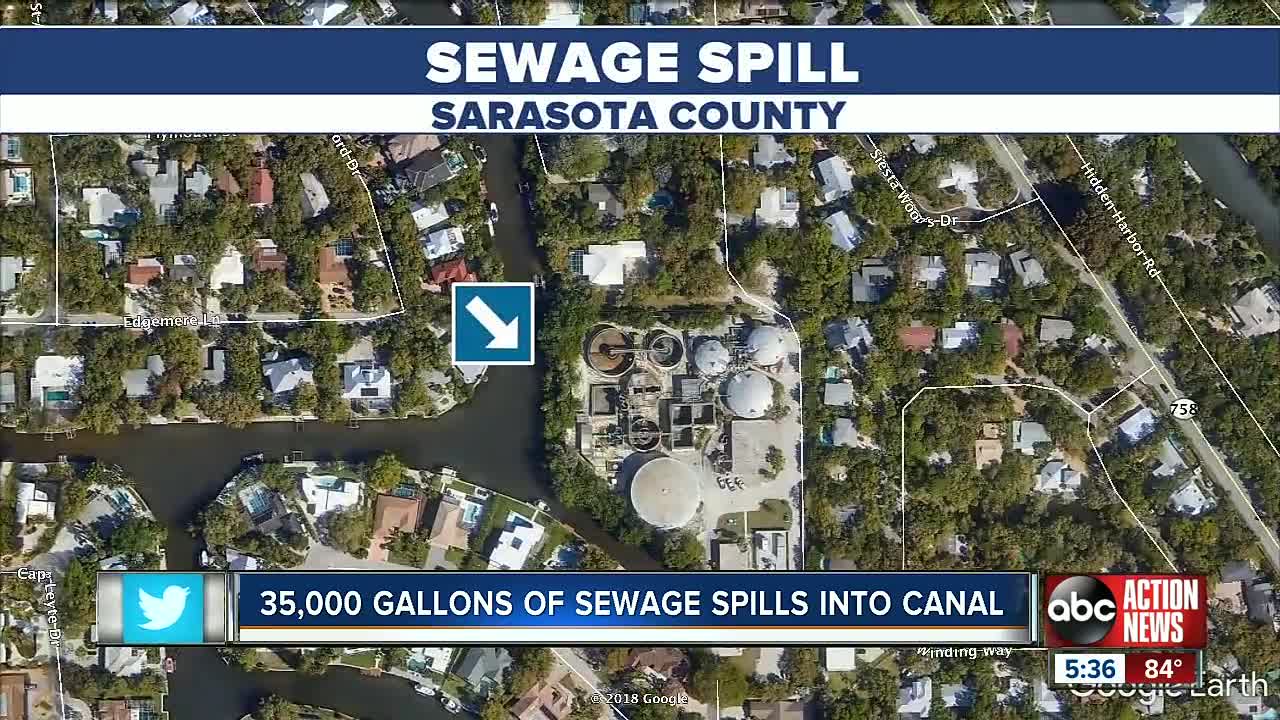 Health officials in Sarasota County issued an advisory to residents on Wednesday after 36,000 gallons of raw sewage spilled into the Grand Canal after a booster station failed. Story: https://wfts.tv/2G8Jn0X 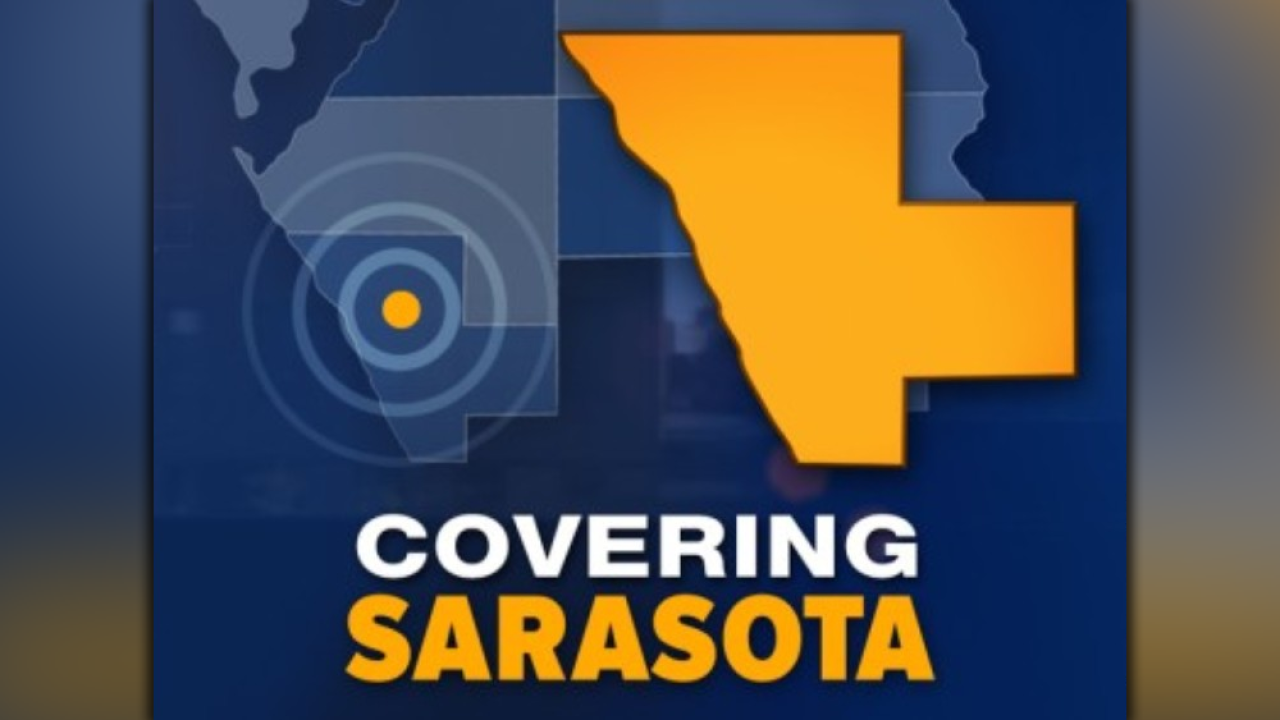 SIESTA KEY, Fla. — Health officials in Sarasota County issued an advisory to residents on Wednesday after 36,000 gallons of raw sewage spilled into the Grand Canal following a booster station failure.

The spill was stopped and 14,700 gallons of the sewage have been recovered through pumping. Officials say lime was also distributed to the immediate vicinity.

The Florida Department of Environmental Protection says the spill happened after the Lockwood Ridge booster station failed. The station is designed to relieve pressure from the Siesta Key Master Lift Station.

The Florida Department of Health in Sarasota County issued an advisory to residents and visitors near the Grand Canal. They urge them to take precautions when coming into contact with the canal's water.

"Water contaminated with wastewater overflow presents several health risks to humans. Untreated human sewage with microbes could cause gastrointestinal issues and other conditions," DOH-Sarasota said in a press release.

Anyone who comes into contact with the canal should wash thoroughly, especially before eating or drinking. Children and older adults, along with individuals with compromised immune systems are particularly vulnerable to disease.

Sarasota County Utilities will be conducting water testing in Grand Canal at locations upstream and downstream of the spill location. Water testing will continue until bacteria levels return to normal.

For more information about the potential health effects of wastewater overflow, Floridians are encouraged to contact DOH-Sarasota at 941-861-6133.