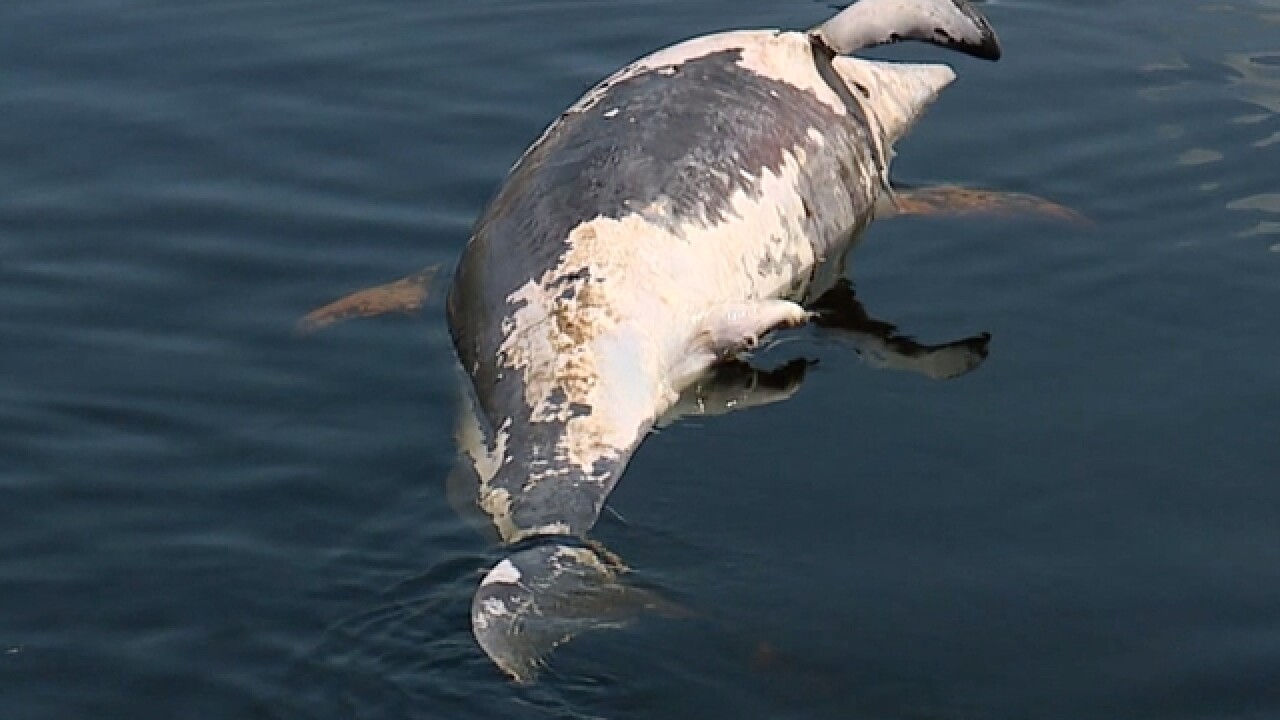 VENICE, Fla. — More Marine Lab says that 15 bottlenose dolphins have been found dead in Sarasota County in the past 15 days.

According to Mote, nine of the deceased dolphins were males, six were females.

“I have never come across something like this ever,” Master Police Officer, Paul Joyce, with the Venice Police Marine Patrol Unit said.

Officer Joyce suspects red tide is the cause of the high number of deaths. He said he does not normally respond to these type of calls.

Mote staff have been conducting will conduct necropsies on all 15 dolphins at Mote's main campus on City Island, Sarasota, to investigate what happened to them.

"All 15 were found moderately to severely decomposed, complicating our efforts to examine and collect samples for analyses, but we are dedicated to learning all we can and sharing that knowledge for the benefit of dolphin populations," Mote said in a press release on Wednesday.