The shooting happened at a home in Winter Haven. 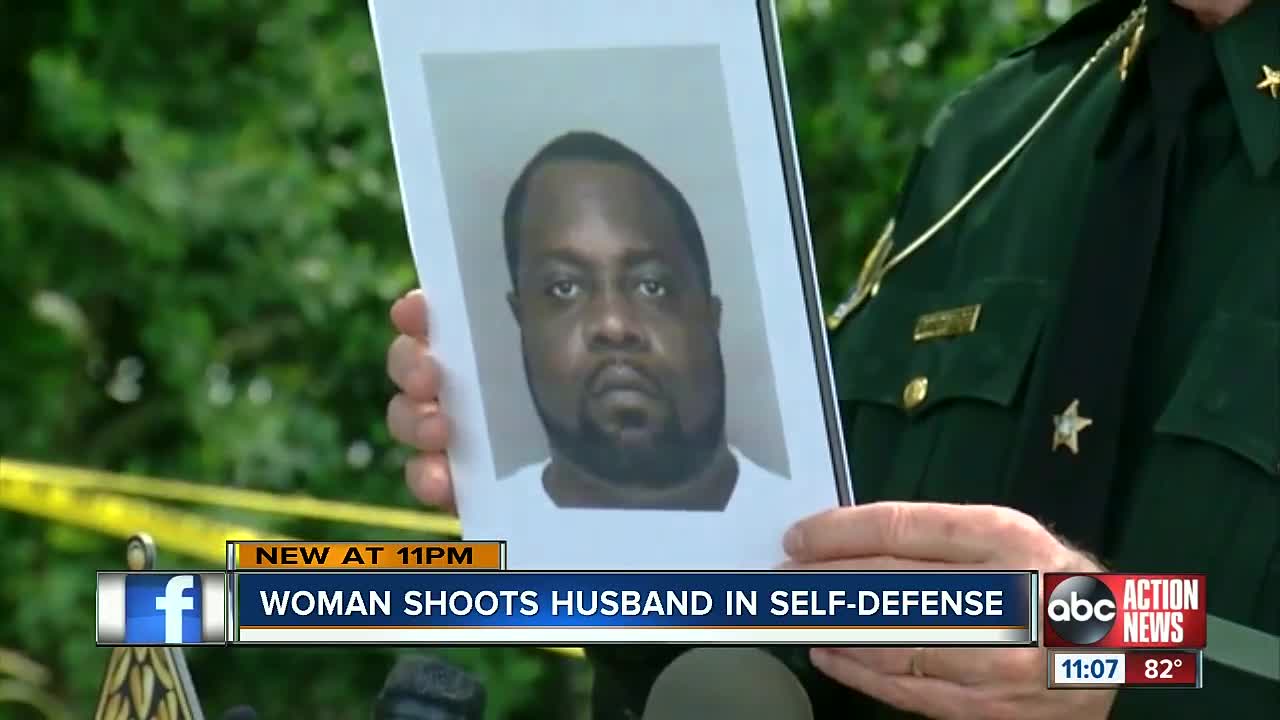 The Polk County Sheriff's Office said a 44-year-old woman shot and killed her husband in self-defense. Deputies said the man was shot at least 2 times and stumbled into the front yard where he died.

The shooting happened at a home on 6th Street Southeast in Winter Haven around 11 a.m.

"This is a family involved in a horrible domestic violence event," said Sheriff Grady Judd.

Deputies said the husband started fighting with his wife over an online video game she had been playing.

"This argument begins and continues when he comes home this morning after being away at work for a couple weeks," said Sheriff Judd.

The husband grabbed a firearm from the bedroom while the wife's cousin was also at the home. At some point during the argument, Trevor began to physically batter his wife.

The wife's cousin grabbed a jar of peppers attempting to defend her and intervene, according to deputies.

Deputies said the husband hit the cousin with the jar of peppers, hurting her.

"Trevor turns and takes the peppers from her and breaks it over her head significantly injuring her and creating quite an ugly laceration," said Sheriff Judd.

Deputies said at some point during the argument, the wife armed herself with the handgun and shot and killed her husband.

"Used the amount of force they believe was necessary to protect themselves as a result Trevor is dead," said Sheriff Judd.

Both women were taken to the hospital for treatment. The cousin has a serious laceration on her head, but is stable. The wife has minor injuries.

The Polk County Sheriff's Office said this shooting appears to be a self-defense case, but the state attorney's office will determine if the shooting was justified.