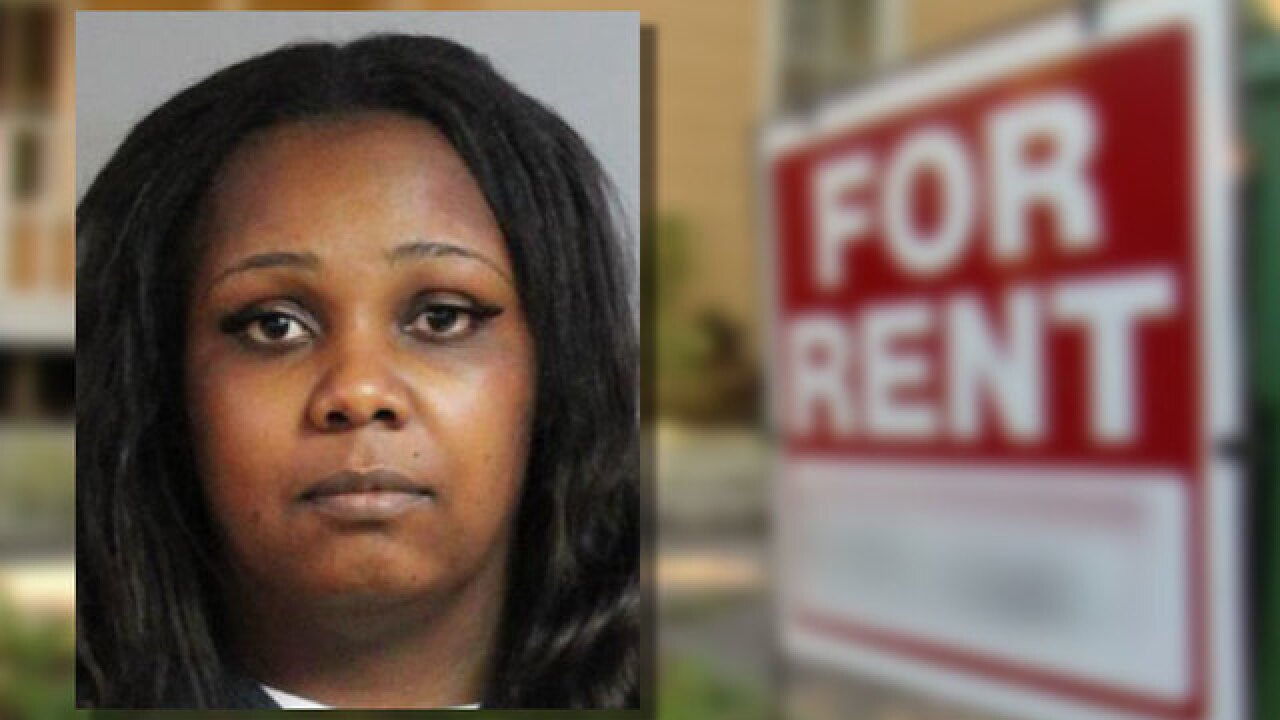 WINTER HAVEN, Fla. — A Winter Haven woman is accused of scamming people out of thousands of dollars in a rental property hoax.

Nikeila Lashandra Wilson, 36, was arrested on Tuesday after police say they discovered that she took money from two unsuspecting victims who found rental homes listed on Craigslist.

Winter Haven Police say that in October 2017, the first victim, who resides in New York, found a rental home in Siesta Key, on VRBO.com. The victim also found the exact same home on Craigslist at a cheaper price. The victim contacted the "owner" through the Craigslist email and was sent a rental agreement with instructions to send a payment of $3,500 to Wilson at an address in Winter Haven.

Rental property scam reported in Tampa Bay: How to avoid becoming a victim

Police say that after Wilson cashed the check, she stopped replying to the victim. Between November 2017 and June 2018, the victim attempted numerous times to contact the "owner" but never received a response and became very suspicious.

The victim then contacted VRBO.com directly and learned that the property was still available for rent. Local law enforcement was contacted and ultimately authorities in Winter Haven were alerted since the money was sent to a Winter Haven address.

Police say that the next victim, from Canada, found a rental property in Naples listed for rent on Craigslist. The victim contacted the person listing the ad, believing they were the owner, and was instructed to send a money order of $1,675 to Wilson at the same Winter Haven address. The victim wanted to extend the time of the rental for five days and was instructed to wire an additional $300 to Wilson's bank account.

When detectives were informed of the second case with the same Winter Haven address, they responded to the residence to investigate. When approached by investigators, Wilson advised that she opened a Chase Bank account when she received the money order from the Canadian victim. She then saw that $300 was transferred into her account.

Wilson claimed that her boyfriend had instructed her to open the Chase Bank account since he was out of the country on an engineering contract and had no way to deposit checks. Wilson claims that she believed the money was coming from her boyfriend.

When asked about the $3,500 check from the victim out of New York that was cashed in her name, police say she again claimed that she thought the check came from her boyfriend. She asserted that she didn't notice the "rental property" notation on the check.

"Rental scams continue to be used through these elaborate schemes with unsuspecting and trusting victims losing thousands of dollars," said Public Safety Director Charlie Bird. "Any potential transaction that is conducted over the internet should be completely explored prior to any money changing hands."

Wilson was booked into the Polk County Jail and charged with two counts of grand theft. She was released on $1,000 bond.