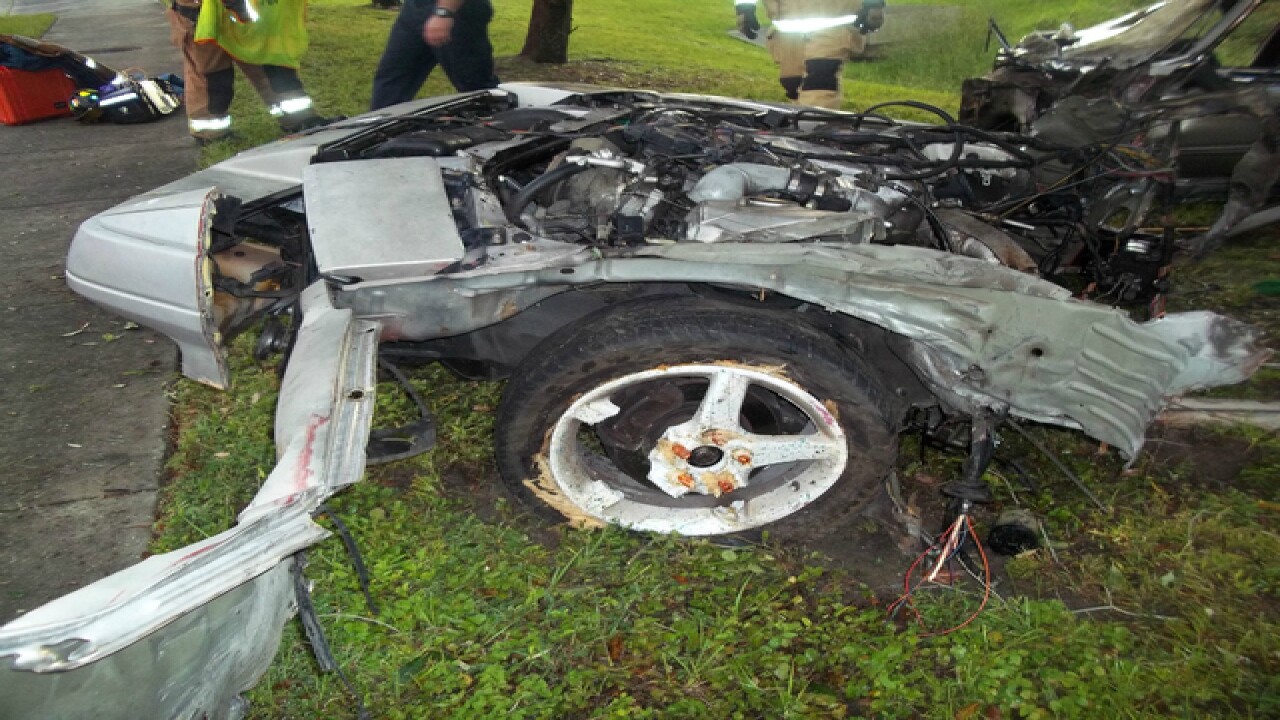 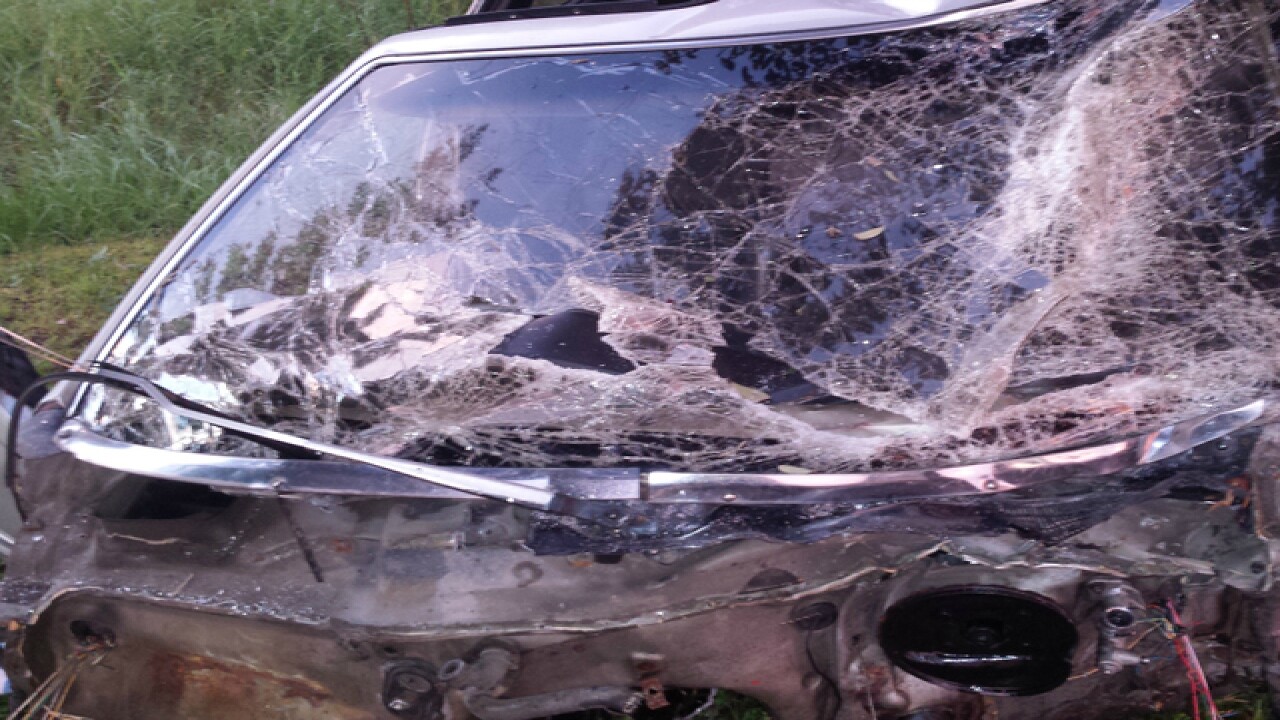 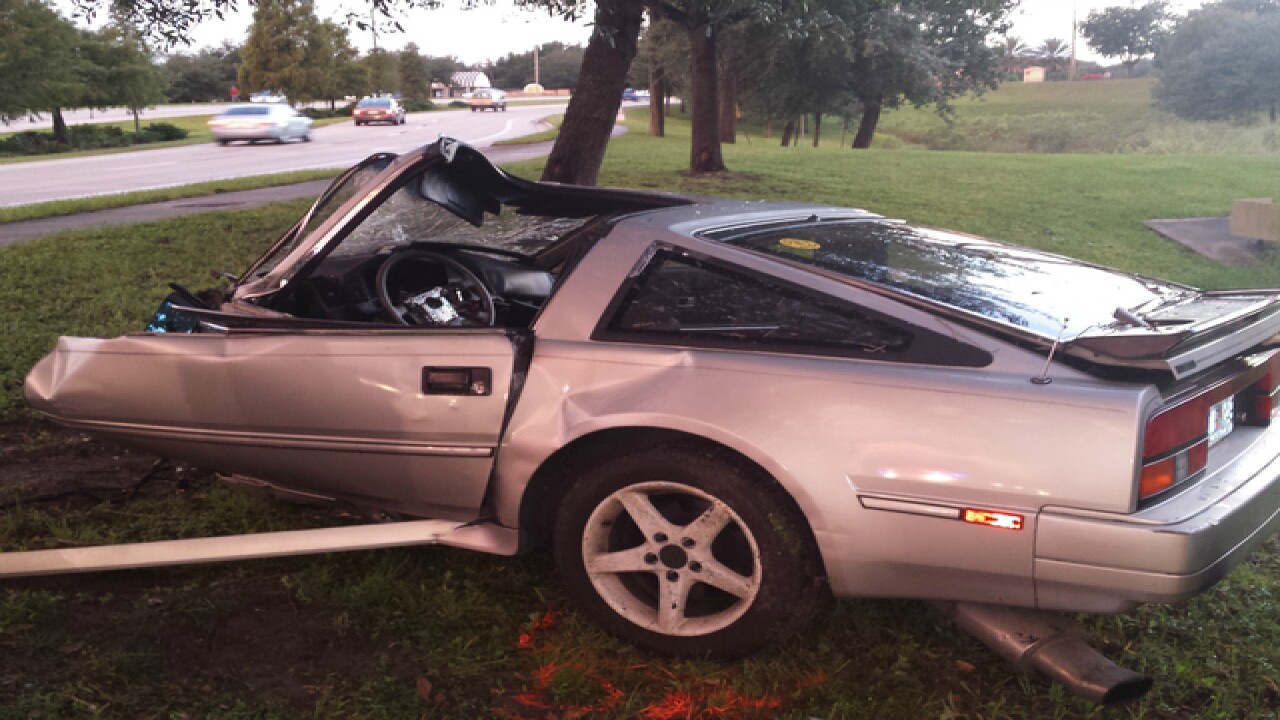 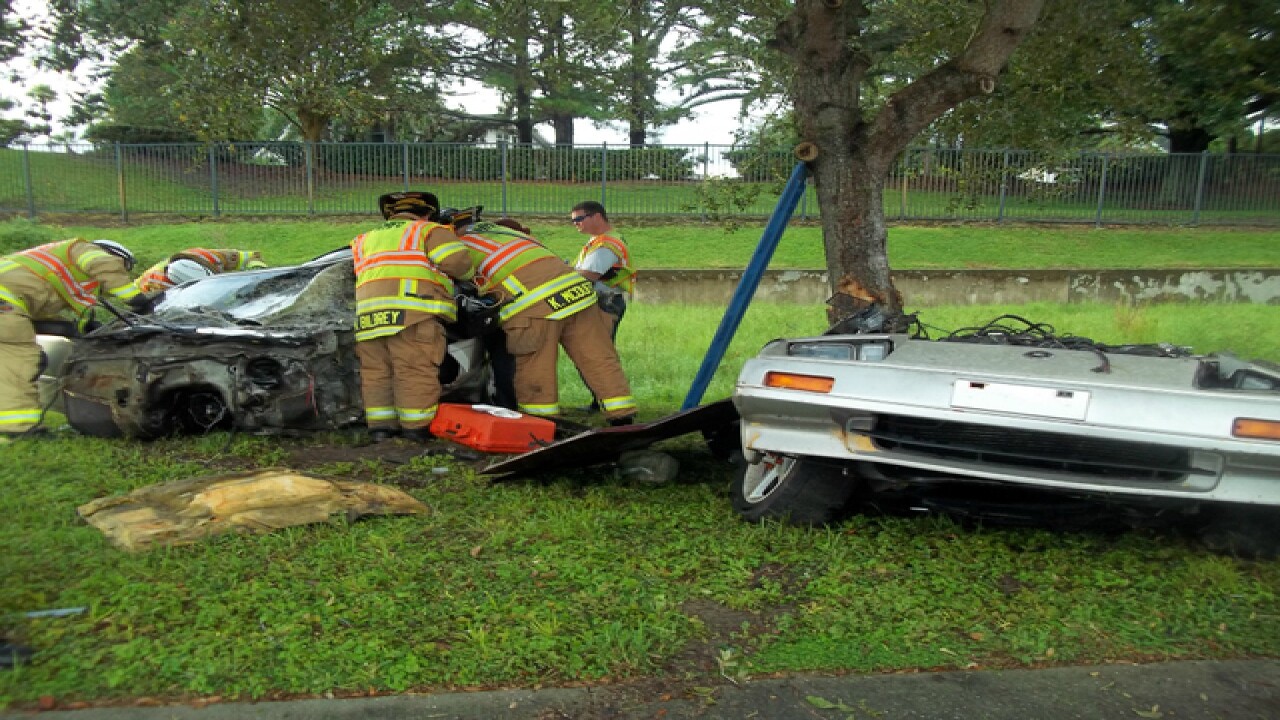 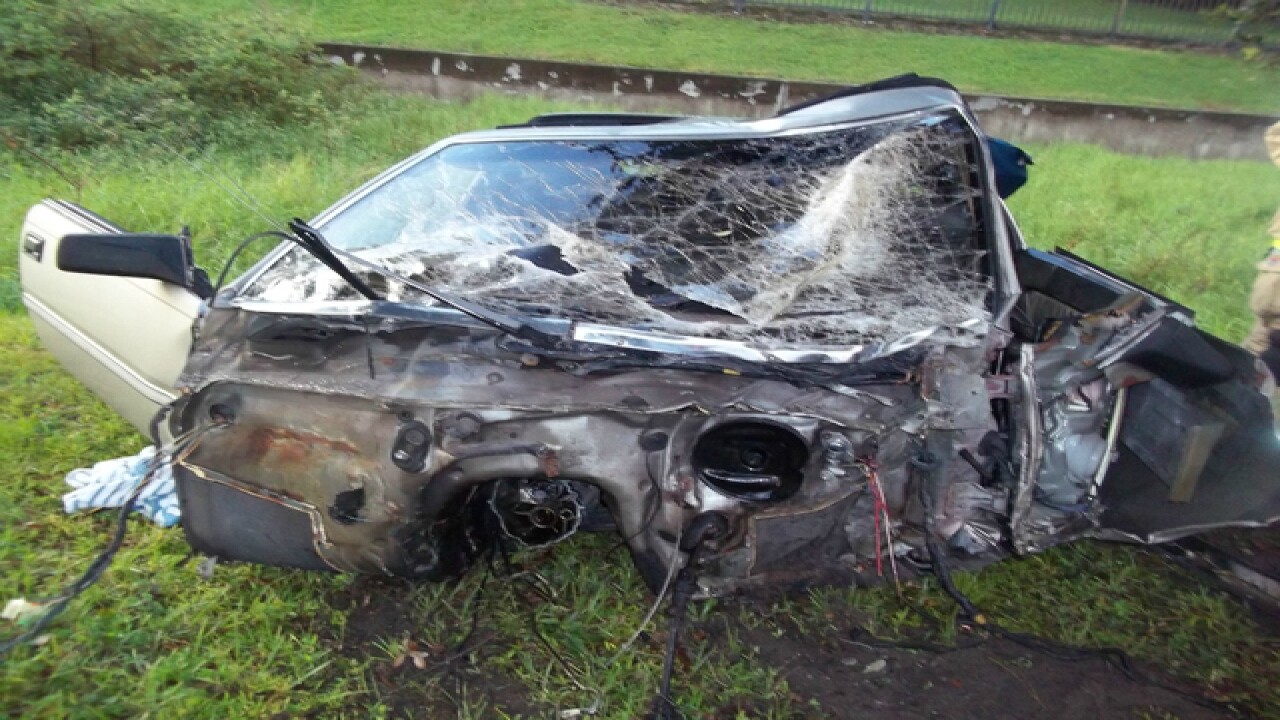 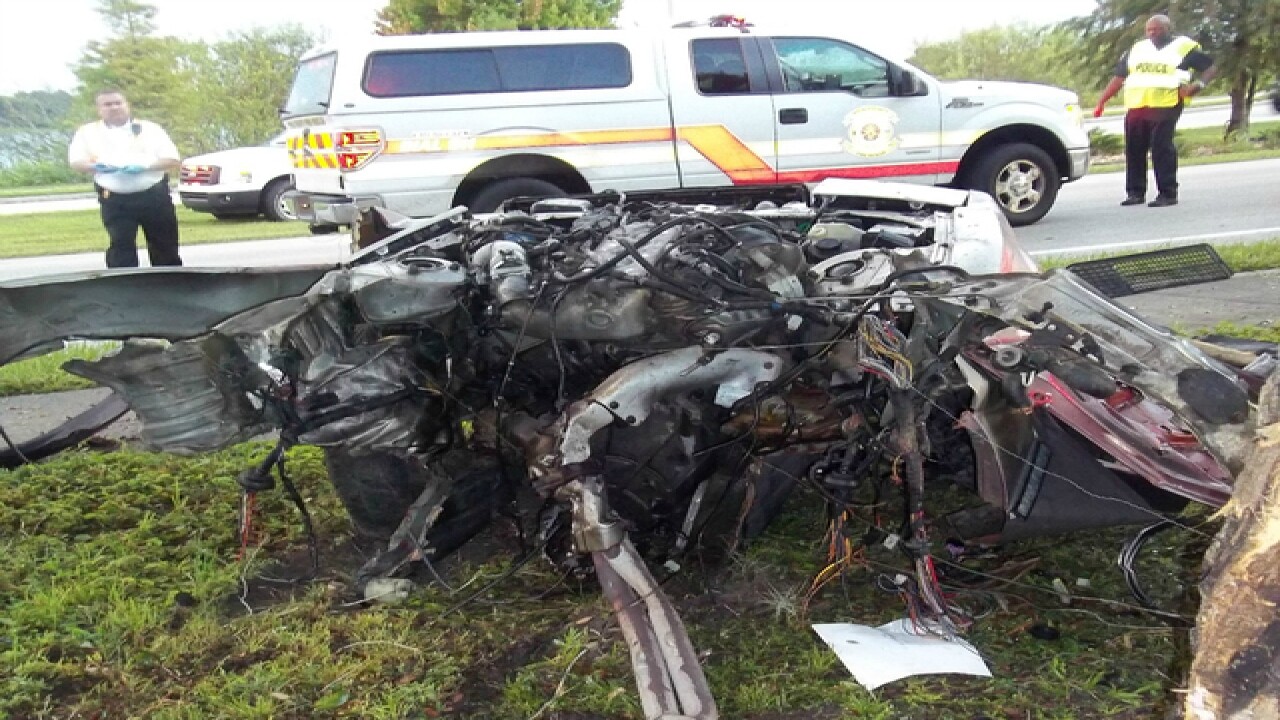 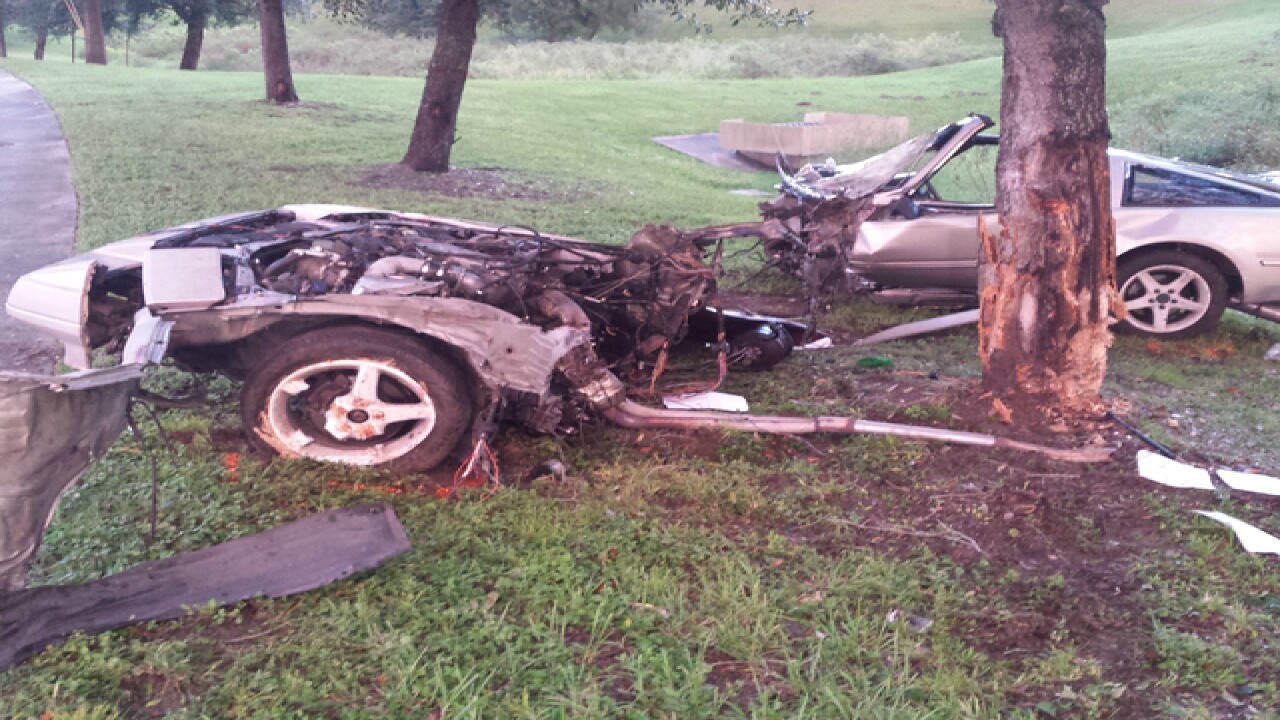 Carlos Pino may have had a guardian angel looking after him Tuesday evening. The 20-year-old Winter Haven miraculously survived a horrific crash where his car split in two.

Winter Haven Police report around 6:48 p.m. Pino was driving his 1986 Nissan 300ZX along west along a rain-slicked Cypress Gardens Boulevard. As he approached the curve near Interlochen Boulevard he lost control of the car and started to slide.

The Nissan continued traveling along the shoulder until the driver's side front wheel collided with a tree. The impact of the crash caused the car to split into two. The Nissan's cab with Pino inside ended up on one side of the tree while the front engine compartment ended on the opposite side.

Pino, who was wearing his seatbelt, suffered non-life threatening injuries. Paramedics airlifted him to Lakeland Regional Health for treatment.

Officers believe the Nissan's speed and the wet roadway were factors that caused the crash. Police are continuing to investigate the accident and say charges are pending against Pino.