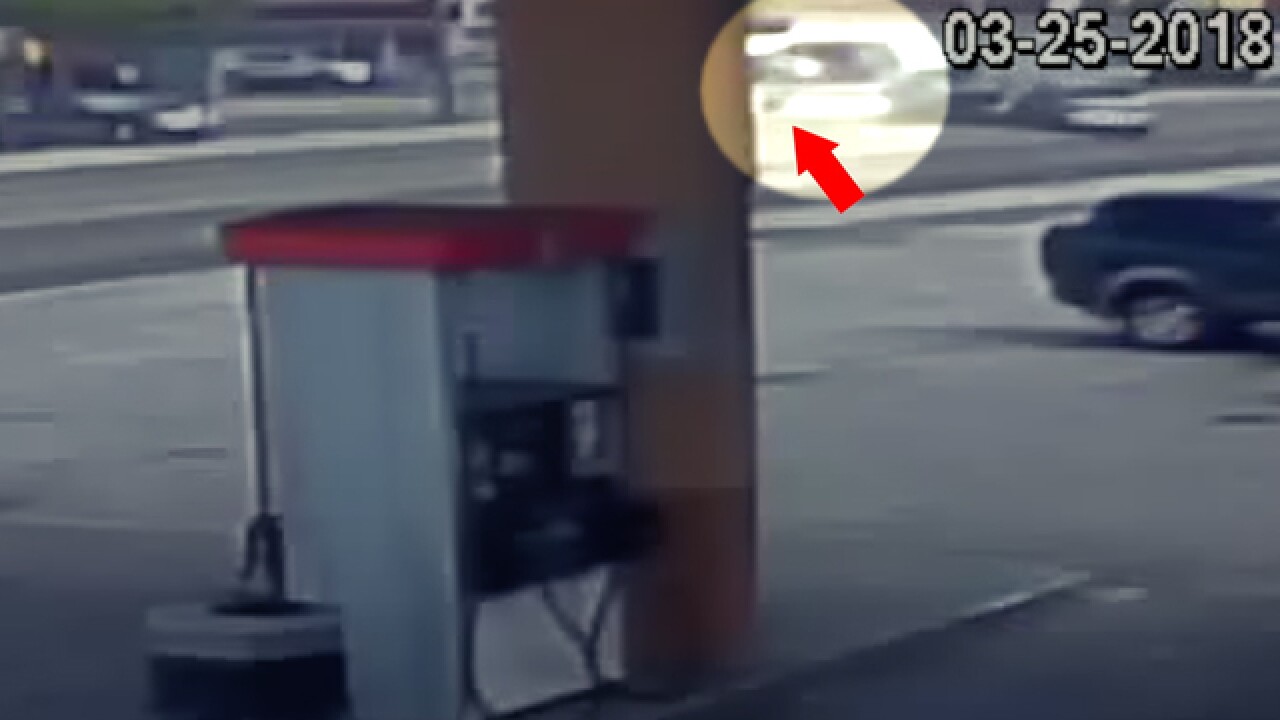 WINTER HAVEN, Fla. — A child is miraculously recovering after being ejected through the back window of a vehicle following a two-car collision in Winter Haven.

The accident happened on Sunday around 5pm. According to Winter Haven Police, the 23-year-old driver of a silver Buick LeSabre was traveling with her two small children, ages 2 and 3.

Police say that driver was stopped at the stop sign on the corner of Avenue K NW and Highway 17 for approximately 32 seconds before she pulled out into the path of a maroon Ford F-150.

The truck hit the Buick's driver side passenger door.

The impact caused the Buick to rotate counter-clockwise, at which point, a 2-year-old boy was ejected through the back window.

"I was shocked. Right now, I'm shocked that was something very disturbing," said Kendra Williams who was detoured after the accident.

Surveillance video shows the child land on the sidewalk along the outside southbound lane of Highway 17.

Police say that the Buick rolls backward towards the child missing him by an estimated 5 feet.

The vehicle continues to travel backward weaving through cars that had stopped in the southbound lanes when the crash occurred. The Buick comes to a rest against a van that was parked in the Northgate Plaza at Hungry Howie's Pizza. The Buick never hit another vehicle.

"The police wouldn't let us enter on the street. They had the helicopter blocking the road so we had to detour in another direction," said Williams.

The driver of the Buick and her 3-year-old daughter were transported to Lakeland Regional Health where they were both treated for minor injuries and released.

Her 2-year-old son, who was ejected, was flown to St Joseph's Hospital in Tampa. Police say that he is currently in good condition and expected to be released either this afternoon or tomorrow morning.

The driver of the truck did not require medical attention. However, his passenger was
transported to Lakeland Regional Health. We spoke to that passenger by phone. She says she has leg injuries and is still in the hospital. She does not know when she will be released.

There were two car seats and a booster seat in the backseat of the car. Investigators are working to determine if the seats were properly installed and whether the children were secured correctly.

Police do not believe speed or impairment were factors in the crash.

The investigation is ongoing and charges are pending.