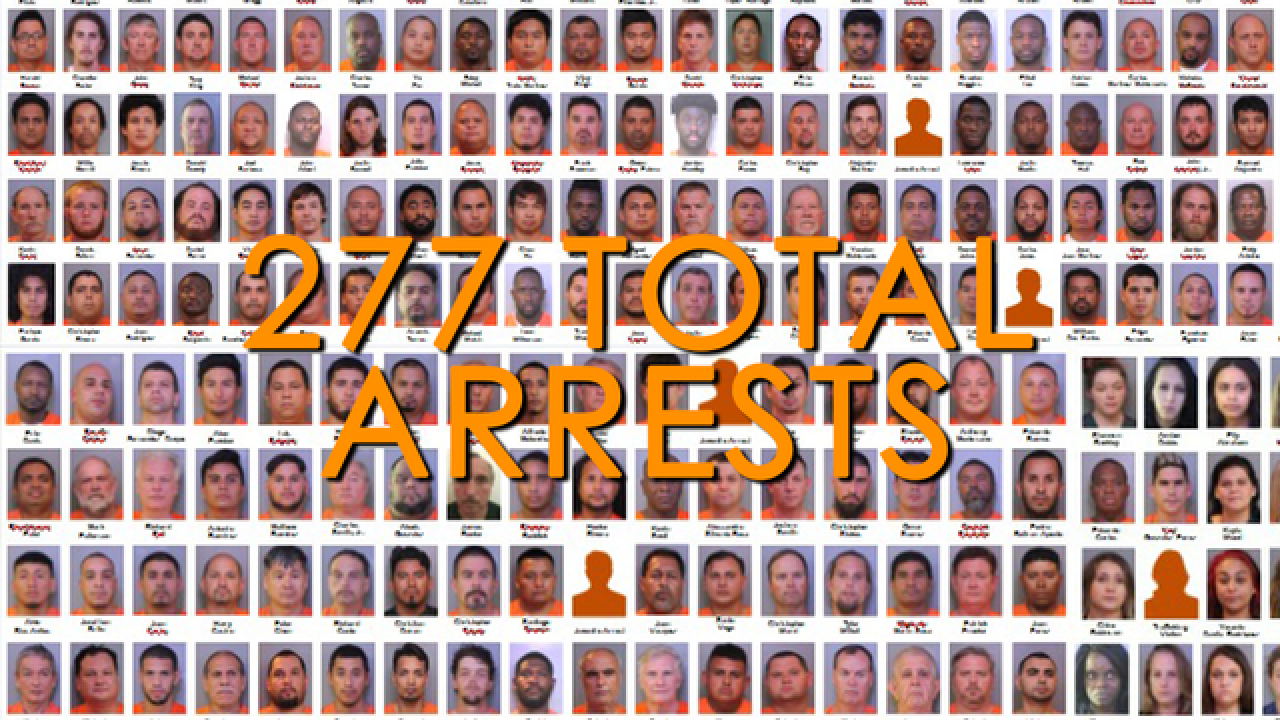 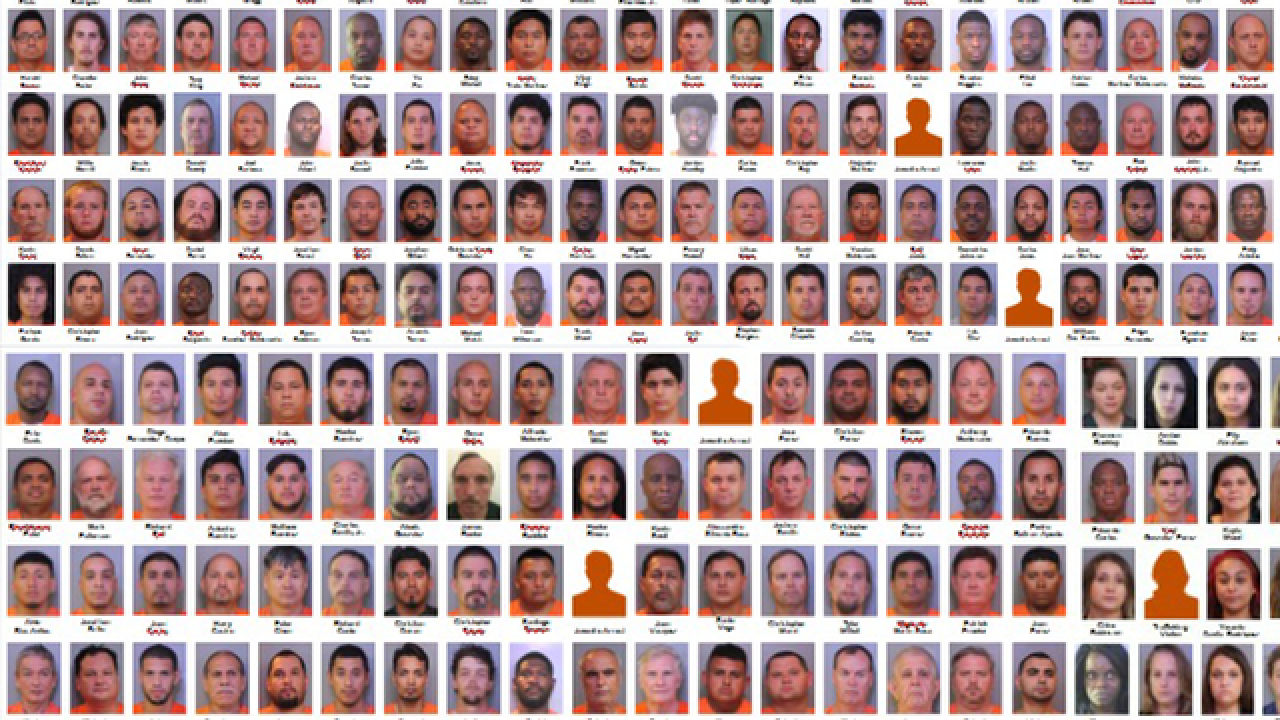 277 people were arrested for crimes related to human trafficking and online prostitution after a week-long undercover investigation conducted by Polk County Sheriff's detectives and other law enforcement agencies.

Some of the detectives responded to profiles and online ads posted by prostitutes.

"Despite the repeated warnings and media coverage of past operations, numerous suspects responded to the ads and drove to one of the two different undercover locations to engage in illegal prostitution," Polk County Sheriff's office said in a press release.

"We are committed to fighting human trafficking, by arresting those who engage in prostitution and trying to identify human trafficking victims," said Polk County Sheriff Grady Judd. " It's no secret.. .  you need to stay out of Polk County if you're going to commit crime."

215 suspects drove to Polk County from various counties across Florida; or were visiting Florida from: