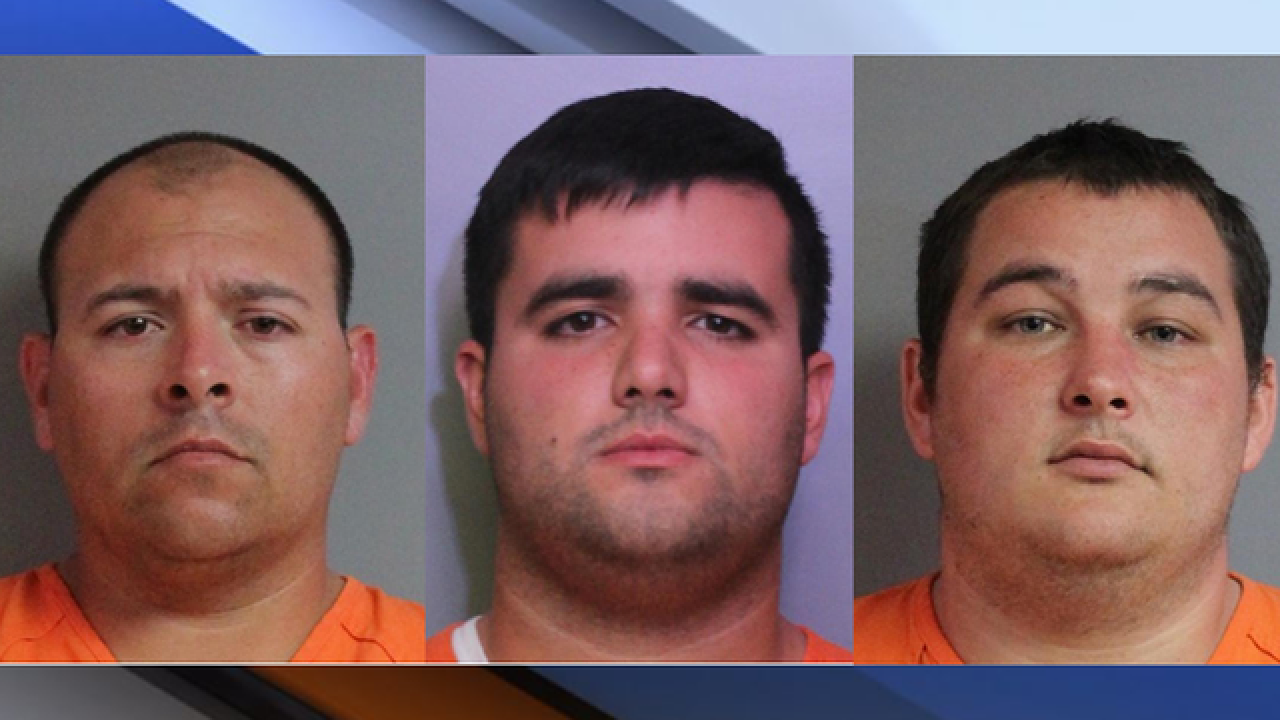 Three Florida Corrections Officers have been arrested for smuggling cash and possibly other contraband into the Avon Park Correctional Institution, according to Sheriff Grady Judd.

Officer Jules Loya, 33, Officer Nathan Lucy, 23, and Officer Victor Medina, 25, were investigated by the Polk County Sheriff's Office and the Florida Department of Corrections Office of the Inspector General after they received information that the officers may have been involved in bringing contraband into the jail.

Undercover Polk County Sheriff's Office detectives posed as relatives of inmates, requesting the officers to bring in money and other contraband into the prison to their "relatives" in jail, and promising to compensate them for doing so.

After a thorough investigation, the officers were arrested on Wednesday, November 7, 2018 and booked into the Polk County Jail.

"The Florida Department of Corrections Office of the Inspector General did an outstanding job working with us in this investigation. It is our intent these officers are held accountable for their illegal conduct." - Grady Judd, Sheriff

“These officers broke the law and intentionally undermined the integrity of the Department and the institution they were supposed to protect. Their actions do not appropriately reflect the thousands of upstanding officers we employ across the state. We commend the work of our Inspector General’s Office and our law enforcement partners to ensure their arrest, and we will begin the process of moving forward with their immediate dismissal.” – Patrick Manderfield, Press Secretary, Florida Department of Corrections