At the break of dawn residents began staking their claim with folding chairs, reserving their spots for the event.

“Just a whole bunch of locals get together,” said Rebecca Spencer, a mother who was putting out her family’s chairs.

Thousands of chairs wrapped around Lake Mirror before noon.

The only difference this year was residents were not allowed to put out their chairs until the day of. Usually, you’d run into a clutter of chairs walking down the side walk. 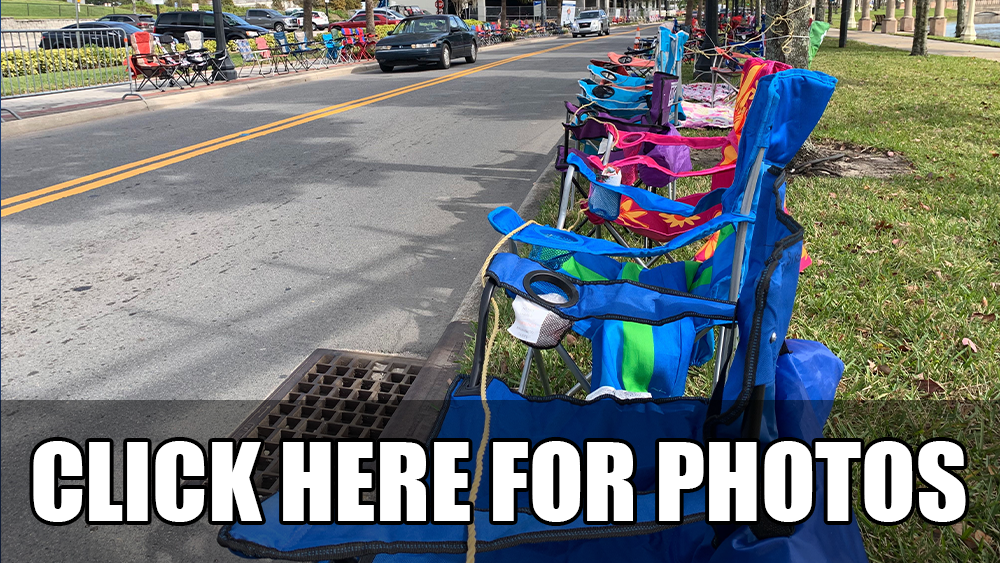 We asked locals what draws the thousands of parade goers each year — and they didn’t have a straight answer.

“I don’t have an answer for that,” said Logan Kasabian, with Family Kettel, Kettle Korn.

And ABC Action News found out why, Lakelanders are just too loyal.

“I’ve never been to any other ones so I’m not really sure,” Spencer said.

Expect delays and closures until after 10 p.m.