Police: Suspect dead after driving stolen Camaro through crowd of 200, attempting to run over police 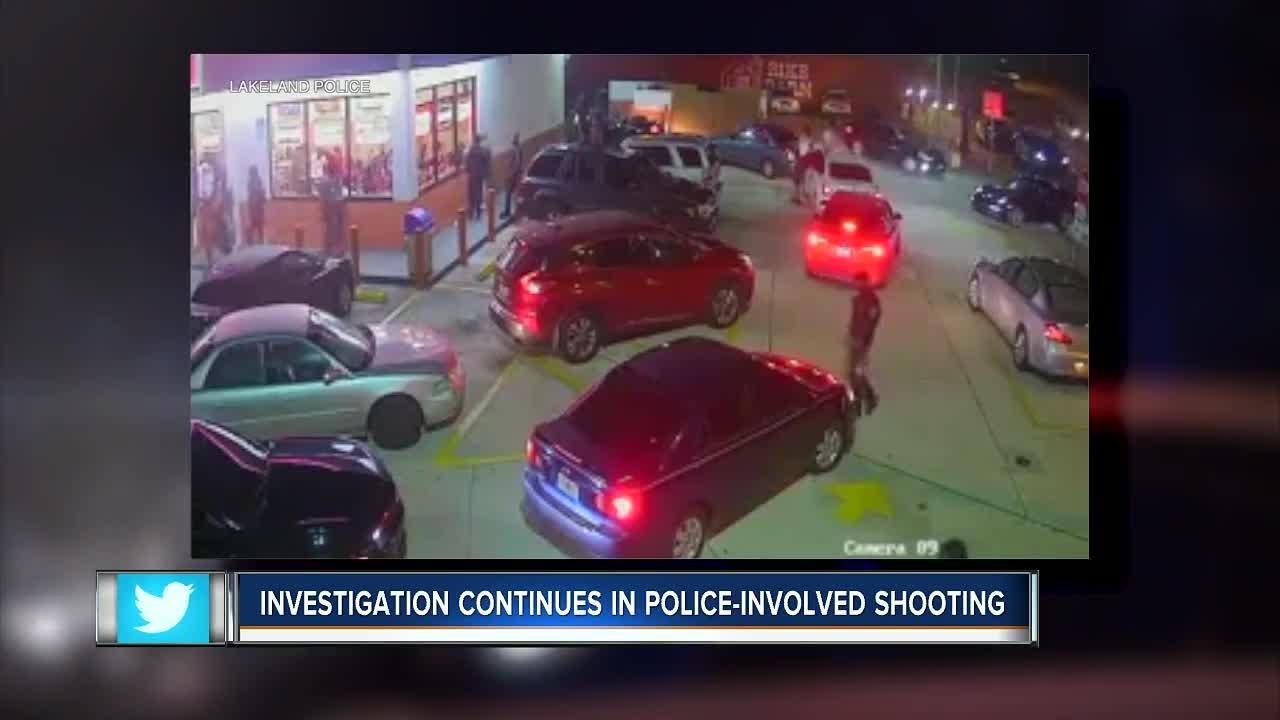 A suspect is dead following an officer-involved shooting in Lakeland, according to Lakeland police spokesman Gary Gross. 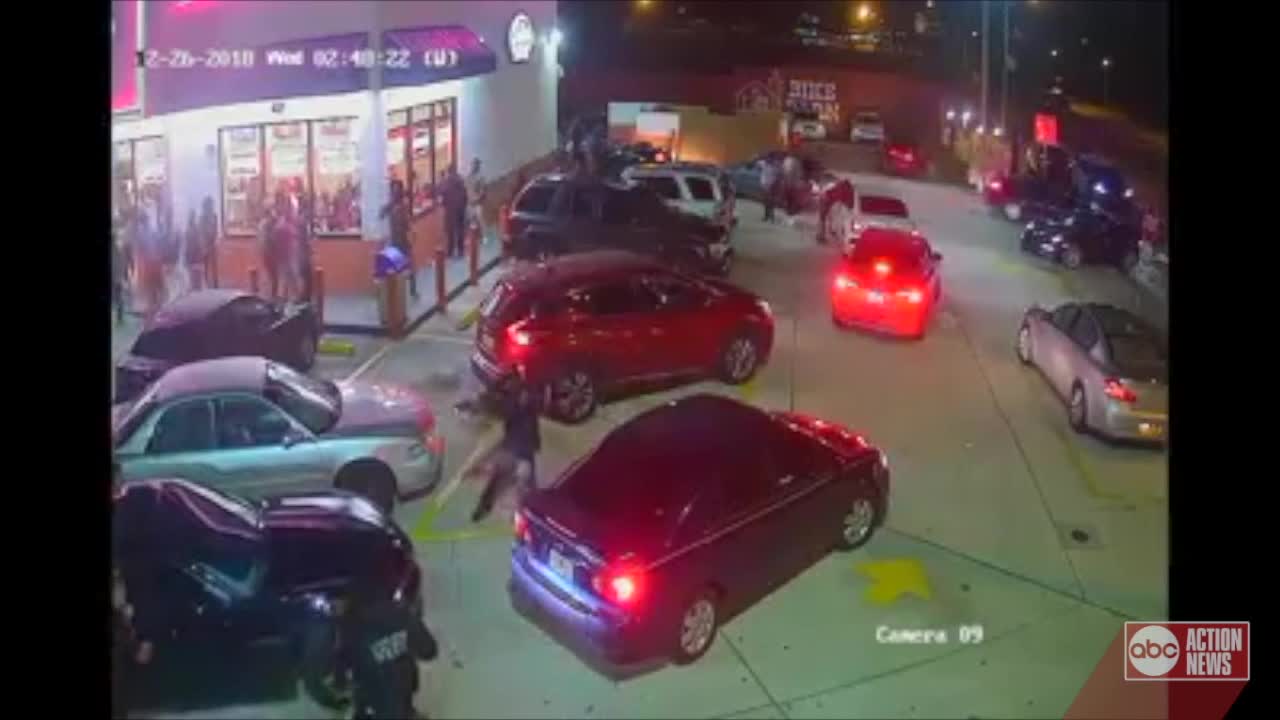 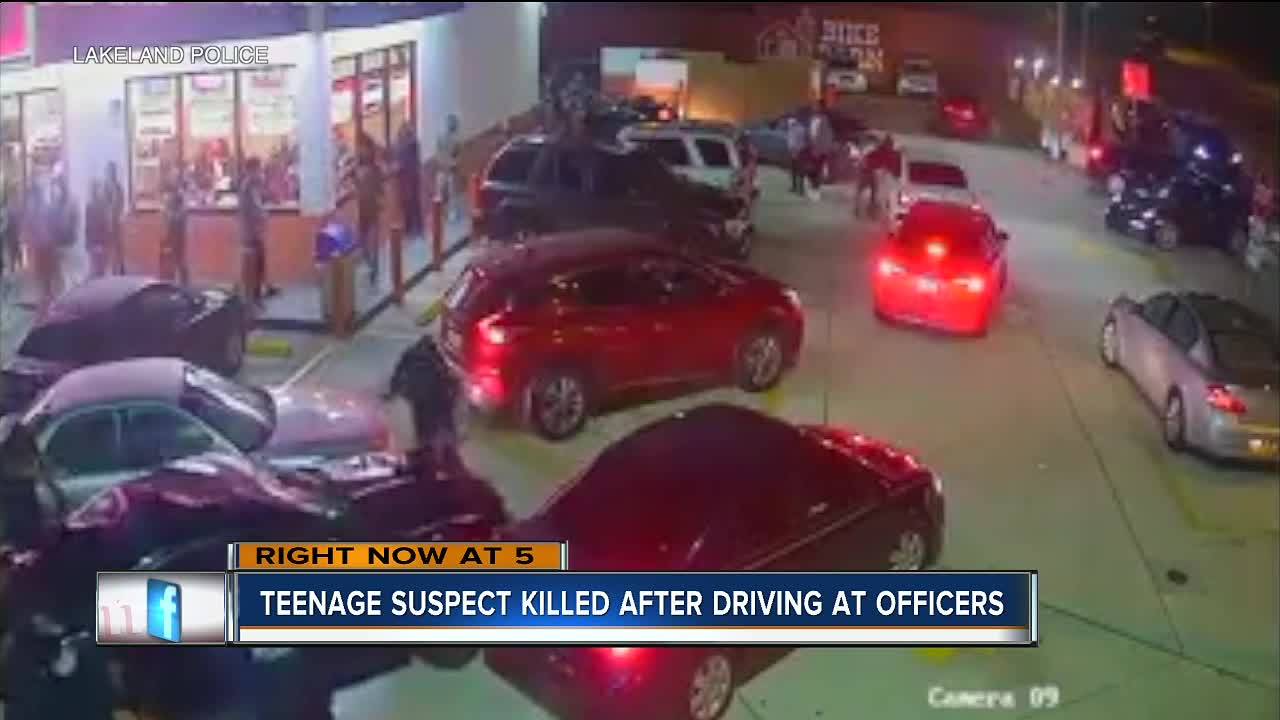 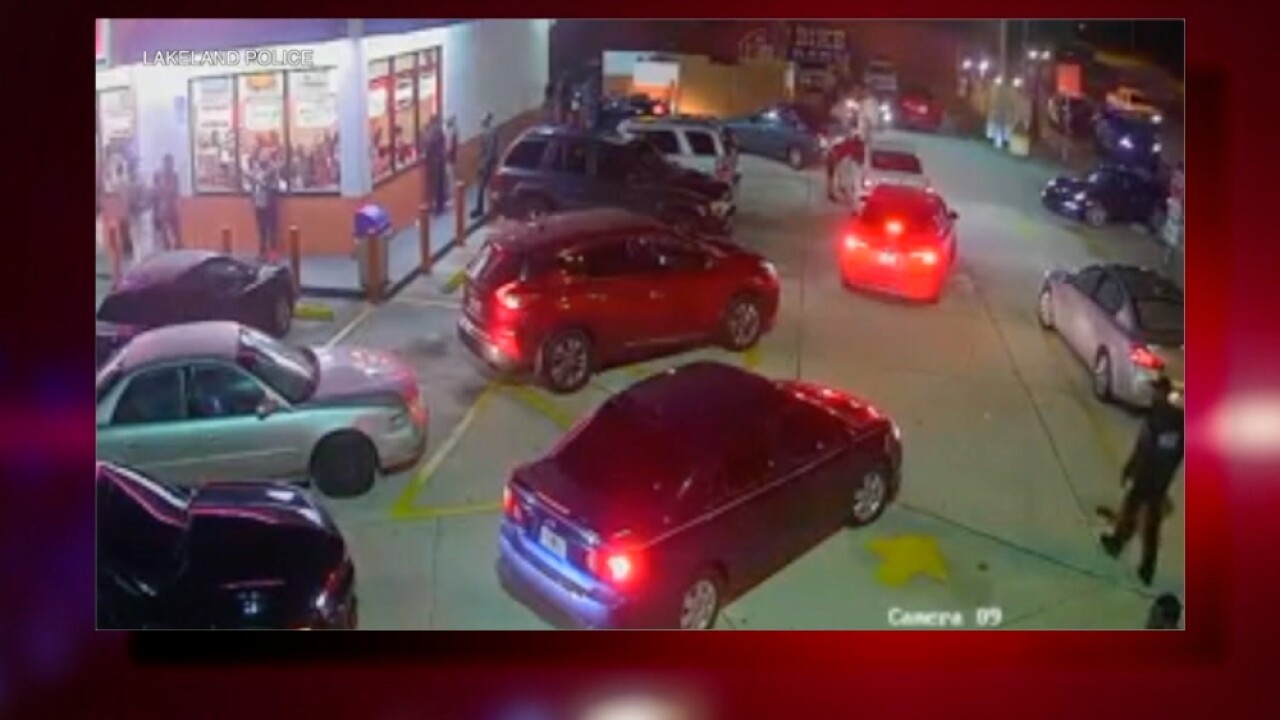 LAKELAND, Fla. — A suspect is dead following an officer-involved shooting in Lakeland, according to Lakeland police spokesman Gary Gross.

At approximately 2:21 a.m. Wednesday, officers responded to a call about a large crowd that gathered in the parking lot outside of Salem's Fresh Eats restaurant, according to Lakeland Police Chief Larry Giddens.

When officers arrived, they found approximately 150 to 200 patrons in the parking lot. Officers attempted to clear the people loitering the lot when they noticed a black Camaro that was reported stolen out of Winter Haven by the Polk County Sheriff's Office in the same parking lot. Officers began to move toward the vehicle and the driver, identified as Michael Jerome Taylor, 17, of Winter Haven, when Taylor attempted to drive away rapidly, accelerating the car and placing the officers and the public in "immediate life-threatening danger," according to police.

Suspect dead after attempting to run over police in Lakeland

“I feel numb. I just want to know why," said Taylor's cousin, Katia Rodgers. "If they wanted him out of the car, there was better ways. He didn’t deserve that.”

A group of family members and friends came back to where the deadly encounter happened Wednesday night to protest the actions of the Lakeland Police Department.

ABC Action News has learned, Lakeland Police have been called to the area around Salem's Fresh Eats more than 200 times in the past year.

According to police, Taylor was on felony probation as a violent offender of special concern under the anti-murder act for robbery with a weapon, burglary while armed, fleeing and eluding with a high-speed chase, burglary conveyance and grand theft auto. It was also confirmed that there was a loaded firearm in the Camaro that had previously been reported stolen.

No officers were injured in the shooting.