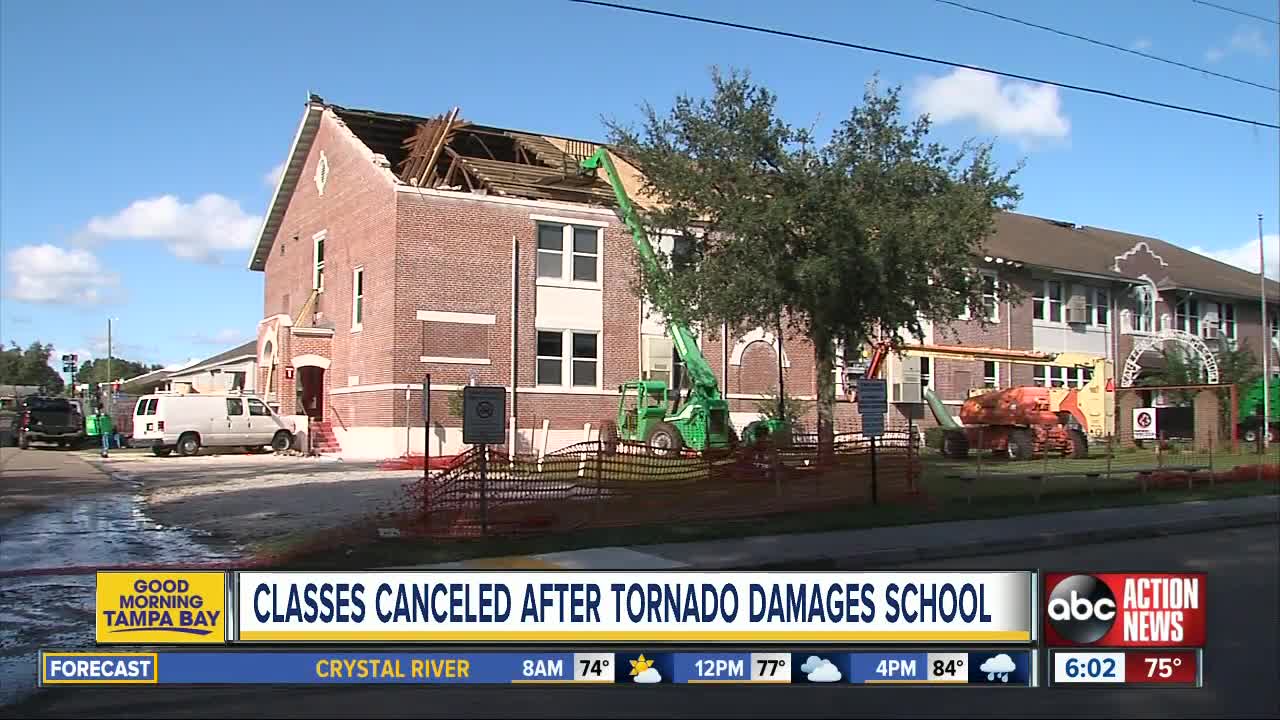 At least three tornadoes were reported in the Tampa Bay area on Friday night and into early Saturday morning from Tropical Storm Nestor, which is now a post-tropical cyclone. 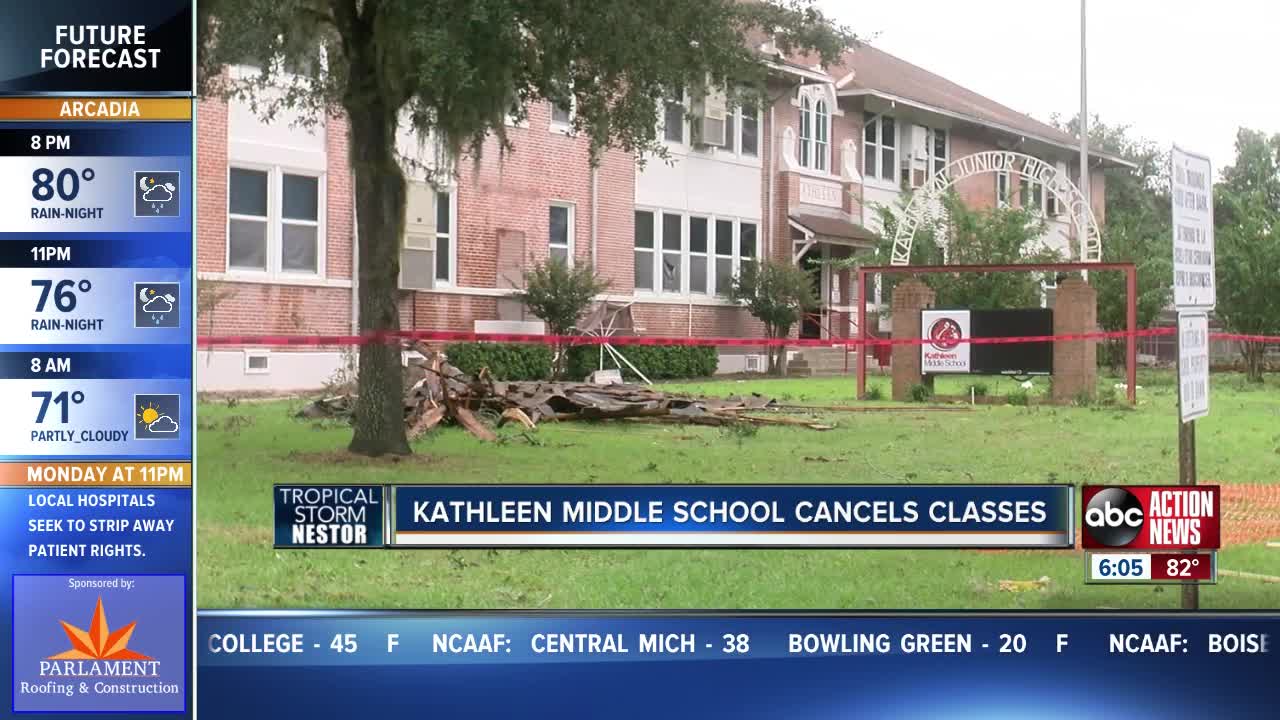 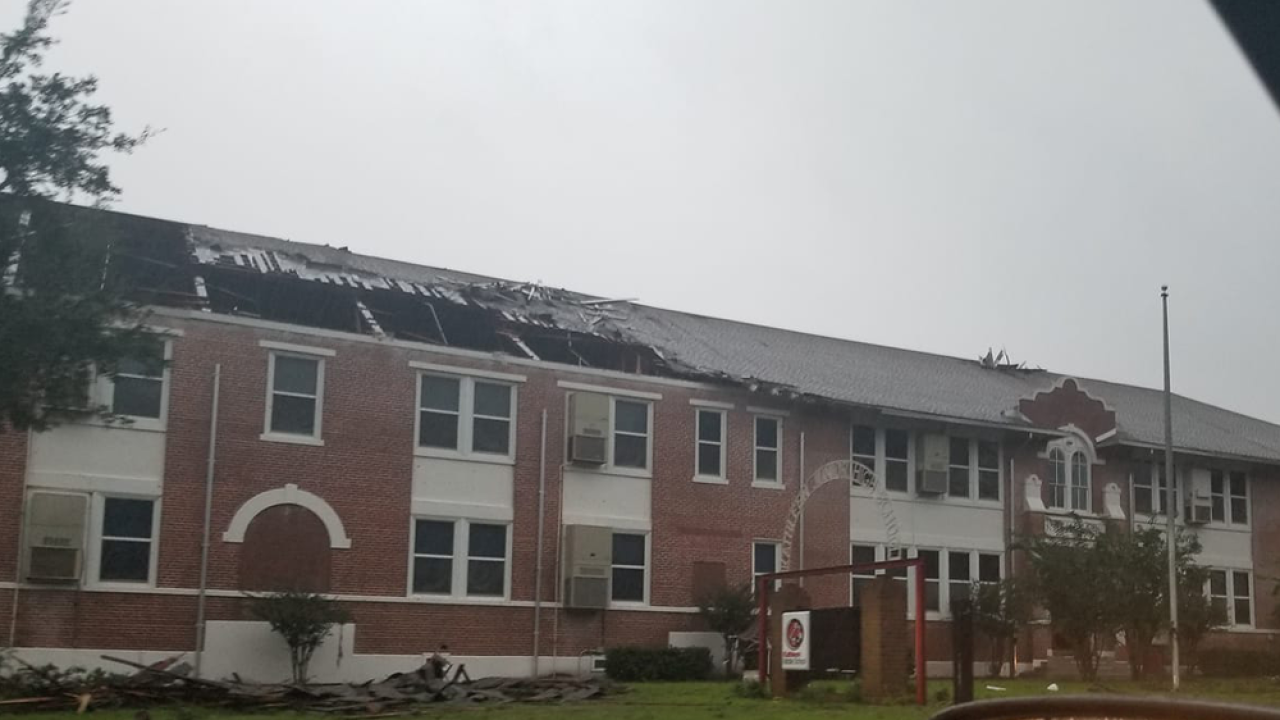 LAKELAND, Fla. — At least three tornadoes were reported in the Tampa Bay area on Friday night and into early Saturday morning from Tropical Storm Nestor, which is now a post-tropical cyclone.

No injuries have been reported from those tornadoes.

Kathleen Middle School is among the buildings that suffered damage. Polk County Schools Superintendent Jacqueline Byrd said classes at the school are canceled Monday and Tuesday due to the damage. Later on it was announced that classes at Kathleen Middle would be canceled for the rest of the week as repairs continue and temporary accommodations are made.

Classes will resume on Monday, Oct. 28. Portable classrooms and bathrooms are being installed. Teachers will return this week however to prepare their classrooms for students.

The district says the work to fully repair and renovate the school will take several months.

School officials are checking out the damage Saturday to see where they will be able to put students. At this time, there's no word on if school will be in session on Wednesday.

The sheriff's office says the tornado initially touched down near Lakeland Linder Airport before it continued north/northeast. They say it stretched as far as Tom Bryant Lane.

Authorities say they received dozens of reports of damage in several areas, including the New and Old Tampa Highway corridors and Timber Ridge north, south, east and west areas. Powers lines and trees are reported down near Mt. Tabor Road and the surrounding area, according to the sheriff's office.

Deputies say no serious injuries have been reported.

"Thankfully, we have not had any reported serious injuries related to the 'long track' tornado that touched down in our unincorporated areas in northwest Polk County last night," Polk County Sheriff Grady Judd said. "However, there are many people dealing with damage to their homes and property this morning, some of it severe. Keep them in your thoughts and prayers, and if there is anything you can do to help your friends and neighbors, do it. We still have lots of rain, and the possibility of more severe weather today, so be careful! Please drive safely!"