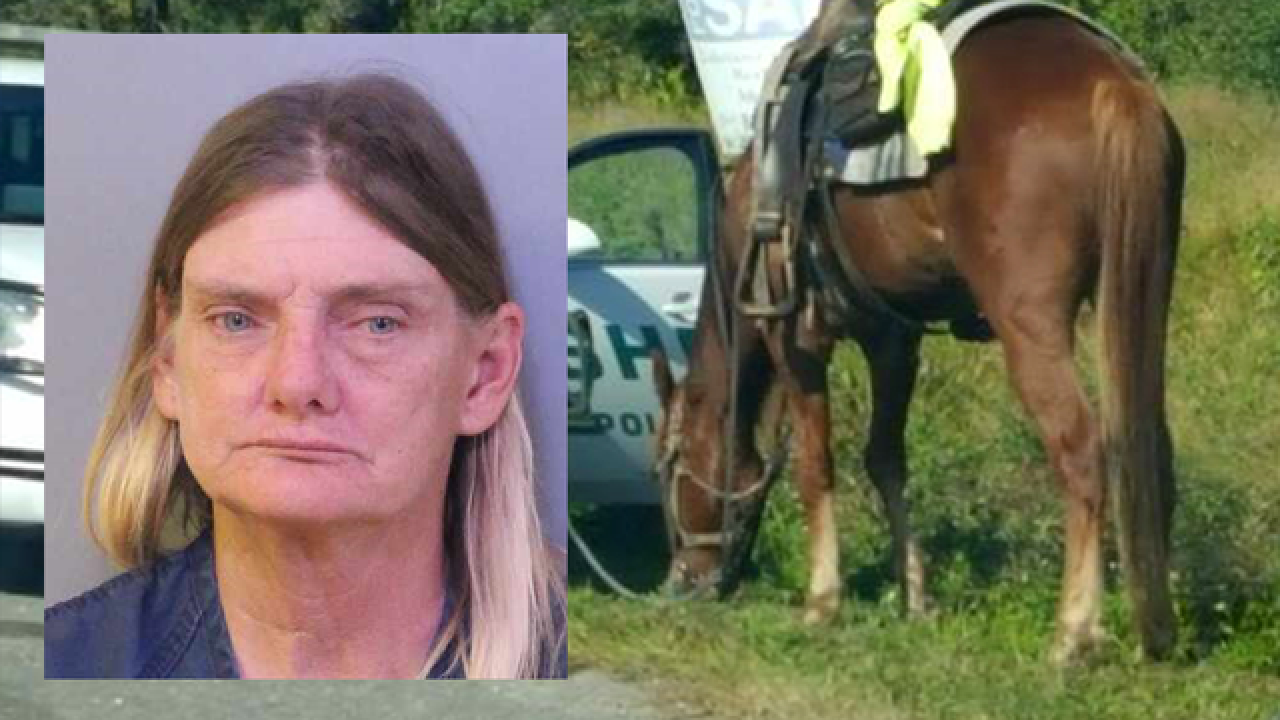 LAKELAND, Fla. — A Polk County judge has ruled the Polk City woman charged with DUI on a horse can have supervised visits.

Donna Byrne, 53, was arrested on November 2 for riding a horse, named Bo Duke, in the roadway on Combee Road, near North Crystal Lake Road.

Deputies said Byrne smelled like alcohol, had watery bloodshot eyes and was staggering when they arrived in the area.

She was arrested for DUI and charged with animal neglect by putting Bo Duke in jeopardy of being injured or killed.

Polk County Sheriff's Animal Control seized the horse and transported it to their livestock facility.

According to court documents, Byrne has temporarily been ruled unfit to care for Bo Duke, but has "love and admiration" for the horse.

The judge ruled that aside from riding the horse while intoxicated, Byrne had provided proper care for the horse.

Based on that, the judge will allow Bo Duke to be turned over to Paul or Clyde Fussell for temporary care.  Byrne must also prove she has addressed her alcohol problem and attend an alcohol treatment program.

The judge will allow Byrne to have supervised visits and ride Bo Duke at the Fussell ranch, but she cannot visit the horse intoxicated.

A final determination of Bo Duke will be made once Byrne has competed treatment.