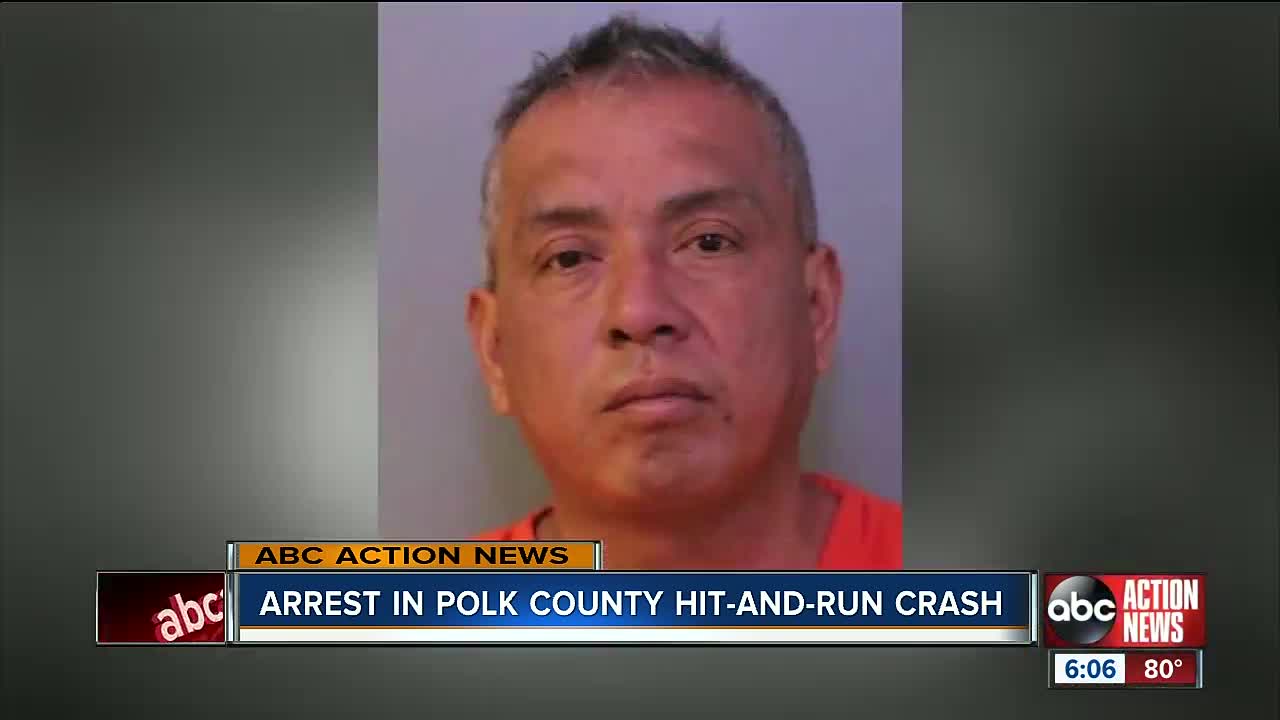 Polk County Sheriff's Office arrested a man involved in a deadly hit-and-run that caused a woman to lose her unborn child. 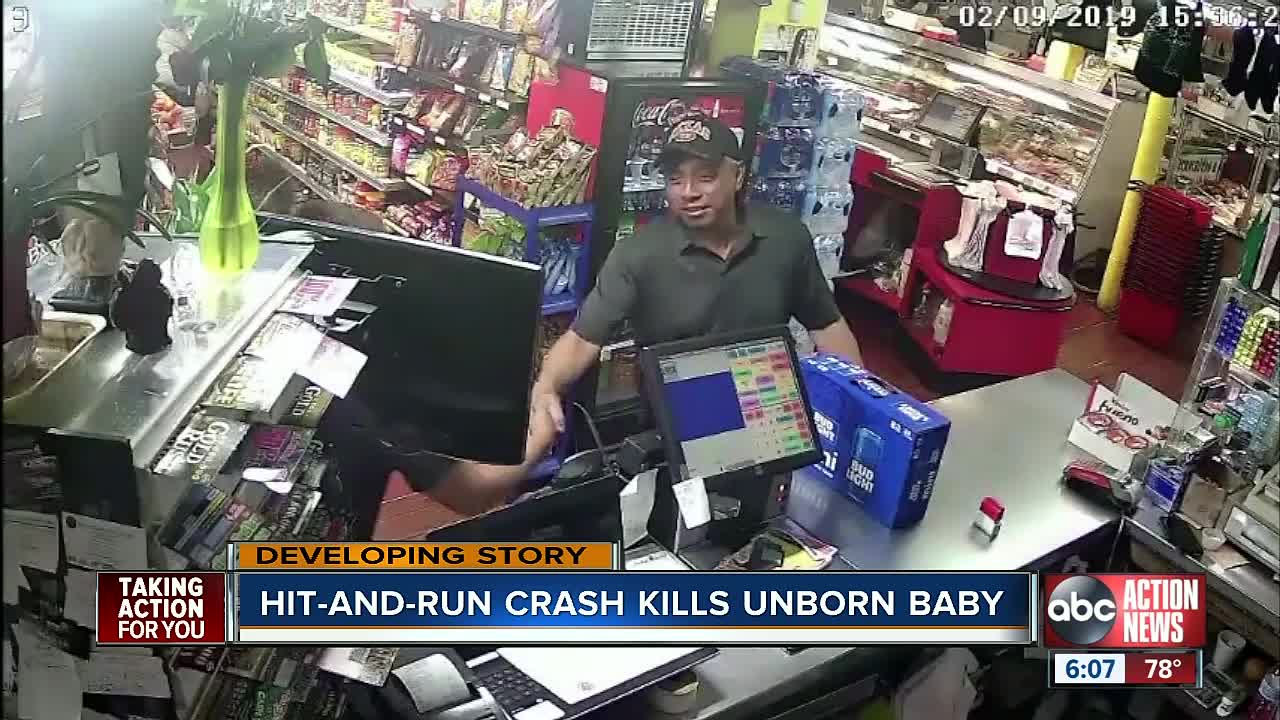 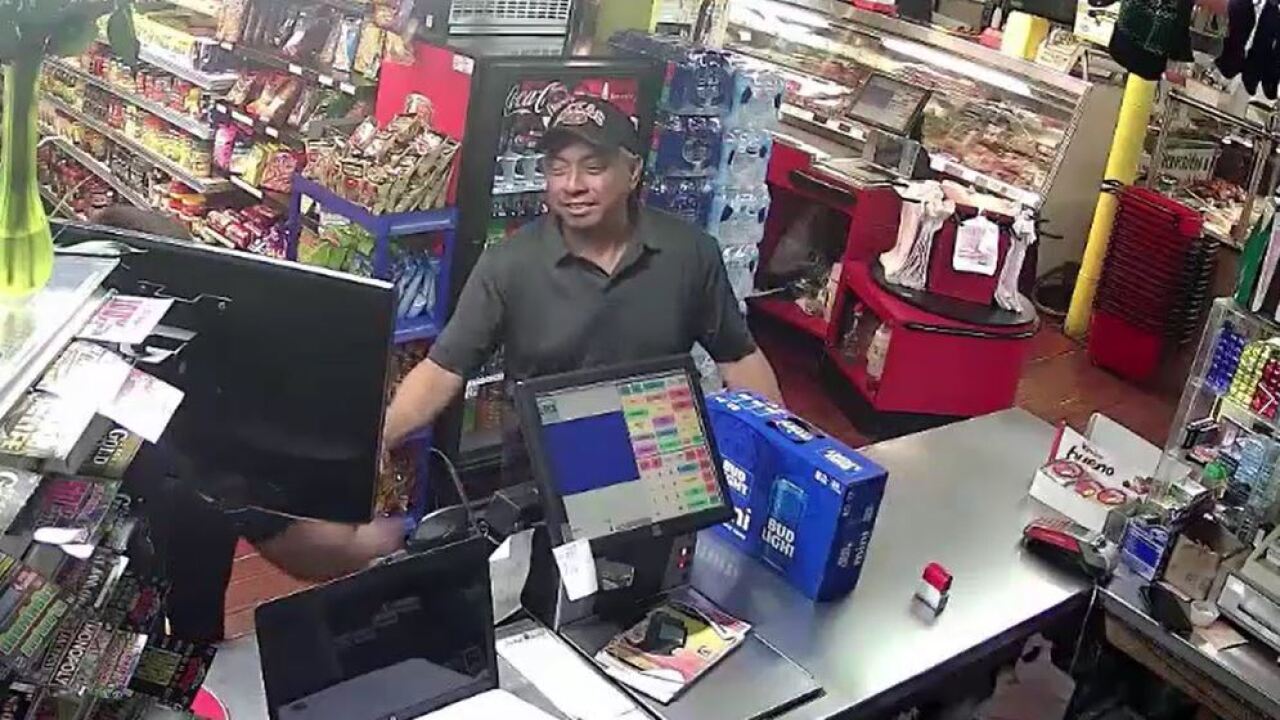 Bionel Cervin-Gomez, 48, had a warrant for his arrest for leaving the scene of a crash with serious bodily injury. He was arrested by the sheriff's office Saturday.

It happened on Feb. 9 when deputies responded to a crash involving three vehicles near Highway 17/92 and Shamrock Drive in Davenport.

Deputies say Cervin-Gomez was driving a GMC truck when he violated the right-of-way of a Chevrolet Aveo driven by a pregnant woman.

A one-year-old girl was also in the car, but was not injured.

Cervin-Gomez left the scene on foot prior to the deputies' arrival.

The pregnant woman was transported to the hospital, where her unborn son was determined to be deceased.

During the investigation, deputies obtained video surveillance that showed Cervin-Gomez buying beer at a convenience store two hours prior to the crash. They also discovered the GMC truck had been recently purchsed by Cervin-Gomez.

Deputies conducted a search of three different residences, but could not locate him. He has no driver's license on file in any state. An I.C.E inquiry was completed and deputies learned that Cervin-Gomez is a previously deported immigrant who returned to Mexico in 2000. He does not have current legal status to be in the United States.

Polk Sheriff's Office has also released a photo of a person of interest related to the case. She recently used his debit card, so they want to locate her to help track down Cervin-Gomez. That woman came forward after seeing the picture of herself, the sheriff's office said.

While speaking to authorities, Sor Juana Ines De la Cruz Torres Abarca received a call from Cervin-Gomez asking for a ride. Deputies responded to his location and arrested him.

"Ultimately, this man caused a baby's death. His actions on the road ended a pregnancy in the eighth month," Polk County Sheriff Grady Judd said. "I'm very happy that Ms. Torres Abarca did the right thing and came forward, which helped use capture the suspect who was in hiding like a coward."

Cervin-Gomez told deputies he left the scene because he didn't have a drivers license. He was taken to the Polk County Jail and charged with leaving the scene of a crash with great bodily injury or death and driving without a lciense causing death or great bodily injury.

An ICE hold has been placed on Cervin-Gomez because he is in the country illegally, the sheriff's office said.