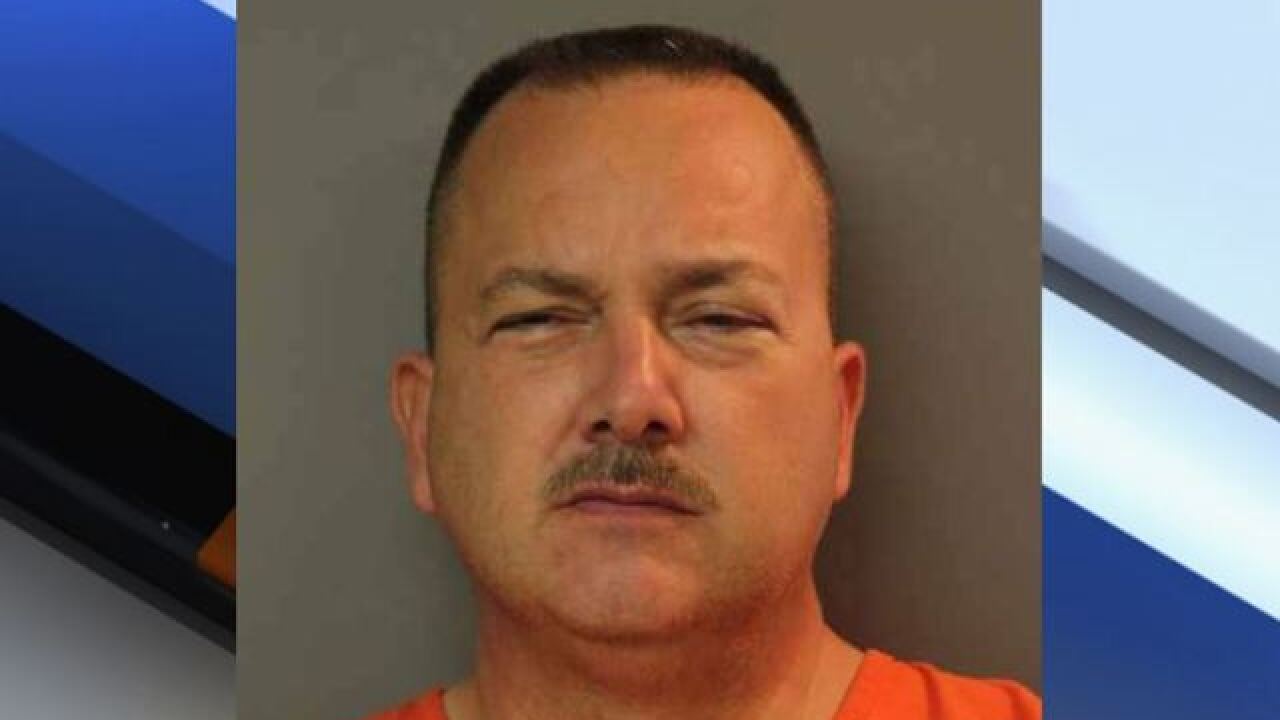 A 48-year-old man who has been charged more than a dozen times in multiple states with impersonating an officer is accused of committing the crime again Thursday after offering to help Polk County deputies with a crash investigation.
Thomas Manning Hook of Frostproof, a registered sex offender whose criminal history includes six felony arrests, has been charged with impersonating an officer in Highlands County and impersonating a bail bondsman in Polk County, among other charges.
Hook approached deputies in a Ford Crown Victoria on Thursday night as they investigated a crash in the area of Collany Lane and Highway 27, according to Polk County Sheriff’s Office. He had red and white emergency lights flashing on his car.
Deputies declined his offer to help, and he drove away north on Highway 27 with his lights flashing. After he left, Highlands County deputies arrived and said they’d been following Hook because he was wanted for impersonating an officer.
Hook returned and, while speaking to a deputy, showed a wallet with a gold private investigator badge, deputies said. He’s accused of identifying himself as a fugitive recovery agent. Other identification in the wallet identified him as a law enforcement detective and a retired Marine Corps major.
Hook told detectives he was a licensed private investigator in South Carolina, but then changed his story, deputies said. He also told them he was never a major in the military.
Scripps Only Content 2015