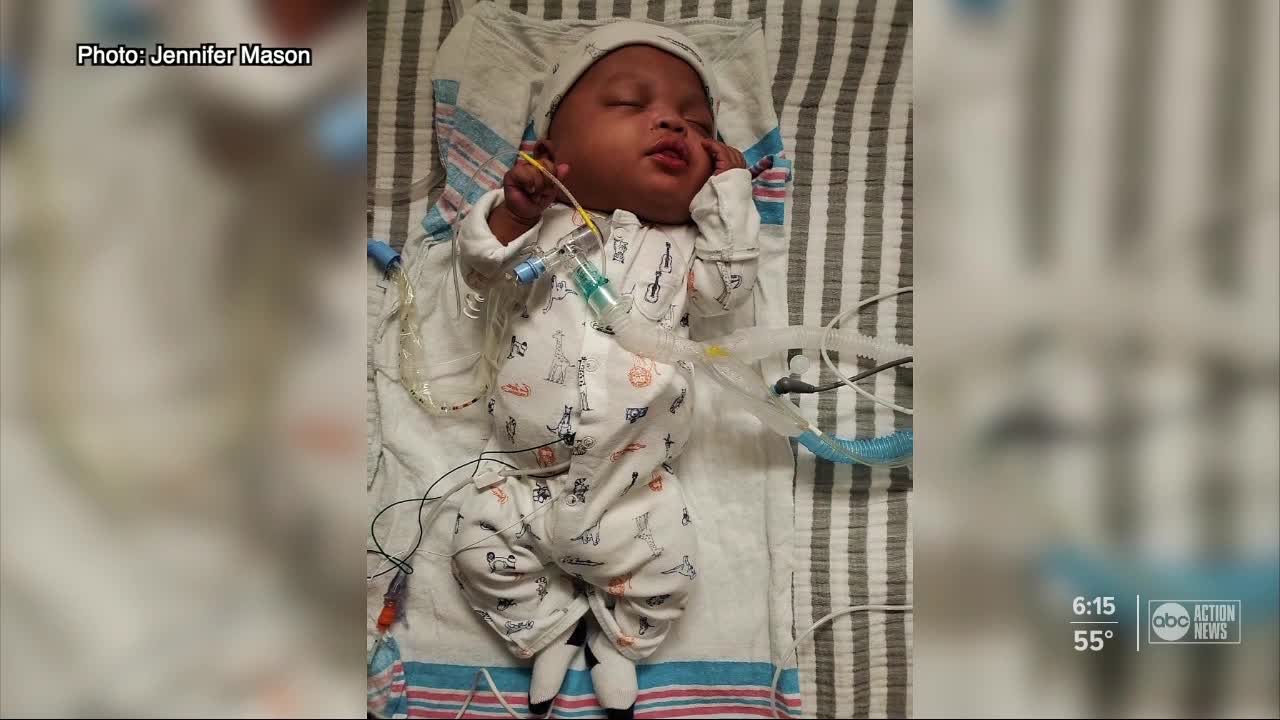 It’s rare for a baby born before 23 weeks to make it, but one Polk County baby is beating the odds. 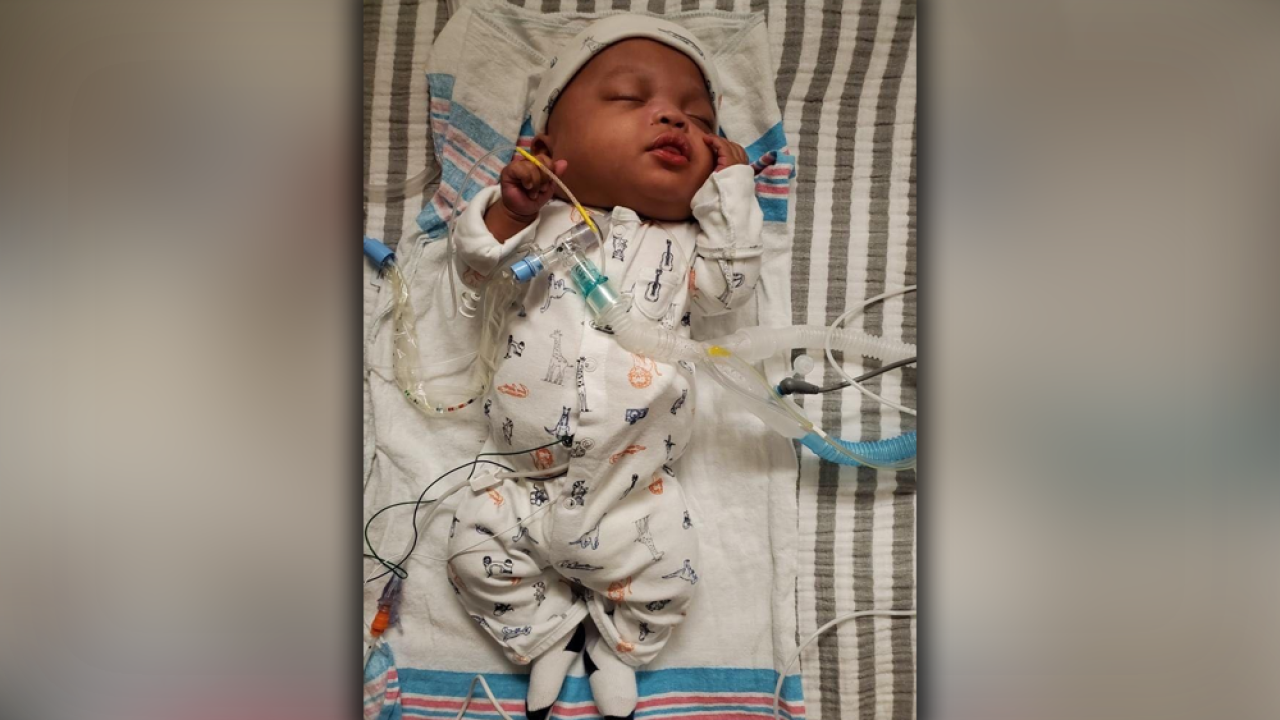 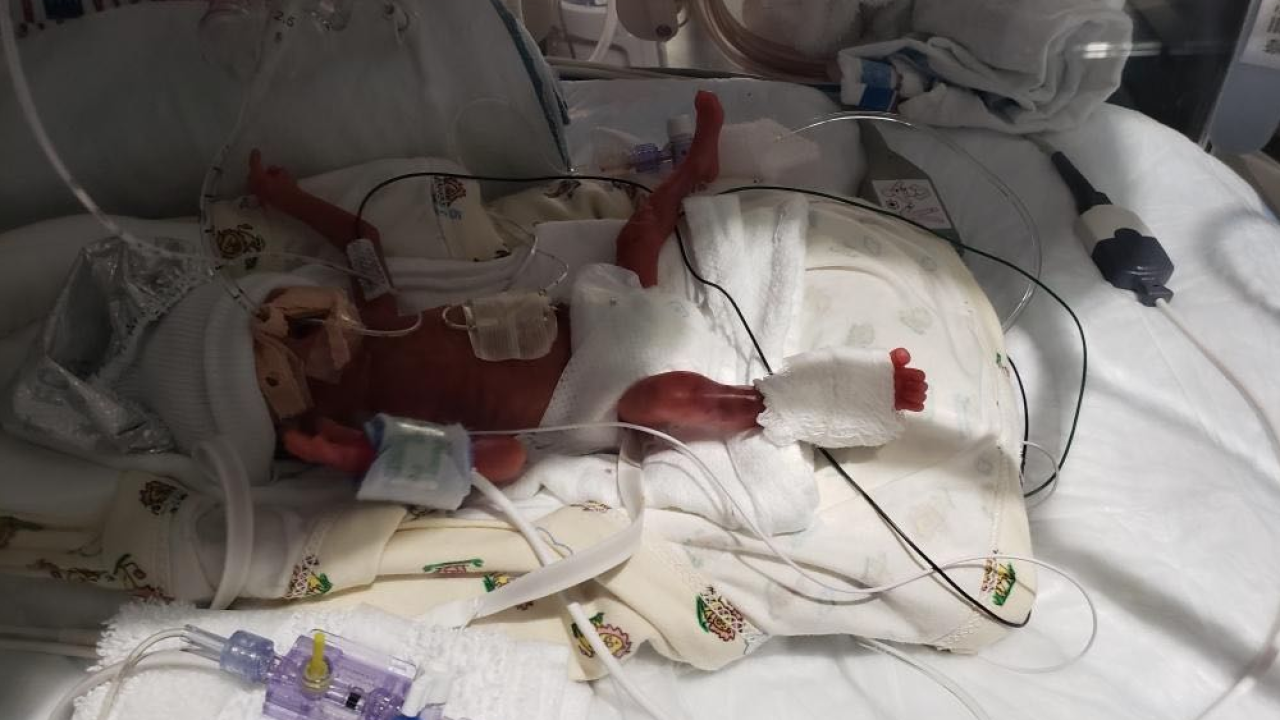 WINTER HAVEN, Fla. — It’s rare for a baby born before 23 weeks to make it.

According to Reuters Health most babies born at 22 weeks have just a 7.3 percent survival rate, that rate surges to 24 percent when sent to the NICU.

Yet, one Polk County baby is beating the odds.

“It is so amazing, we feel so blessed,” Jennifer Mason said as she was bringing her now 10-month-old son home for the first time.

Kresten Mason was born at just 22 weeks, one day.

His mother, Jennifer, tells ABC Action News she has had problems with an incompetent cervix in the past.

In fact, Jennifer has two little angels who were born far too early and didn’t make it because of the same issue.

A sensitive topic, Jennifer smiled and pointed to their pictures saying “they are Kresten and KJ’s little sisters.”

Now settling into their Winter Haven home, Kresten is the exception — their fighter.

In the last ten months Kresten has been through three surgeries, including an operation to close a hole in his small heart.

“So he’s had one for the PDA closure, a Gtube and a trache,” Jennifer said.

But, the Masons consider themselves lucky. Born at just 22 weeks old Kresten was one pound and could fit in Jennifer’s hand.

Most hospitals will not intervene when a baby is born before 23 weeks.

This included the hospital Jennifer had previously given birth with her first son, Keegan Junior, three years prior.

When she realized she was yet again having complications with her cervix, Jennifer researched hospitals which would help her baby survive.

Jennifer’s husband, Keegan, was surprised with Kresten’s will to live, saying the boy was born so early, his nipples and fingernails hadn’t formed yet.

“Oh man, like you know seeing that he was grown from out of the womb. It’s weird seeing when a baby is not fully developed it just looks so weird but then seeing him grow into this little human being it’s amazing,” he said.

According to Reuters Health, the odds for babies born so early are not good.

"As a proportion of all deliveries including stillbirths, vitually no babies born at 22 weeks survive. And among only the live births at this very early stage, just 7.3 percent of babies survive. But survival rates surge to 24 percent for the subset of these bbies who can be admitted to neonatal intensive care units. (NICU)."
You could see the joy on the Mason’s faces as they were finally home from the hospital.

A nurse helping them settle in with Kresten’s oxygen tank and heart monitor.

Despite the many cords, IVs and other equipment, Jennifer says Kresten is pretty healthy.

“It’s overwhelming because you do have your doubts, am I capable of doing it knowing that I don’t have the nurses and RTs there daily to get me through the questions I have. But I know we will get through it.”

The 10-month-old, who by the way slept through the entire interview, will have to use assistance for breathing for the next few years of life.

His parents say only time will reveal if he has any developmental delays or problems with hearing and vision.

“Keep praising God that he will continue to help Kresten grow,” Jennifer said.