Big Fat Tip gives back to those who wait on us 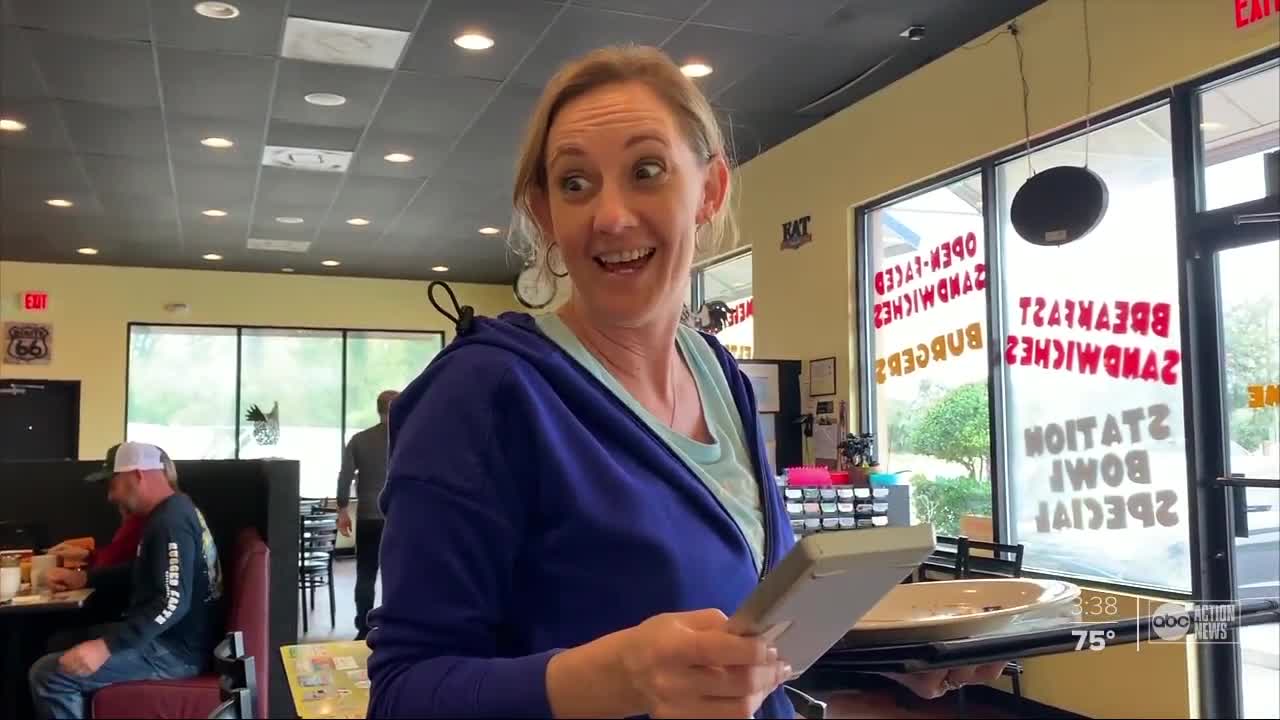 There is a new nonprofit organization called The Big Fat Tip that's giving back to those who wait on us. http://bit.ly/2VjEBpY 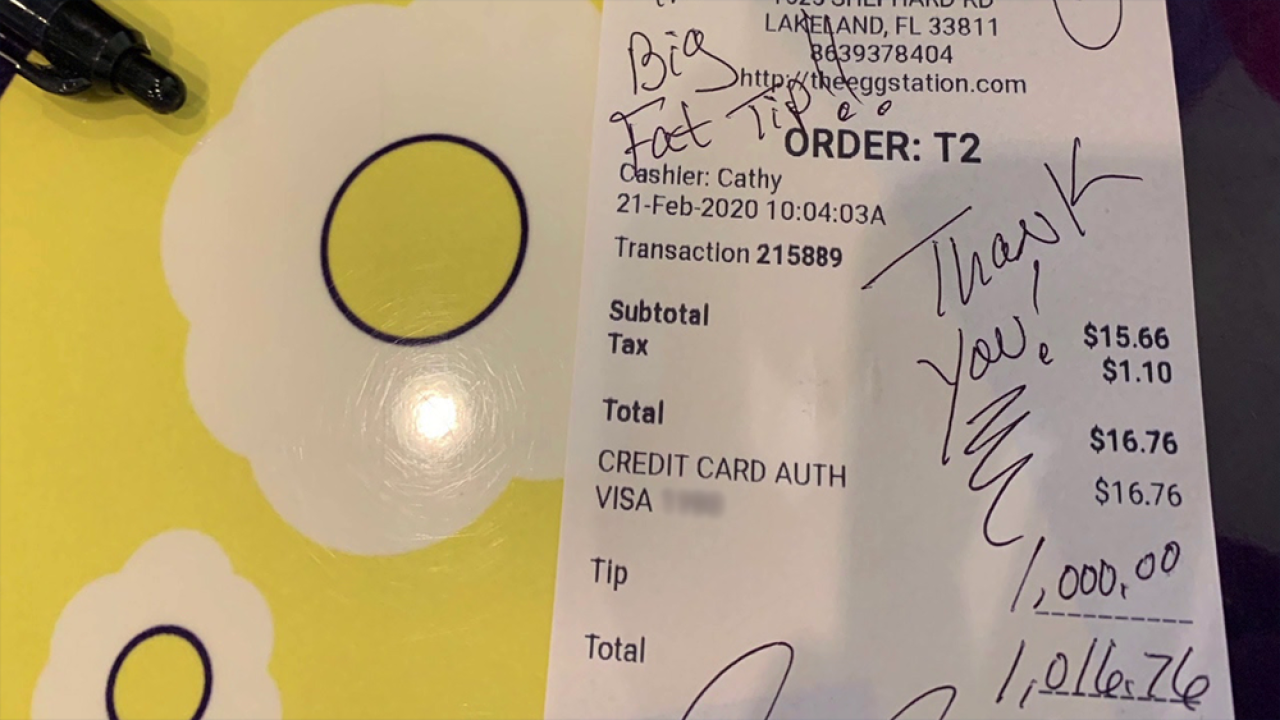 POLK COUNTY, Fla. — Anyone who has ever worked in the service industry knows their income is based on tips, and there are no guarantees how much those tips will be.

Former waitress Deedre Daniel decided to start a new nonprofit organization, called the Big Fat Tip, to give back to those who wait on us.

“I used to wait tables at an Applebee's in Tallahassee, Florida. I also bartended,” said Daniel. “And I always made this pact with myself that one day when I made it, I would go around giving out big fat tips.”

In the past year, Daniel has gone to 10 different businesses around the country, leaving each person who waited on her a $1,000 tip.

Her most recent act of generosity was at the Egg Station in Lakeland, where she met Kathy Mayfield.

Mayfield isn’t just a waitress. She is a mother with two jobs, who is trying to put her son and daughter through school.

“I always wonder what kind of day they are having. They’ve come into work, I look around, I see how other customers are treating them and I wonder what are they thinking, what are they going to think when they get this tip,” said Daniel.

“All the reactions are unique, but the one thing they have in common is shock,” said Daniel.

Following the heart-stopping news, Mayfield sat down with Daniel.

“People donated from all over the country so that we can put together $1,000 and give it to a totally random stranger and you are person number 11,” said Daniel.

During every trip, Daniel brings along a donor who contributed to the nonprofit. In this case, it’s Justin Batten.

“It was a really unique cool experience to make someone’s day who had no idea this was going to happen,” said Batten.

“It’s super cool because people don’t realize what it takes to be a waitress, the stuff that we go through, physically, mentally, and I’m just so grateful for this,” said Mayfield.

For more information, got to bigfattip.org.