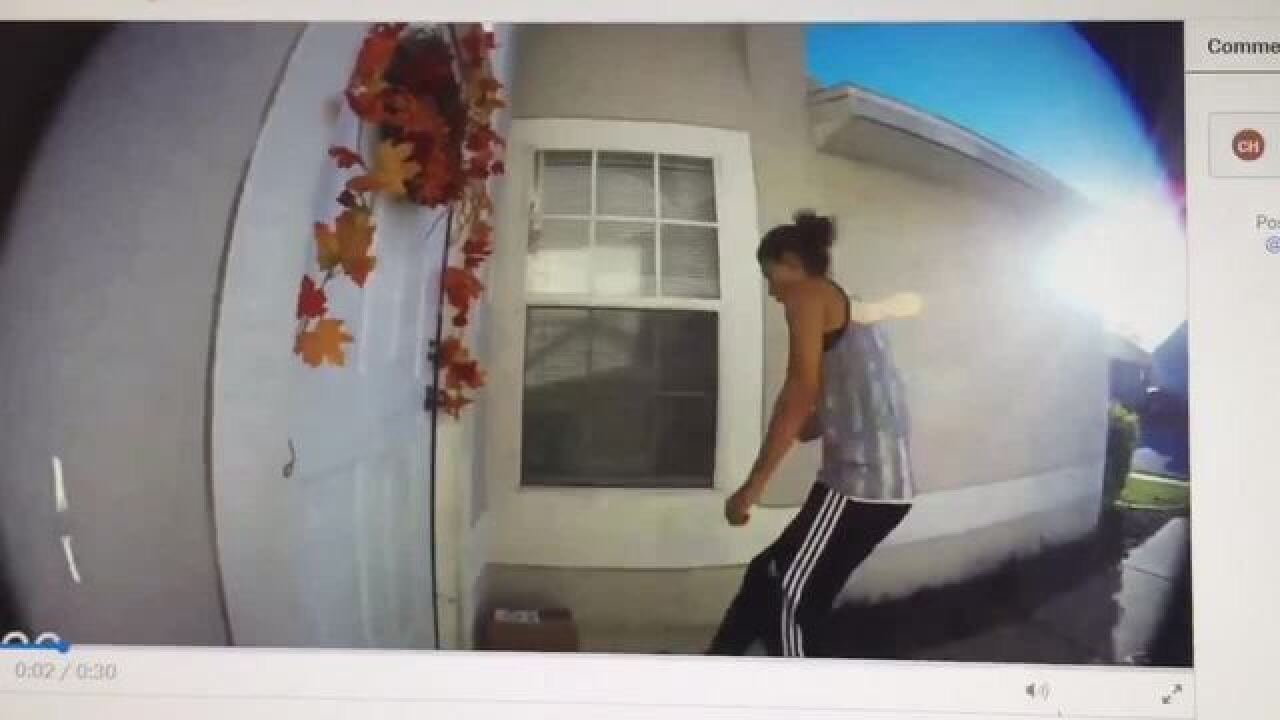 Porch pirate season seems to be starting early this year.

And ABC Action News has researched ways you can prevent yourself from falling victim.

“Happens about every year before Thanksgiving,” Stephanie Fuller said. She watches it happen every holiday season, right in her own backyard.

Five different packages were stolen throughout Davenport, less than a mile away from each other.

Neighbors assume the assailant was following a delivery truck.

“They think that it’s a good time to hit those trucks because everybody is shipping packages early,” Fuller said.

One victim says the criminals are becoming more bold, as they took her delivered package while her family was inside.

“My dad was home, my two teenage sons were home and there was a car in the drive,” Emma Shepherd said.

The most recent video shows a woman running up to a Davenport home and taking an Amazon package.

Investigators found each package about a mile away, ripped apart and many of the items still left inside.

In September, Amazon started requiring drivers to take pictures of items delivered to your door step, if you don’t answer.

New advice strongly recommends home owners to install security cameras or invest in items that alert you if a package has been removed from its location.

The tried and true way to avoid it all together is to wait for your package in person or to have it delivered to your office.

“I work hard to provide for three kids at Christmas, I'm a single mom. So what they are doing is devastating not just for the people that are buying the presents but for the kids never get to open them at Christmas,” Shepherd said.