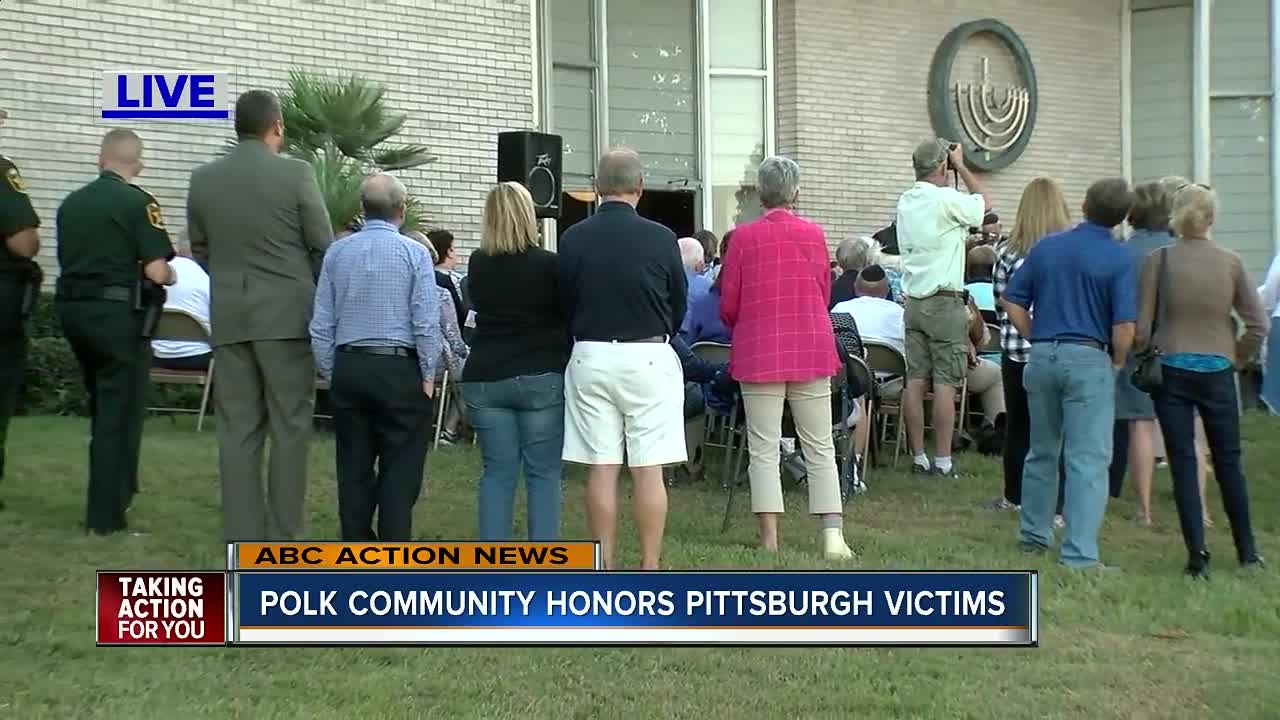 Local people come together to remember and react to victims of the Pittsburgh shooting. 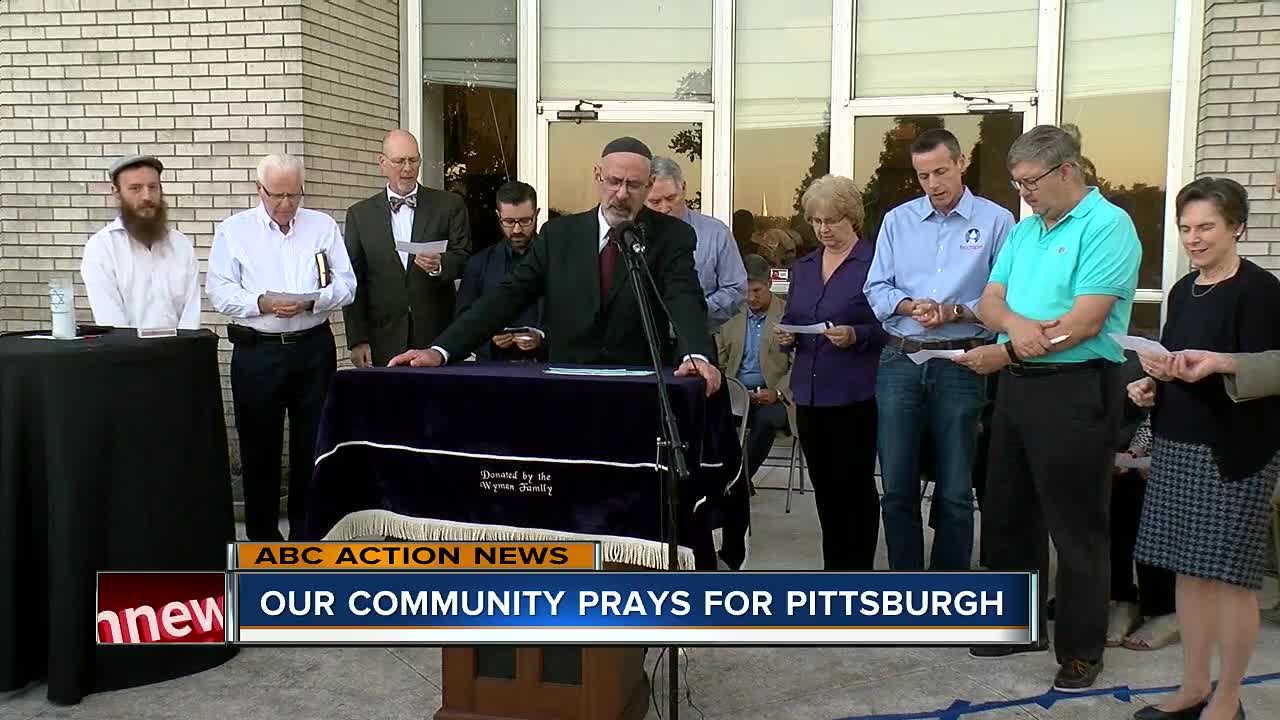 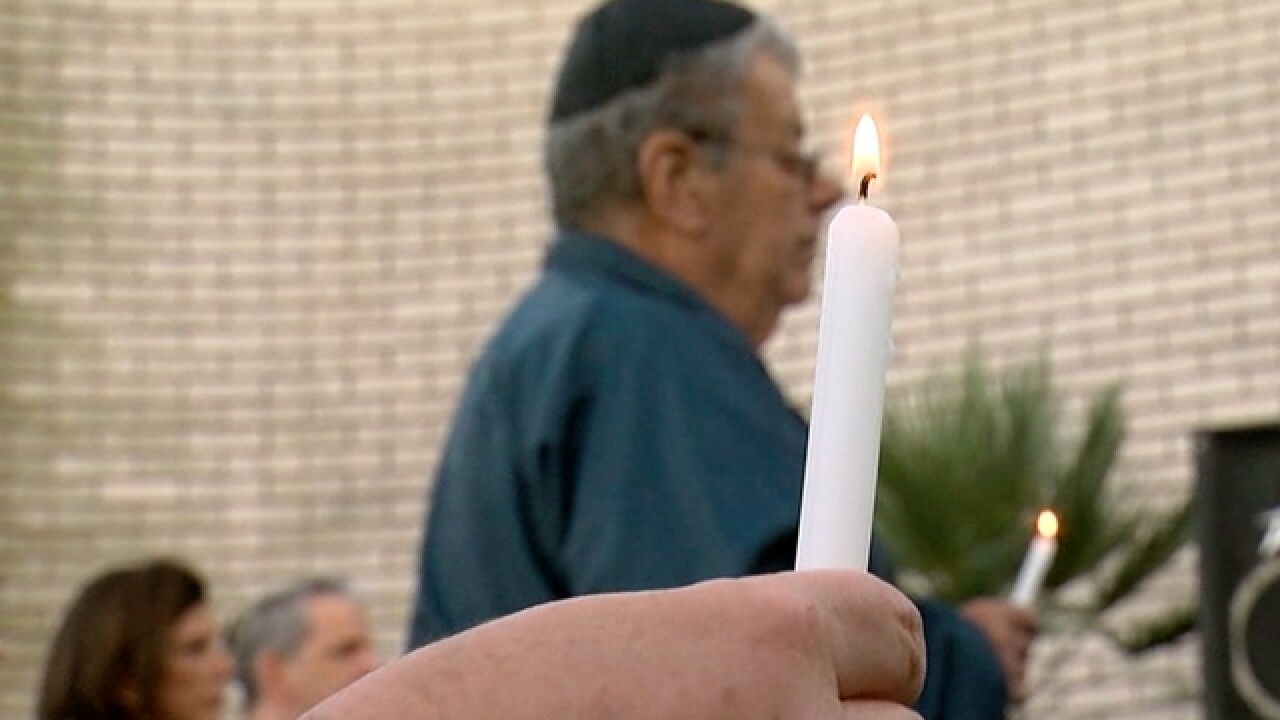 LAKELAND, Fla. — A Tampa Bay area synagogue held a remembrance service in honor of the victims killed at a synagogue in Pittsburgh.

Rabbi David Goldstein of the Temple Emanuel of Lakeland said the message, Sunday evening, was one of unity. Authorities said a gunman killed 11 people on Saturday as they worshipped in a synagogue in Pittsburgh.

"In Judaism we would say that every Jew is part of our family so no I didn't know them personally, but they're a part of my family," Rabbi Goldstein said.

Rabbi Goldstein lead the service of unity and remembrance Sunday evening. A large crowd stood in front of his synagogue for the service. The service lasted for nearly an hour.

"America was founded on a concept of freedom...liberty....and when life is taken because of hatred and prejudice, bigotry...some of that dream is destroyed," Rabbi Goldstein said.

Many people said they wanted to show they were standing together in Florida after the tragedy in Pennsylvania.

"We’re all people who need to stand up together to …to totally abolish any of this type of hatred and violence," one speaker said.

Members of other churches in the area attended the service because they wanted to share their support.

Janet Earls is a member of First United Methodist Church of Lakeland. She said she wanted to feel connected with other people in her community as people mourn the lives cut short.

"It's heartbreaking what happened, and I just wanted to demonstrate caring for other people," Earls said.

She continued, "I just think that if it would have happened to the Methodist (church) that my brothers and sisters here would be with us too," Earls said.

People prayed and showed their support Sunday night by standing together as one community.

"Today we are all members of Tree of Life synagogue and Temple Emanuel. We stand with our Jewish friends," one speaker said.

There is a vigil Monday night in Tampa at the Congregation Rodeph Sholom locates on 2713 Bayshore Blvd in Tampa. It begins at 7 p.m.

The Jewish Federation of Sarasota-Manatee will also hold a community-wide vigil for the victims Monday night. It begins at 7 p.m. at the Larry Greenspon Family Campus for Jewish Life. Due to increased security, reservations are required. For more information visit jfedsrq.org