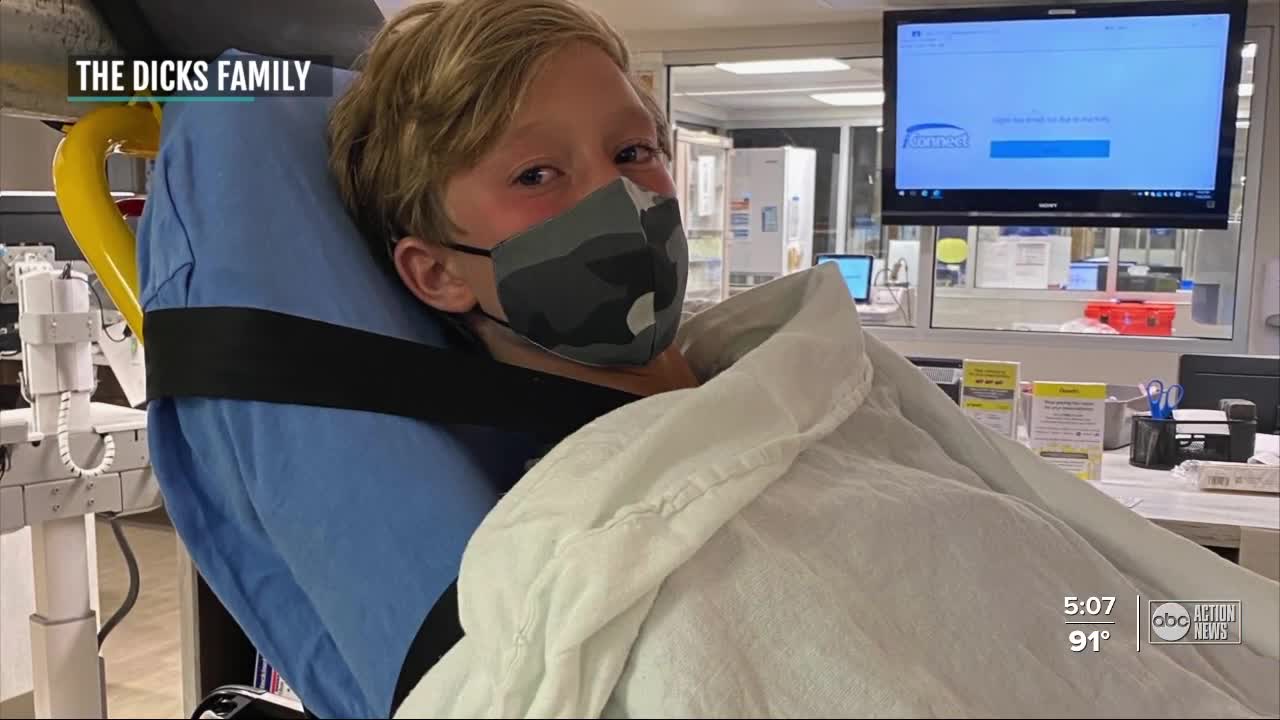 An 11-year-old boy is recovering after getting bit by a shark Thursday. 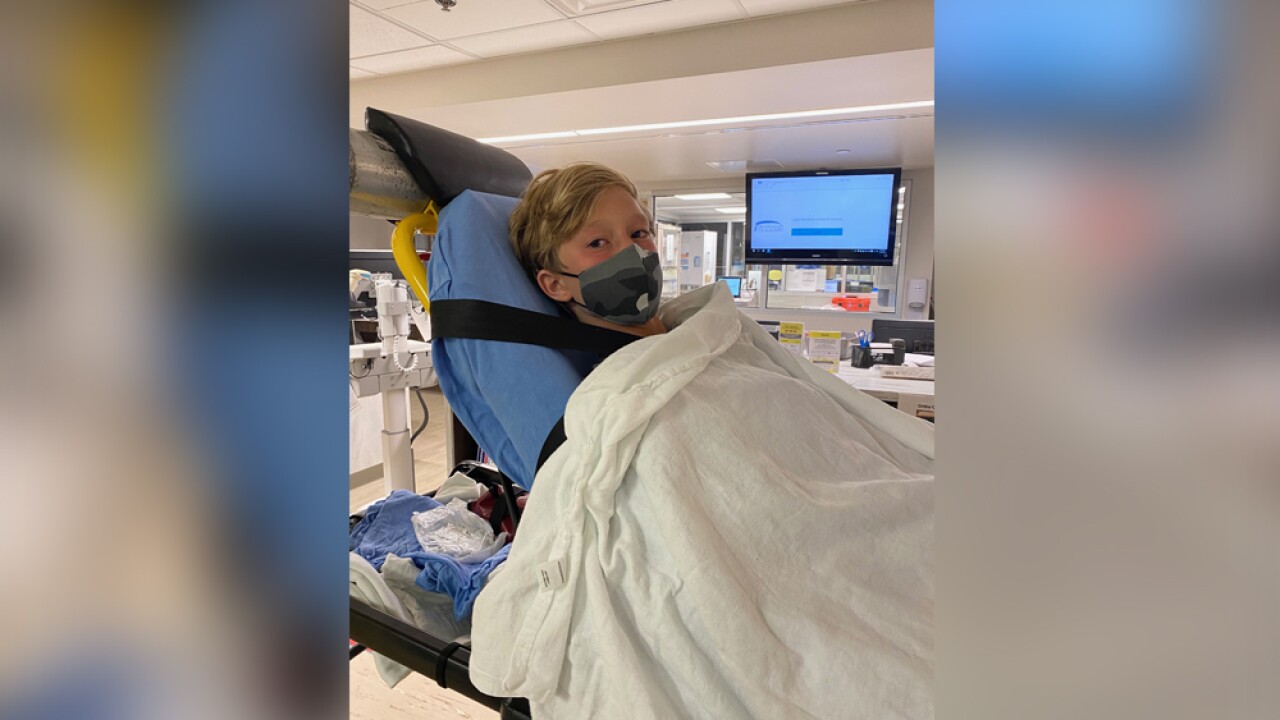 VOLUSIA COUNTY, Fla. — An 11-year-old boy is recovering after getting bit by a shark Thursday.

Carson Dicks of Lake Wales was at New Smyrna Beach with his cousins and his aunt when he was bitten.

"I did not see the shark. I was coming out of the water and it was gushing blood,” he said. Carson said nobody saw the shark, because the water was murky and that it felt like something heavy was on his foot but then realized what happened. “It hurt,” the boy added.

Carson and his cousin had been body surfing in the water and decided to head back to the beach. It was when he was walking out of the water when he said it felt like a fish bit him. He didn't think it was a shark bite right away.

"It just hurt at first but once they wrapped it, it didn’t really hurt that much," he said.

Carson's mother, Pam Dicks, says she and her husband were in Lake Wales when they got the phone call.

"I think we are still in a daze about it because you never expect it to happen to you or your child so I think that it’s still a little unbelievable," she said.

Carson was taken to a nearby hospital by his aunt. Pam Dicks said her son was too afraid to go to the hospital in an ambulance. Carson was quickly transferred to Orlando Health Arnold Palmer Hospital where he had surgery the following morning.

According to his mother, he had multiple cuts on his right foot and his big toe's tendon was shredded. But she says, Carson is expected to make a full recovery.

The Dicks family says they've been swimming at New Smyrna Beach for years without any issues and don't expect this to deter them.

"It may just be building sandcastles and pushing off of a boat for a while but yes, he will go back," Carson's mother said.

Since surgery Friday morning Carson has since been released from the hospital and felt good enough to travel to South Carolina to watch his sister play in a Junior Olympic softball tournament.

His first check-up is on Monday.

In 2019, Florida Museum recorded 21 shark bites across the state, none were fatal. Volusia County has the highest number of recorded shark attacks in the state with 312 bites in all time.

"This will be a story you’ll always be able to tell. You may not like it now but it will always, not too many people get bit by a shark.” Pam Dicks said.