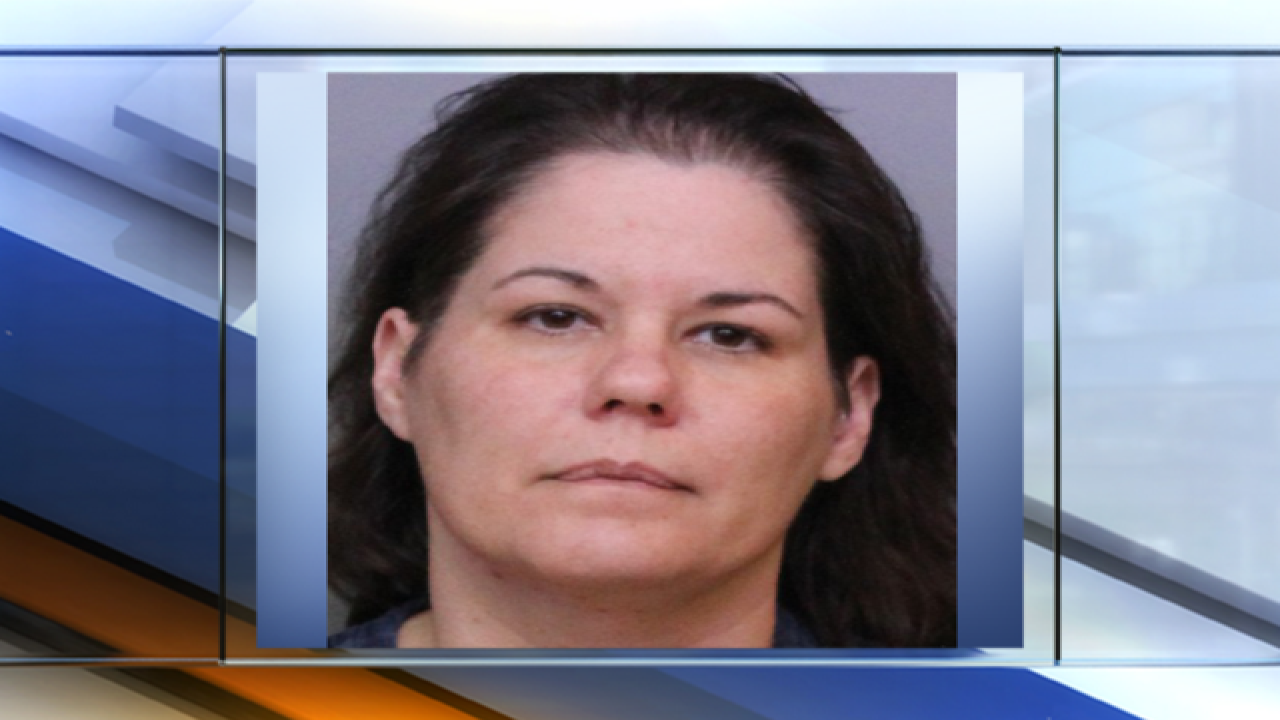 Detectives from the Polk County Sheriff's Office arrested a former behavioral therapist for molestation and child abuse of two patients.

According to investigators, Lazzara, who was employed as a behavioral therapist for Big Bear Behavioral Health in Maitland, went to the victims’ home on April 24.

Lazzara tried to get a female victim out of bed for a session, but the child refused.  That prompted Lazzara to leave the room.  She grabbed a bow and arrow and pointed it at the child.  Lazzara then struck the child on her legs with the arrow to get her up, according to an arrest affidavit.

The affidavit also states Lazzara took the child to the back of the property to talk.  During this time, Lazzara asked the victim if she wanted to be spanked and proceeded to roll her on to her stomach and stuck a lighter between her legs. Lazzara then took spray paint and sprayed the child on the leg and then sprayed the mom on her private parts.

The victim ran away and jumped into a parked car at the front of the house.

Lazzara followed the victim and then exposed her breasts to another victim.  She said, "See, I have boobs" and placed them on the back of a victim's back.

"I was having a bad day and I only remember certain things," Lazzara said in a post-Miranda interview.

"You can't make this stuff up," Sheriff Grady Judd said during a news conference on Tuesday.

Judd stated the victims are 11 and 13-years-old.

"I don't remember everything that happened that day.  I am sorry for what I did, I don't need to be a therapist anymore.  I don't need to work around children," Lazzara said.

She was fired following her arrest, according the Polk County Sheriff.

He says she's been arrested twice, once in 2006 for selling, producing alcohol to someone under 21 and for a DUI in 2010, something her employer could have spotted before hiring her.

"I don't know if it's her egregious conduct that upsets me the most," said Judd, "or the fact that Big Bear put someone with a history in home counseling by herself."

Big Bear was notified of the incident and took immediate action to address the concerns reported to us. Big Bear places great value on the confidentiality & safety of our clients and staff, and are dedicated to serving our community with caring, competent strength. We pride ourselves in working with clinicians of the highest caliber, and exceed all local, state and federal guidelines in qualifying our employees prior to hire. We are cooperating with the authorities during their investigation and will continue to address and questions from them immediately.

Sheriff Judd questioned if Lazzara's employer even conducted a simple background check before hiring her.
Dr. Jay Wolfson, associate VP of USF Health, says Big Bear Behavioral Health has a lot of questions to answer for if Lazzara was performing an in-home session with minors.
"These allegations are horrific," said Dr. Wolfson. "If she had been screened, given what exists in her record, she should never had been allowed to be around children."
After a search of state records, ABC Action News has uncovered Lazzara was never licensed to do any professional therapy work.
Copyright 2017 Scripps Media, Inc. All rights reserved. This material may not be published, broadcast, rewritten, or redistributed.